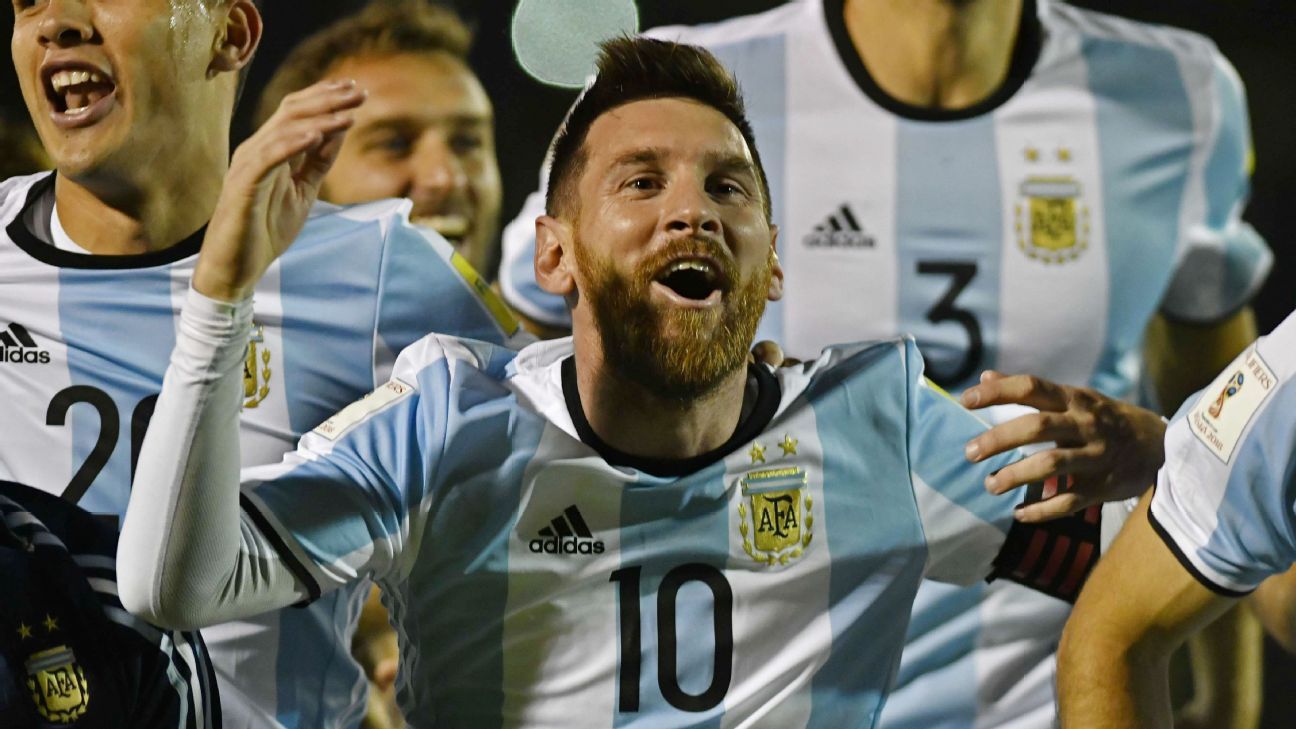 
Lionel Messi’s leadership skills in his role as Argentina captain came as a surprise to his new international teammate, German Pezzella.

Messi has been criticised in the past by some, including Argentina great Diego Maradona for lacking the required “personality to be a leader.”

Pezzella was called up for the first time to the Albiceleste for his national team’s final World Cup qualifiers against Peru and Ecuador and although the Fiorentina defender did not feature in either game, he did get to experience Messi’s influence in the changing room.

After a goalless draw with Peru, Argentina claimed a place in next year’s World Cup with a 3-1 win at Ecuador on Oct. 11, with Messi scoring a hat trick.

“I was surprised off the pitch by how positive his mind was and his words before each game,” Pezzella, 26, said of Messi to EFE. “He was convinced that everything was going to be all right. After the game against Peru he was the first to say that there was one shot left and we had to make the most of it. That gives one the push to continue, a bigger one especially coming from him.”

Messi, a five-time Ballon d’Or winner, has frequently been compared with Maradona throughout his career and often been criticised because Argentina have not won any major titles with the Barcelona star leading their attack.

“Each person deals with things a certain way and each leader transmits his views in a certain manner,” Pezzella said. “[Messi] does so with his play, his way of being. When one sees Messi, it already brings respect.”

Pezzella, who has represented his country at under-20 and under-23 level, is hoping to earn a place in Jorge Sampaoli’s squad for next year’s World Cup but knows competition will be fierce.

“For me it was just an enormous joy to be there [national team],” the former River Plate player said. “One always works with the hope of being given that opportunity. It arrived and it was great.

“However, one always looks at it with the aim that it has continuity and that it is the start of a long journey and not just an isolated case.”

Pezzella joined Fiorentina on a season-long loan from Real Betis and has started in seven Serie A games for La Viola.

Whether Pezzella travels to Russia with the Argentina squad or not, he knows Messi and the national team will aim to reach the top.

Messi and Argentina have lost three straight finals at major competitions in a three-year span, with the first coming at the 2014 World Cup against Germany.

“The goal of the national team each time it goes to a World Cup is to win it,” he said.

“Argentina can reach finals but if you don’t win them, you don’t get the real extent of what one has achieved.

“There is still a year remaining and we have to try to prepare for it in the best possible way.

“Once that preparation is over, we will see which players the coach sees more useful for the team.”