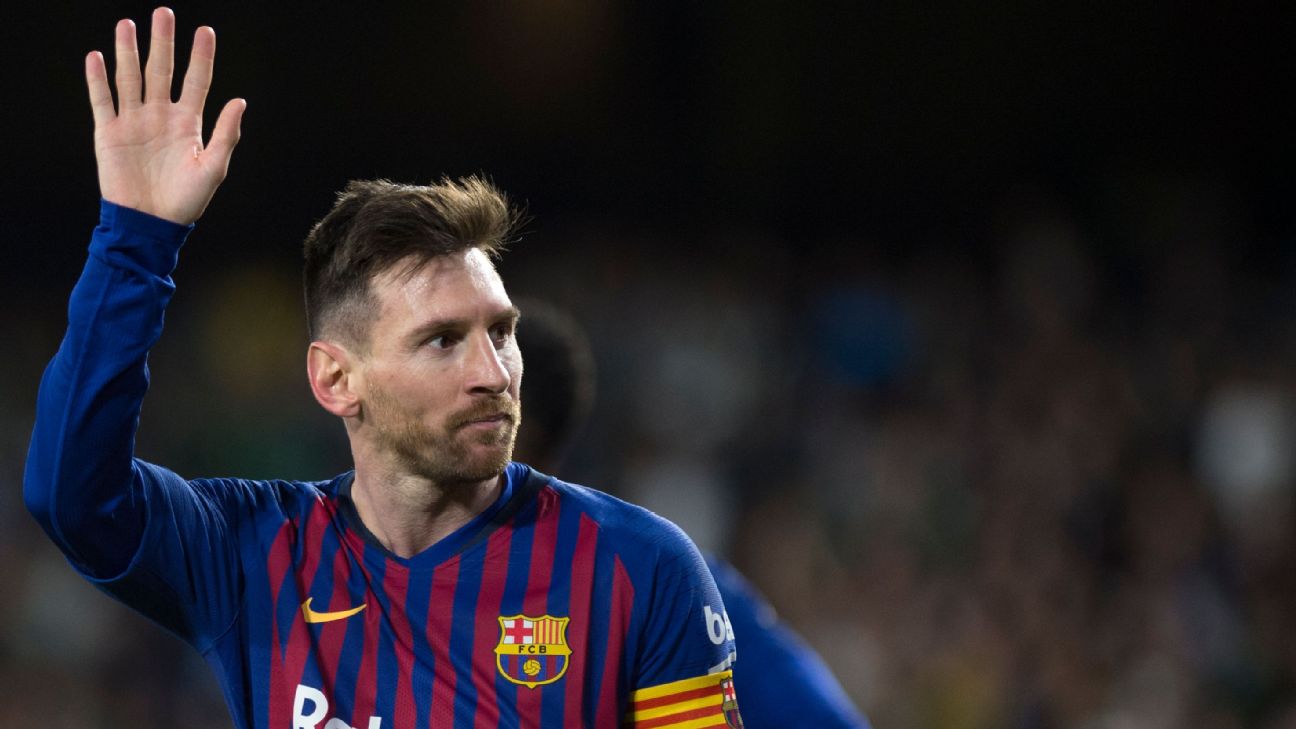 
It’s a remarkable thing when a sportsperson produces a moment of exceptional all-time achievement but the reaction to that excelsior moment becomes almost as powerful as the event itself. I’d argue that Lionel Messi fused those wonderful, human themes together on Sunday night: immense action followed by extraordinary reaction.

In my lifetime there have been many examples. Not identical, mind you, but moments that live on for reasons other than the athletic achievement no matter how important it was. Take the image of Cassius Clay flooring Sonny Liston in Lewiston, Maine, and towering over his spreadeagled heavyweight championship rival while shouting “Get up and fight!” Neil Leifer captured a picture, a moment, a rising tide of all-time iconic importance. His photo lives on today.

Without pausing at every instance, there are many others that moved me both in their execution and impact/reaction.

Take Marco Tardelli burying a left-footed drive past the hated Toni Schumacher in West Germany’s goal in order to establish a two-goal margin in the 1982 World Cup final. The Juve midfielder’s arms-akimbo, liquid-faced “what just happened?!” celebrations moved the world, became iconic and, again, live to this day.

You’ll have your own list: Ronaldinho and the Madrid fans at the Bernabeu in November 2005, Johan Cruyff in brilliant orange dancing through the 1974 World Cup, Nadia Comeneci’s beautiful, perfect-10 scores in the 1976 Olympics. Each of them were wonderful actions in isolation and brought equally memorable reactions around the world.

I would add Messi in Sevilla against Betis on Sunday night.

In football, the concept of “all-time best” can only be decided factually by medals, trophies, numbers of goals; measurable, quantifiable things. However, objective assessment of “the all-time best hat trick” is impossible. After all, beauty is in the eye of the beholder. So it’s nothing more than my respectable opinion that, against Betis, Messi might have executed the most beautiful, the most technically brilliant hat trick of goals that football has seen. Given where he stands in his glittering career, it’s even more remarkable still.

You may disagree. It might be that with evidence to the contrary I could be persuaded to alter that view. But right now, every sense I possess is still buzzing with the utter joy of what we witnessed from Barcelona’s No. 10 on Sunday night.

First was his heat-seeking free kick into the top corner, then a goal the opposition manager described as “Playstation” for 2-0 and finally, an Augusta Masters golf shot of a chip over Pau Lopez for the fourth goal, hit while Messi was on the run and with barely a look at the goalmouth, which stunned not only the opposition but his own teammates and the watching world.

The ripple reaction to that goal — Messi’s exquisite skill, his imagination and a geometrically perfect calibration, all produced at high speed — has been glorious to watch. But then there’s the immediate reaction on the night.

Real Betis fans are loyal, noisy, hostile to rivals and yearn to get the upper hand on their hated, and more successful, city neighbours. They are proud, demanding and, frankly, long suffering. Impressing them is hard. Impressing them and earning their reverence when you’ve just torn them to shreds with a third goal? That ought to be impossible. Getting them, under those circumstances, to roar your name, worship you with the “we’re not worthy” gesture and applaud until the palms of their hands stung? That’s like giving Usain Bolt a head start in the 100m final and romping past him with a backwards look before the tape, or calling prime Mike Tyson a coward, dropping your guard, jutting your chin and still taking his belt off him in two rounds.

When that tidal wave of applause, appreciation and veneration swept around the Benito Villamarin on Sunday night, the green-and-white Betis hordes weren’t simply earning their club a deeply enriched reputation or gaining themselves worldwide appreciation for such sportsmanship. They were aggrandising Messi’s goal. It was already great, but their reaction elevated it to the pantheon of all-time moments.

I was on match commentary with my colleague Simon Hanley and I know that in the split second of Messi scoring that third goal, his chutzpah, the brilliance of calculation and the theatrical thrill of the footballing heist this little diamond of a man pulled off, took the breath away. Our first instinct as a pair was to laugh out loud because your brain tells you: “He’s done it again! Despite all the times you’ve seen him, he’s shocked you again!”

(I was present for his first ever Liga goal, against Albacete 14 years ago, and the vast majority of the several hundred since.)

The first instincts of so many players — like Pau Lopez, the beaten keeper, Ivan Rakitic, Clement Lenglet, Marc Bartra, Luis Suarez — was to throw their hands on their heads, puff out their cheeks in appreciation to beam with the appreciation of having been on the same pitch when that hat trick goal was scored. But what ensured this moment became “all-time special” was how the vanquished venerated the victorious.

I want to link this sentiment, the instinctive overwhelming appreciation Betis fans showed Messi to a question I’ve now heard, read or been asked hundreds and hundreds of times with increasing frequency. “How on earth will we enjoy football when he’s retired? Will our world feel empty and pale and withered?”

You know the conversation. You’ve probably participated in your own version of it, but I’ve been preparing for a long time. Because I’ve been around quite a while, I’ve seen footballers I utterly adored come and go. It inflicts a sense of loss, particularly someone as much fun, as rewarding and as stimulating as Messi.

We live in a world that’s too full of bile, of hateful actions, of stupidity, of duplicity, of mediocrity and of horror. I think that a man like Messi, and others who might not quite be at his level but do share his imagination and daring, injects something lovely into our all our lives. Hope, stimulation, admiration, honesty, fantasy, fun, laughter, appreciation: these are fundamental human qualities that not only enrich our lives, but enrich us as human beings.

That’s what we witnessed on Sunday night when the Betis fans chanted the name of the guy who’d just smashed their team.

It came from the core; it came from their souls. It wasn’t calculated. There was no thought of how what they were doing might buff up their club’s image, nor was there any thought of being unable to appreciate Messi because of the shirt he wears. None of that.

So yes, when Messi retires or moves to another continent or slows down, we’ll miss him brutally. But what he emphasised on Sunday night, to me at least, is that he’s just a lightning conductor for the things that make our sport great.

Football truly is one of the greatest inventions of humankind’s existence, like music, like art. like literature. When Mozart died, I’m certain there were some who believed that no music would match his, that no man could be so creative or touch so many listeners. But in due course, along came Frank Sinatra, Elvis Presley, Ella Fitzgerald, Aretha Franklin, the Beatles, Bernstein, Cole Porter, Mick and Keith, the Stone Roses, the Clash, Paul Weller, Carol Kaye, Amy Winehouse. You get the picture.

Football, like all great arts, is an immutable force: it produced Messi. He simply adorns it. His presence and his genius has already have inspired millions who wish to imitate him, emulate him, venerate him with their own tricks and chutzpah. Just like he inspired the Betis faithful at the weekend. That’s already a massive achievement.