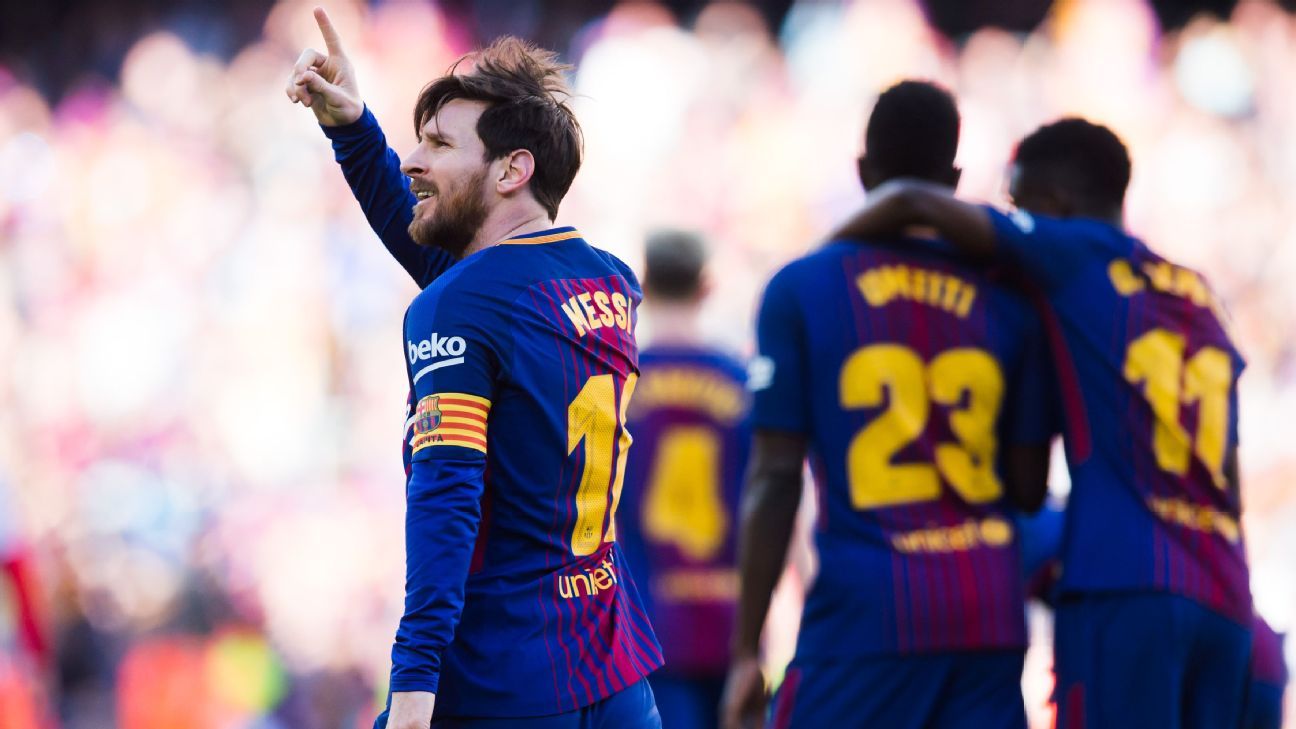 Messi returned to Barca’s starting lineup for the midweek win over Roma after only being used as a substitute in the draw with Sevilla last weekend.

Valverde admitted the forward isn’t completely rid of the hamstring problem which kept him out of Argentina’s games against Italy and Spain a fortnight ago but suggested the best medicine is being on the pitch.

“We will see [on Saturday],” Valverde said in a news conference when asked if Messi would start against Leganes.

“He played the other day [against Roma] but he did get a rest from the start against Sevilla after the problems he had with Argentina.”

“But he’s a player that wants to play, that needs to be active because that’s when he feels best. We will talk after training [about whether he needs a rest].”

Sergio Busquets is likely to sit the game out, though. The midfielder returned from a broken bone in his foot to start against Roma, but asked to be taken off in the second half.

Valverde says he “will not take risks” with his players’ fitness at this stage of the season, with Busquets expected to join the injured Lucas Digne on the sidelines.

If Barca avoid defeat against Leganes at Camp Nou, they will extend their unbeaten run to 38 games in La Liga, dating back to last April when they lost to Malaga.

That would draw them level with the 38-game unbeaten streak posted by Real Sociedad between 1979 and 1980, a run which remains a league record until this day.

However, Valverde says that — and the possibility of becoming the first-ever side to go a whole season unbeaten in Spain’s top flight — is not something on his mind.

“No, we’re not thinking about that,” the coach said. “Obviously they’re important numbers, but we have to win or draw against Leganes first.

“It’s a record which has been held by La Real for a very long time, which shows how tough it is to beat it. But yes, it’s nice that we have a chance to do it.”

The Leganes game is the third of seven matches in a 22 day period for Barca, with the Champions League quarterfinal second leg against Roma and the Copa del Rey final against Sevilla to come before April 21.

Valverde says Saturday’s game is the only focus, though, with five more wins all that is needed for Barcelona to wrap up their third league title in four years.

“What counts is the three points against Leganes because we need 15 more points to be champions,” he said. “There’s no need to think about any other games. If we win, then we will only need 12 points. That’s what matters to us right now.”