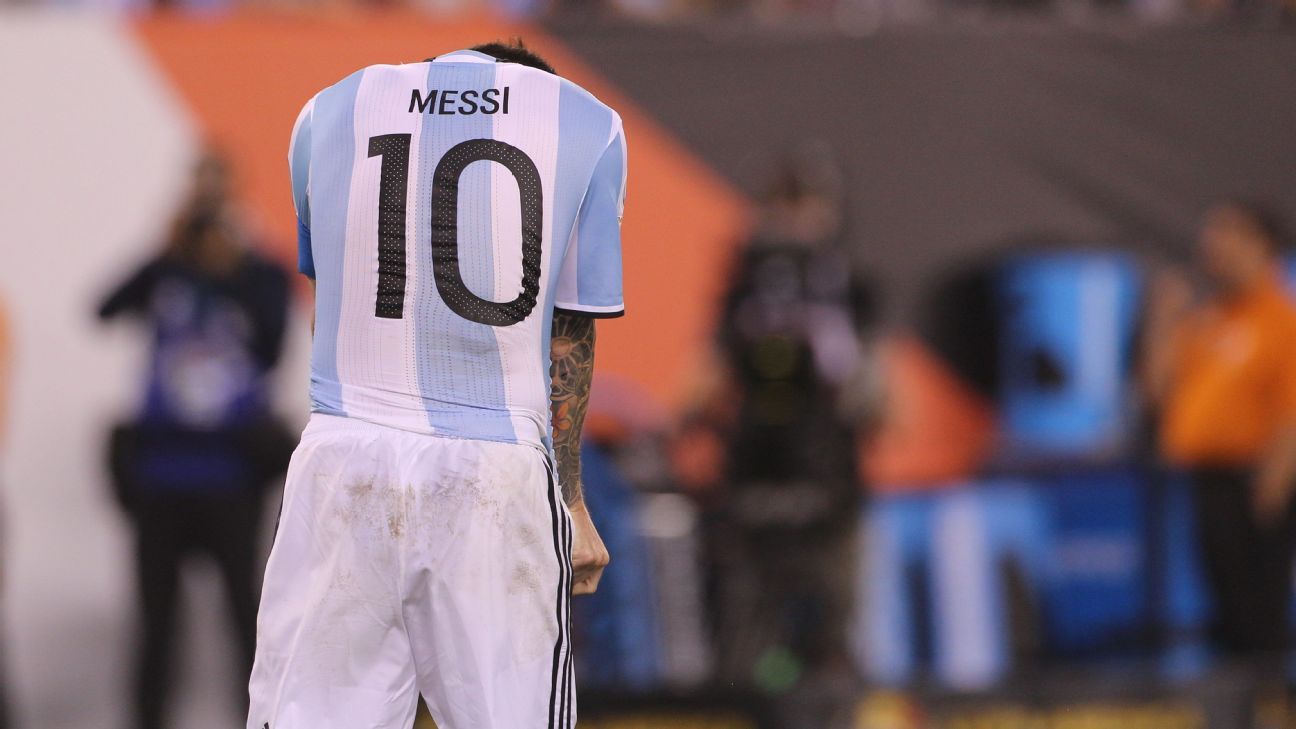 
One of Lionel Messi’s most difficult moments with the Argentina national team was following the loss to Chile in the final of the Copa America Centenario in 2016, according to Elvio Paolorosso, who was the team’s strength coach under Gerardo Martino.

After losing the World Cup final in 2014 to Germany and also missing out on the Copa America in 2015, Paolorosso said that Messi crumbled after Argentina lost their third straight major tournament during that summer of 2016. The veteran strength coach said he found Messi after the match sobbing uncontrollably.

“The scene in the dressing room after that Copa America was very painful, but the worst came afterward. Around two in the morning, more or less, I found Leo in front of his locker alone, completely alone, crying like a baby who had lost his mother,” Paolorosso told Jogo Bonito.

“He was hunched over there, and no one could console him. So I just put my arm around him and the two of us cried together.”

Paolorosso called Messi one of the most professional players he has every worked with and praised his work ethic and his willingness to always help his teammates and the coaching staff.

“I worked with Messi in Barcelona and in Argentina and I only have words of thanks and praise. He always worked really well with us, he would even notice whether the pitch was wet or dry.”

Messi did not rejoin the Argentina national team this September for friendlies against Guatemala and Colombia and is unlikely to play again in what remains of 2018.