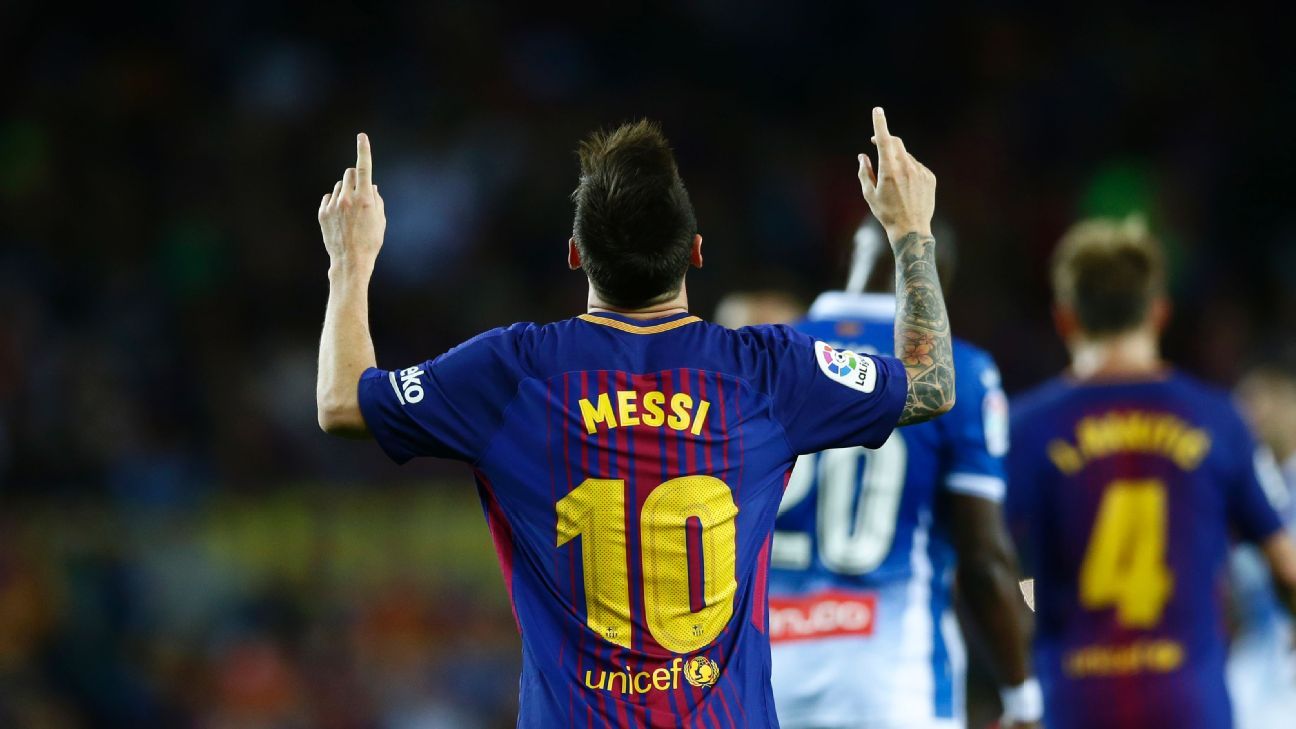 Barca announced in July that Messi had agreed to extend his contract until 2021, with his previous deal due to expire in 2018, but the Argentina captain has yet to sign it.

Barca president Josep Maria Bartomeu said this week that the deal was valid as Messi’s father, Jorge, had signed it.

And Fernandez said: “I point to our president’s words. [The signing] is an act which could happen at any moment. I hope it’s soon.”

Messi starred for Barca on Saturday, netting a hat trick as they beat local rivals Espanyol 5-0.

“He’s come back from international duty [with Argentina], after a lot of travel and two tough games,” Fernandez said. “He is capable of changing a game at any moment and the difficult thing he manages is to maintain that rhythm.”

A section of Barca supporters at the Camp Nou on Saturday chanted for the resignation of Bartomeu, who has come in for plenty of criticism this summer following Neymar’s departure to Paris Saint-Germain and the club’s struggles to bring in a replacement.

Fernandez admitted it had been a tough period for the club, but called for calm from supporters.

“We have had a difficult month. The most important thing in these moments is to remain calm,” he said.

“In complicated situations, with the summer we’ve had, calm is necessary. If we let time pass a little, we will see things differently. We respect all opinions, but the last two, three weeks have been complicated.

“The people that have had to explain things have not done it well. That includes me, among others, but also the media. And there are things which aren’t true. News has come out which isn’t real and these things do damage and create unpleasant situations.”

Fernandez also spoke about club captain Andres Iniesta, who is out of contract at the end of the season and has yet to agree to an extension.

“What we want is that Andres is here for many more years and that he ends his career here,” Fernandez said. “I’m convinced that will happen.”