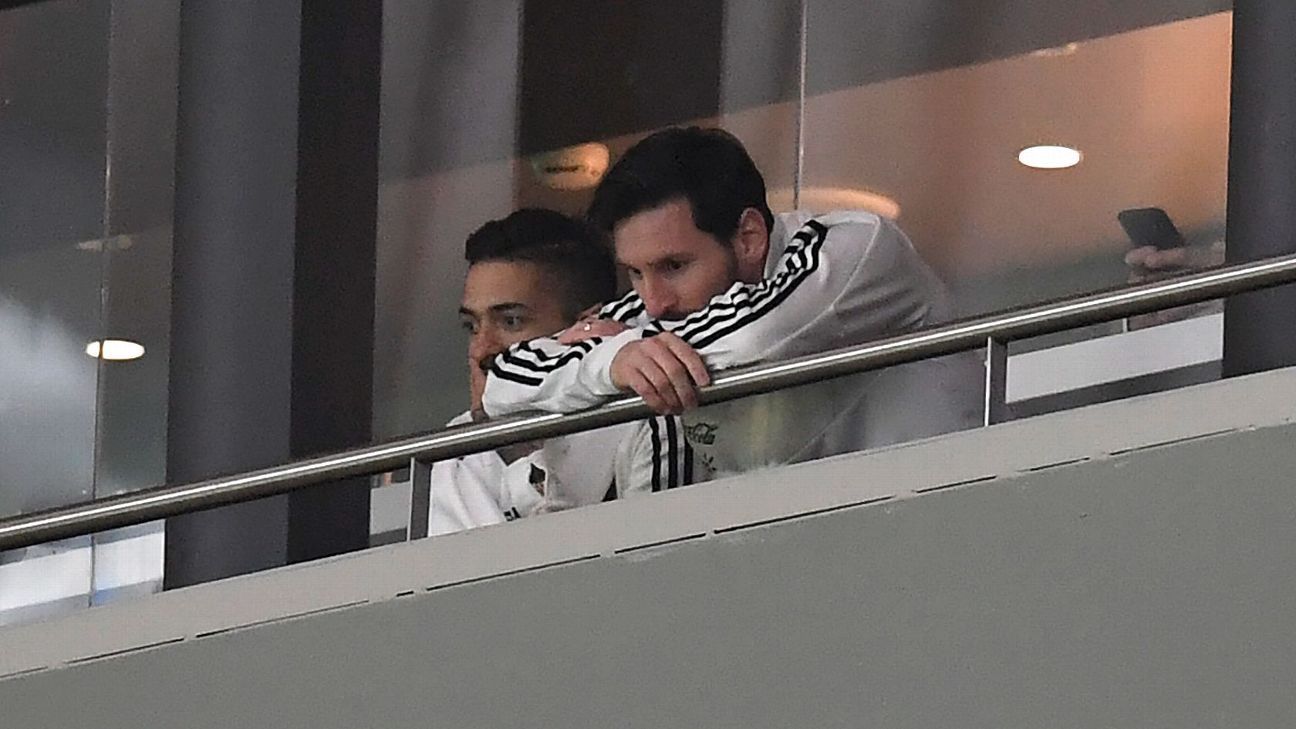 
Barcelona coach Ernesto Valverde hopes Lionel Messi’s hamstring injury is not serious with the forward due to undergo tests on the injury when he returns from international duty on Thursday.

Messi, 30, missed Argentina’s 6-1 defeat against Spain in Madrid on Tuesday after failing to recover from the minor muscle injury that had also kept him out of his country’s win over Italy on Friday.

Valverde said the problem is ongoing and that Messi played through the pain in Barca’s game against Athletic Bilbao two weekends ago, but he’s not overly concerned.

“I’m not worried because Leo knows himself very well, but we still won’t know too much until we see him [on Thursday],” Valverde said at a book launch. “He ended the game against Athletic well. It’s true he had a small problem, but it was nothing serious. I still don’t know what we’re going to do [about the injury] but we hope that it’s nothing serious.

“We’re not going to worry about something that’s not [been confirmed]. Once he’s seen the medical team, we will decide what steps to take. But we don’t think it’s anything serious.”

Messi, along with the rest of his teammates who have been on international duty, is due back in for training on Thursday, with Barca returning to La Liga action against Sevilla on Saturday.

It’s the start of a busy period that will also see Barca face Roma over two legs in the Champions League quarterfinal and Sevilla, again, in the Copa del Rey final on April 21.

Valverde, therefore, can ill afford to be without Messi, who is the club’s top scorer and creator this season with 35 goals and 16 assists in all competitions.

Goalkeeper Marc-Andre ter Stegen will also undergo tests on Thursday after missing Germany’s 1-0 defeat to Brazil on Tuesday with a knee injury.

However, Andres Iniesta and Gerard Pique both came through Spain’s games without doing further damage to the hamstring and knee problems, respectively, that have plagued them for the last month.

Nelson Semedo and Denis Suarez have both returned to training, too, and Sergio Busquets is progressing and expected to be fit for the game against Roma at Camp Nou next Wednesday.