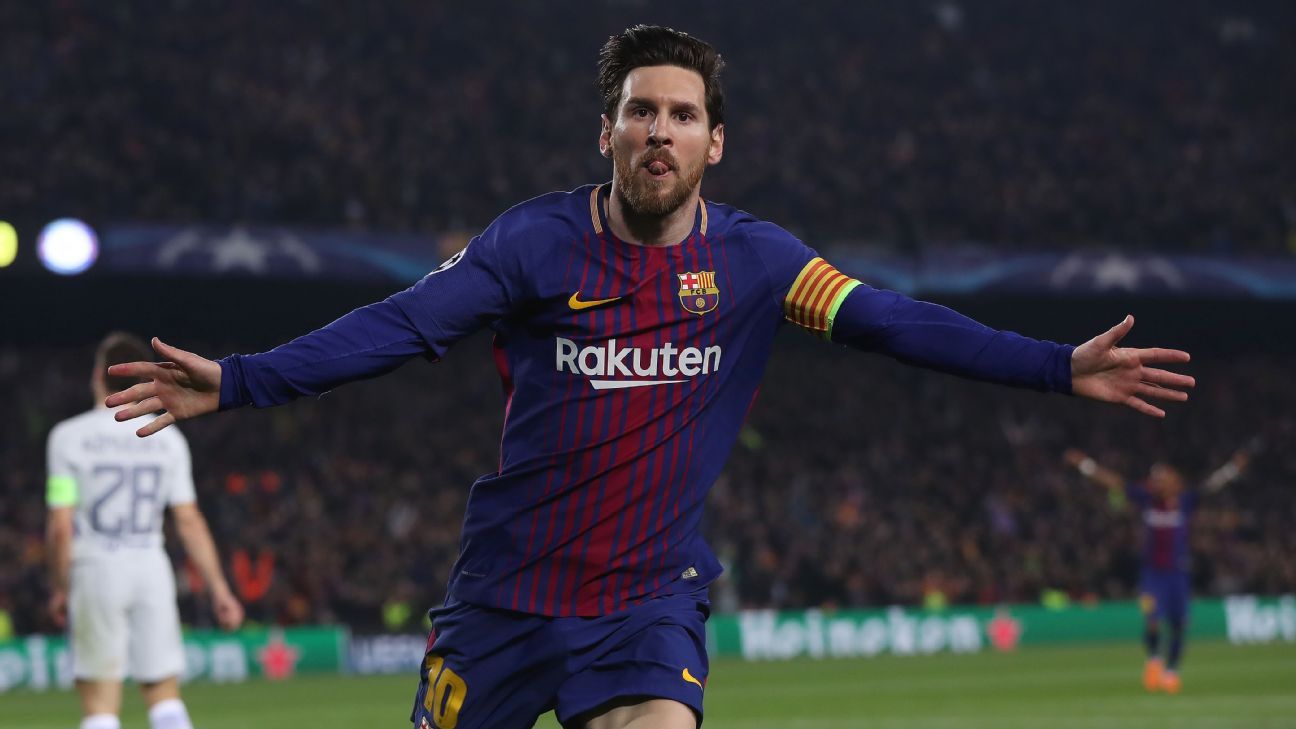 
BARCELONA — Barcelona have included Lionel Messi in their squad for this weekend’s game against Sevilla despite Ernesto Valverde admitting the forward is still struggling with a hamstring injury.

Messi missed Argentina’s matches against Italy and Spain during the international break and returned to Barcelona for tests earlier this week.

The Catalan club’s medical team gave him the green light to take part in training on Thursday and Friday, but Valverde revealed the forward does still have a minor problem.

Barca’s coach will now have to decide whether to risk him from the start against Sevilla or leave him on the bench with Wednesday’s Champions League game against Roma in mind.

“We’re taking care of Messi, just as Argentina did, but we will have to wait before deciding [whether to start him],” Valverde told a news conference on Friday.

“He [still] has a small problem and we have to avoid making it worse. I would like it if he didn’t have any problems, but it’s normal at this stage of the season.”

Asked if Messi’s fitness issues were keeping him up at night, Valverde added: “I’m like any manager would be when they have an important player with a knock. You can imagine!”

Messi, though, remains in good spirits despite the criticism which followed Argentina’s 6-1 hammering against Spain on Tuesday in Madrid — a match in which he didn’t play.

“He’s fine,” Valverde added. “I spoke with him [on Thursday] when he got back about how he is. Obviously he would have liked [Argentina] to win [against Spain] but as for the criticism which has followed, he’s used to dealing with that.

“I don’t think his mood has been affected in that sense, he’s doing perfectly fine.”

Valverde insisted Barca’s 11-point lead at the top of La Liga and Wednesday’s looming Champions League quarterfinal meeting with Roma would not influence whether he selects Messi against Sevilla on Saturday.

Sergio Busquets will definitely miss the trip to Sevilla but Valverde expects him to return to training next week and to be fit for Roma.

Elsewhere, Marc-Andre ter Stegen, Gerard Pique, Nelson Semedo and Denis Suarez have all recovered from various problems and are available for selection.

Defender Lucas Digne, though, is out for the next three weeks with a thigh strain.