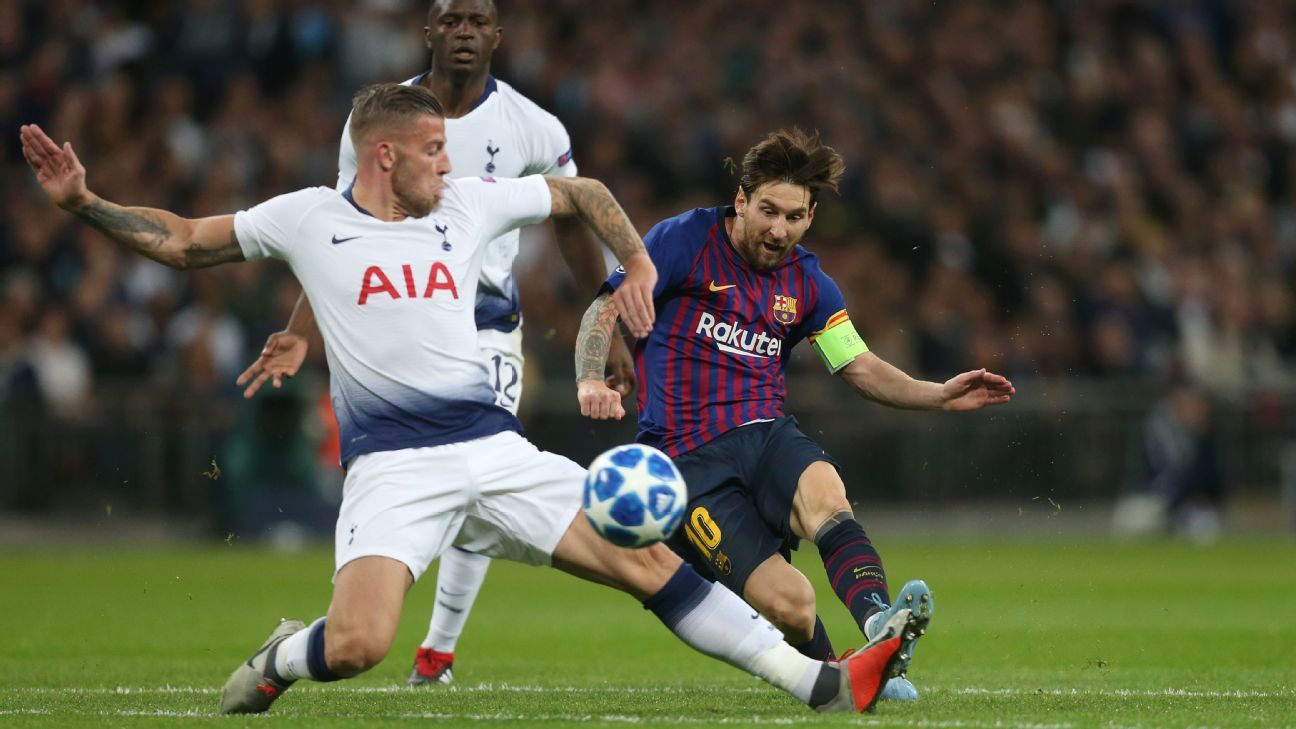 
Tottenham winger Lucas Moura has said that stopping Lionel Messi in Spurs’ game at Barcelona will likely determine whether they qualify for the round-of-16 of the Champions League.

Having beaten Inter Milan 1-0 at Wembley on Wednesday, Tottenham must match the Italian side’s result on the final matchday to qualify from the group.

Spurs head to Camp Nou to face group-winners Barca while Inter host PSV Eindhoven, who have already been eliminated, and Lucas said dealing with Messi is a priority for his side.

“We have to make a plan to neutralise Messi and play our game,” Lucas told Esporte Interactivo. “In the first leg we played well against them. Why we can’t repeat that, getting a win and try to stop Messi? It is difficult but it’s possible and we are going to fight.

“We knew that the possibilities of qualifying were very small but that was what I said about the PSV game. As long as there is a chance, we will believe and we will fight. The goal was to win here [at Wembley against Inter], now we are level on points with Inter ahead of the final game.

“We know it will be a difficult game against Barcelona, but I believe in our team. We will play on the front foot. We are talking about one of the best teams in the world, and on top of that playing at the Camp Nou, but there is no team that cannot be beaten. The game is 90 minutes long. We will prepare well to qualify for the next round. If we get it, it will have a special taste. We will fight until the end.

“Football is exciting because it’s unpredictable. Suddenly you’re through and you go into the knockout phase much stronger. As long as it’s possible, we will believe it. Our team has a lot of quality. We managed to beat Inter Milan by beating them at their game. In football anything can happen.”

The only English team to have beaten Barcelona at Camp Nou in the Champions League was Liverpool in the 2006-07 season, with Craig Bellamy and John Arne Riise scoring in a 2-1 victory for Rafa Benitez’s side.