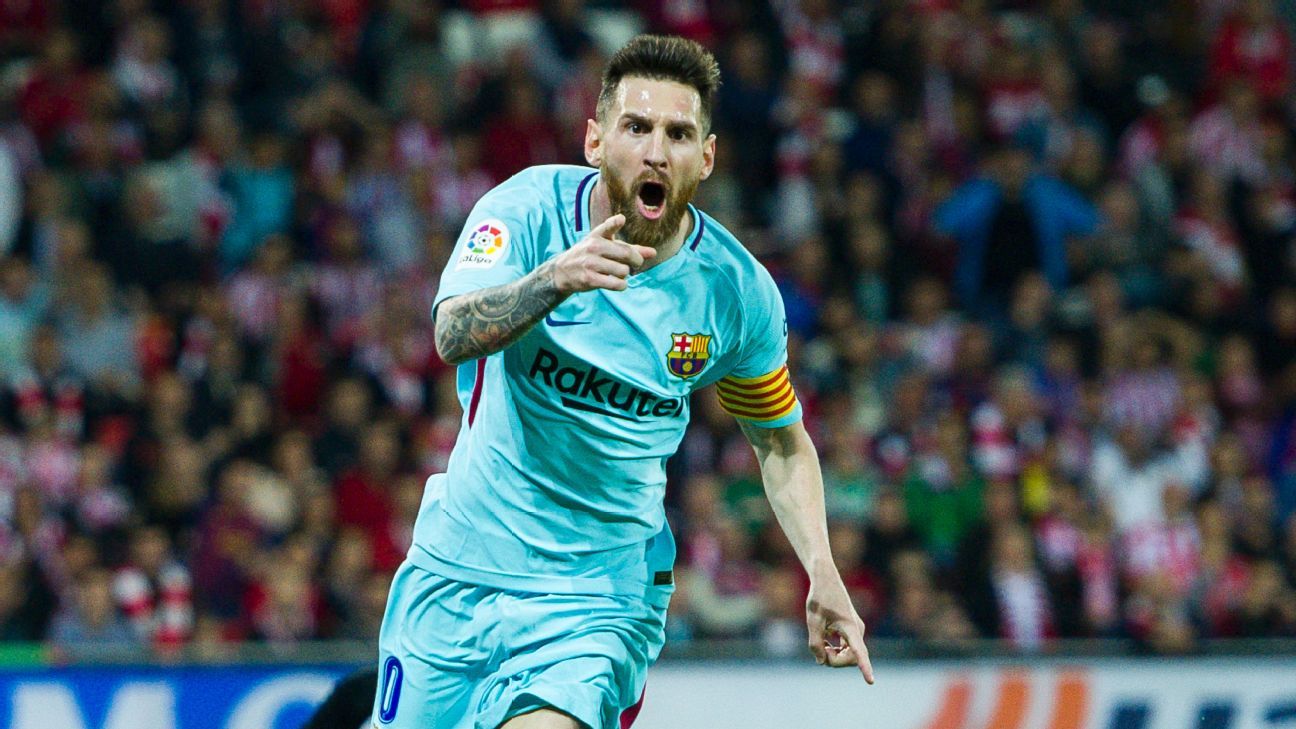 
Lionel Messi made his 600th appearance for Barcelona in the 2-1 win over Sevilla at the Camp Nou on Saturday.

Messi becomes just the third player to reach the landmark after former teammate Xavi Hernandez and current captain Andres Iniesta, who have made 767 and 642 appearances respectively.

The top five is completed by Carles Puyol (593 appearances) and Migeuli (549).

“It’s barbaric!” coach Ernesto Valverde said on Friday when asked to give an assessment of Messi’s milestone. “To reach 600 games with the same club, with all the goals he’s scored, the assists, the brilliance… it’s extraordinary.

“You run out of adjectives to describe his journey. It shows his importance to this club. It’s not just the 600 games — it’s how he’s played in those 600 games which show what Messi means.”

Frank Rijkaard was the coach who gave Messi his debut, bringing him on as a second-half substitute against Espanyol in 2004. Messi, then a teenager, went on to make a total of 110 appearances under Rijkaard.

Pep Guardiola, who had great success in moving Messi from the right wing into a more central role, used the Argentina international in 219 games.

Messi’s 600 appearances to date have seen 523 goals, with his 500th goal coming in stoppage time of a 3-2 win against Real Madrid in April.

Since his debut, the five-time Ballon d’Or winner has been on the winning side 426 times, tasting defeat in just 69 games.

He has won 30 trophies while playing for Barcelona, including eight La Liga titles and four Champions Leagues.