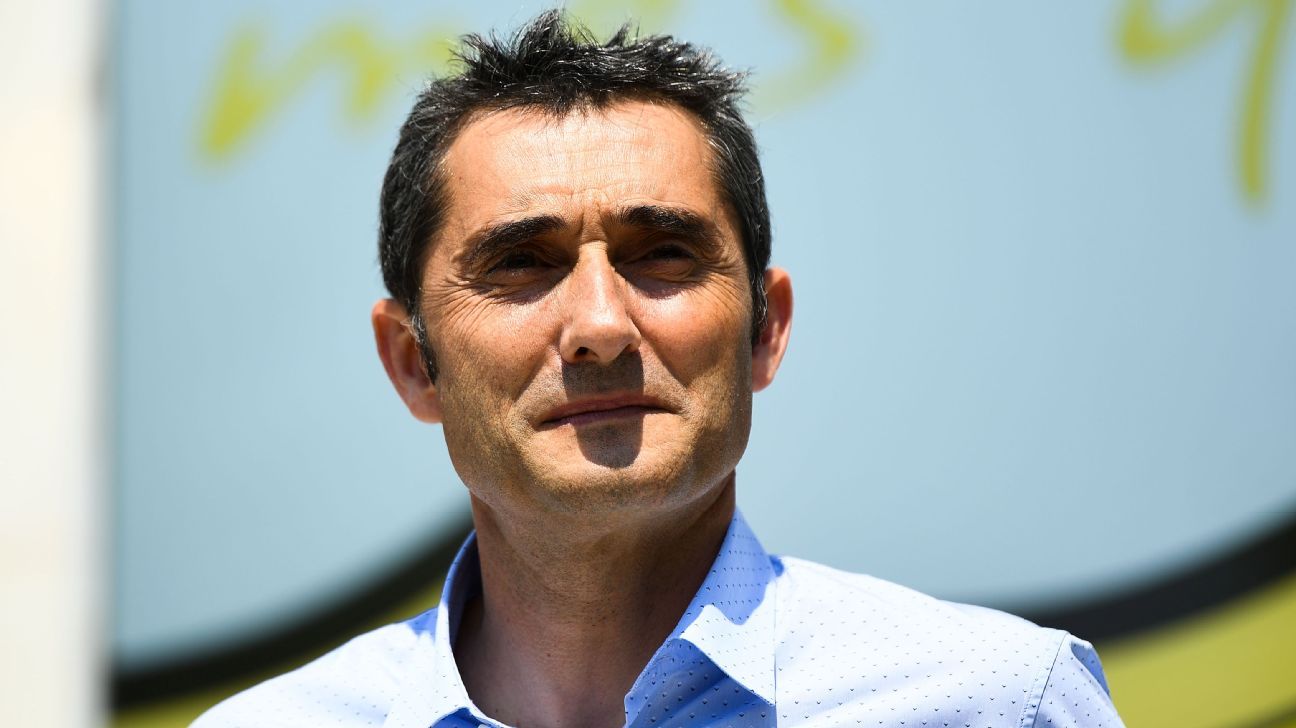 
BARCELONA — Ernesto Valverde wouldn’t say if he will rest Lionel Messi or Luis Suarez against Las Palmas on Thursday but he insisted his team selection will not be influenced by Sunday’s potential title-decider against Atletico Madrid.

Barcelona are seven points clear of second-place Atletico and could strike a definitive blow with a win at Camp Nou when the two teams meet this weekend.

“It’s a possibility, but we will see,” Valverde said at a Wednesday news conference when asked if the two players could take a break.

Suarez, who has scored 13 goals in his last 10 league games, spent the final five minutes of Saturday’s win over Girona trying to earn the booking which would have seen him suspended for the trip to Gran Canaria and therefore free to face Atletico.

The Uruguayan failed to accrue the caution, though, and remains available for the game. However, Barca coach Valverde may choose to rest him with the risk of a yellow card ruling him out of Sunday’s game.

Messi, meanwhile, has been rested several times this season with the latter stages of the Champions League and this summer’s World Cup in mind, and Argentina Football Association (AFA) president Claudio Tapia has spoken with the forward about playing less.

Valverde was adamant, though, that any decision he makes will not be affected by thinking about Atletico.

“Regardless, we’re coming off a game on Saturday, so there’s plenty of time to rest for [Las Palmas],” he said. “I don’t want to worry about games after. The focus is on this game. Every game is worth three points. Thinking about Sunday’s game doesn’t help.”

But despite insisting he’s only thinking about Las Palmas, Valverde did complain about La Liga’s scheduling of the fixtures this week that he believes leave his side at a disadvantage.

While Barca have their longest away trip of the season — it’s a three-hour flight to the Canaries — just three days before the Atletico game, Atletico play a day earlier at home against Leganes.

“This week, the schedule is against us,” Valverde said. “There are a lot of questions and reasons why schedules are the way they are and sometimes the sporting side of things is not considered as much.

“This time it’s us who have the long journey and who play a day later than Atletico. It’s not Atletico’s fault. They sometimes have to play in Europe on Thursday and then in the league on Sunday, but we’re talking about La Liga here, not two different competitions. Considering the importance of Sunday’s game, [La Liga] should have had it in mind.”

Valverde also knocked back Diego Simeone’s suggestion that Atletico are not capable of challenging Barca for the title.

“Knowing how Simeone and his teams compete, I have no doubt that they will fight until the end,” Valverde said. “Not even he thinks the league is over — of course he doesn’t. And nor do we.”

Barca are without Nelson Semedo, who has been ruled out for five weeks with a hamstring injury, and the suspended Jordi Alba against Las Palmas.

Other than that, they’re at full strength, with Valverde once again reiterating that Gerard Pique is fine despite an ongoing knee problem.