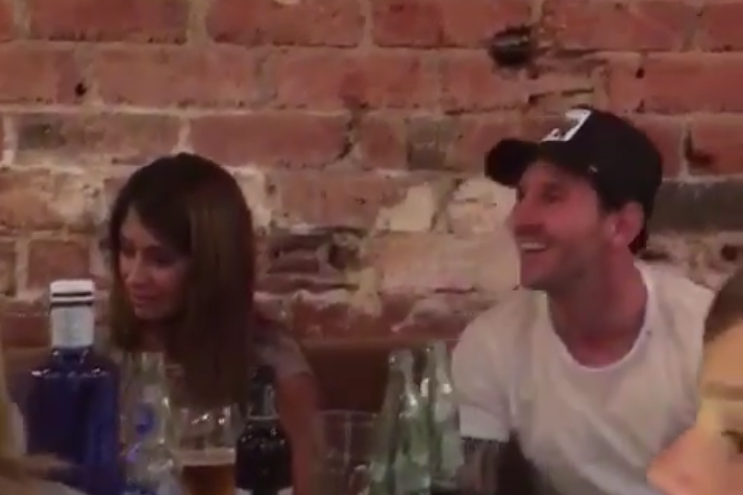 When it comes to eating copious amounts of pizza prepared by one of the world’s best dough tossers, Lionel Messi knows carbs don’t count when they’re consumed on holiday.

Messi, whose weakness for the dish has been well-documented, spent time during his Argentina sabbatical by receiving a first-hand demonstration from chef Fabian Martin — twice crowned in Naples as the world pizza champion and apparently a member of, yes, the Pizza Hall of Fame.

The Barcelona star, along with his wife, Antonella Roccuzzo, and children, visited Martin’s restaurant, in the town of Puigcerda in northern Girona, Spain, to witness the legend in action.

“How lucky to have the best footballer in history in the house,” Martin wrote on Instagram. “Many thanks to Lionel Messi, an extraordinary footballer but a better person.”

And it was Martin who, in turn, paid tribute to his customer, ending his whirling dazzle of spins and gyrations with a lovely scorpion kick of the dough that left Messi in awe.

As Messi undoubtedly knows, there’s nothing more special than making a bit of magic with your feet.