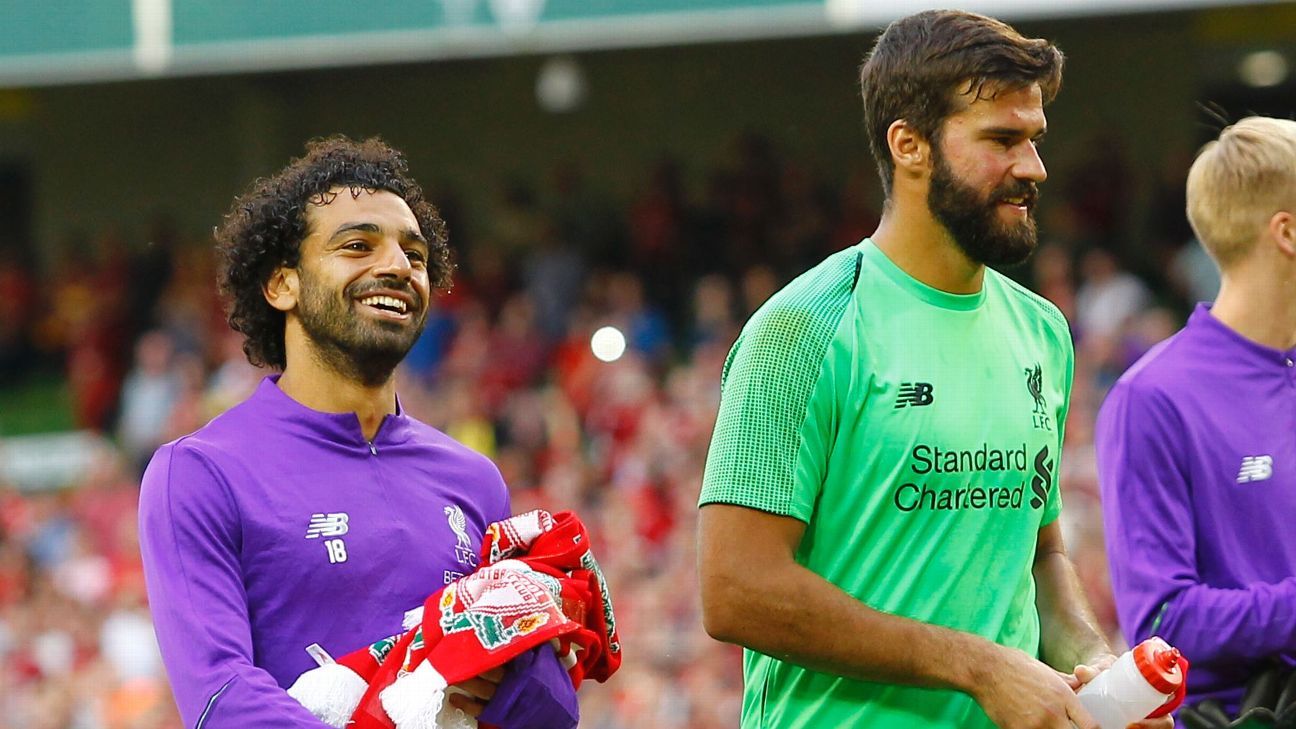 
Liverpool’s Mohamed Salah will compete with Barcelona’s Lionel Messi and Juventus’ Cristiano Ronaldo for UEFA’s award for best Champions League forward, while his new teammate Alisson is up for the top goalkeeper award.

Salah scored 10 goals in the 2017-18 competition to help Liverpool into the final, where they were beaten by Real Madrid.

Cristiano Ronaldo, who won last year’s award, was one of several members of that Madrid squad to lift the trophy for a third consecutive year. The Portugal forward, who finished as top scorer with 15 goals — the sixth time he is held or shared that honour — moved to Juventus later in the summer.

Messi is the third of the three forwards shortlisted despite only scoring six goals — including in both legs of the round-of-16 win over Chelsea — as Barcelona were eliminated by Roma in the quarterfinals.

Alisson is shortlisted in the goalkeeper category for his exploits in Roma’s run to the semifinals where the Italian club lost to Liverpool, the club he would eventually join in the summer. Real Madrid’s Keylor Navas is also nominated as is Gianluigi Buffon, now with Paris Saint-Germain, for his performances in his final year at Juventus.

Madrid duo Toni Kroos and Luka Modric are shortlisted in the midfielder category along with Manchester City’s Kevin De Bruyne, while the European champions are guaranteed to claim the best defender award with Marcelo, Sergio Ramos and Raphael Varane all nominated.

The awards will be decided by votes cast from the 32 coaches of the teams in last season’s group stage and a panel of 55 journlists from around Europe.