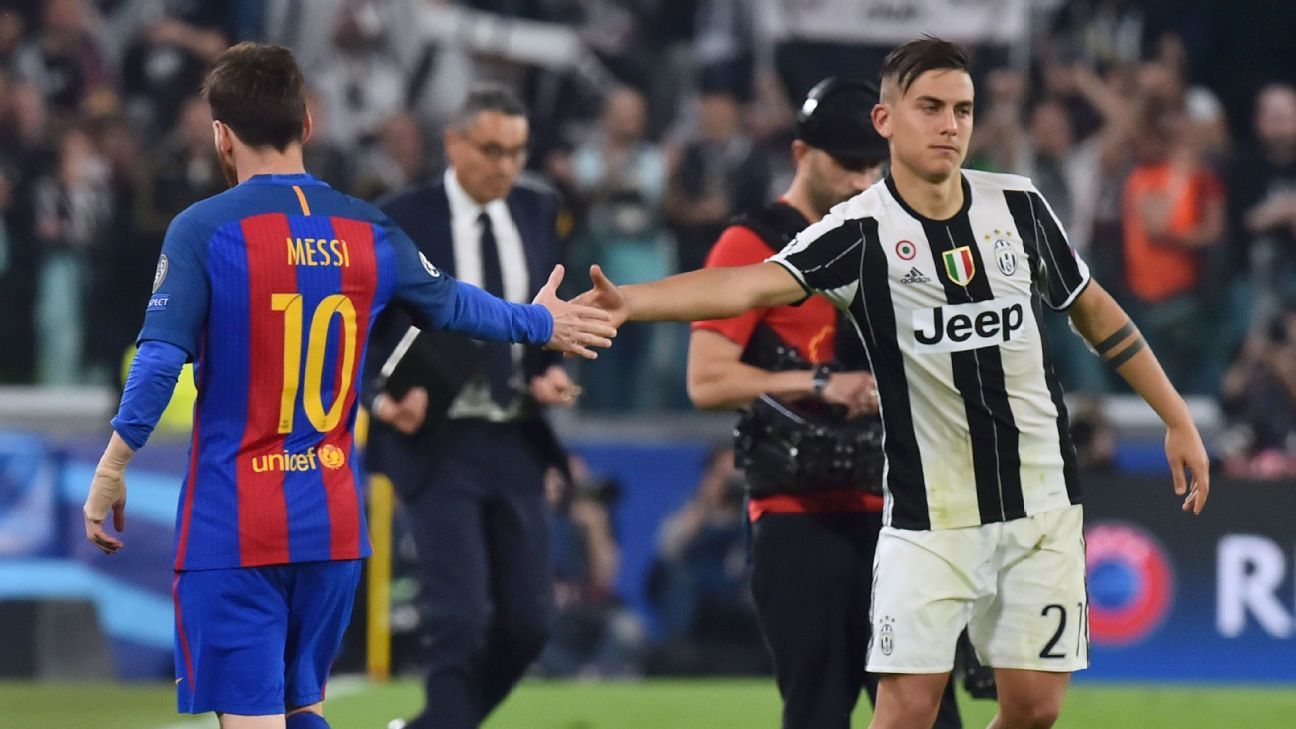 
Juventus coach Massimiliano Allegri says comparisons between Paulo Dybala and Lionel Messi will not affect his forward when the Catalans visit Turin on Wednesday night.

Dybala has been tipped to fill Messi’s shoes for club and country and Allegri now wants to see him go out at the Juventus Stadium and prove he is worthy of such praise, all the while ensuring it does not go to his head.

“To start with, I can confirm he will be starting tomorrow night,” Allegri said at a news conference in Turin. “These comparisons are not a burden for him. He’s still young and has got to grow still.

“Whenever he plays against Messi, these comparisons are always made, but they are two different players also physically.

“They may both be left footed, but Dybala’s different. He started the season well and had a bit of a dip, but that is also part of his development. He’s important to us, like all great players are. If they play well, then it does good to the team and to the coach.”

Allegri knows he is going to need the best Dybala on Tuesday as Juve look for the positive result they need to secure their passage to the last 16 of the Champions League with a game to spare.

“Barcelona have yet to lose this season — that’s 14 games without a defeat,” Allegri said. “They’ve not conceded in four Champions League games so it’s not going to be easy.

“This year’s going to be tougher than last year [in the Champions League]. We’ve got to take things one step at a time. Once we’ve gone through, then we will work on being ready for March. At their place, we played a good first half, but it’s been a negative characteristic of our season that we’ve not been very well organised in our away games and we’re conceding too many goals.

“We know we’re up against a hugely talented side with players who can decide a game in an instant, so we’re going to have to play a super game.”

That is what Miralem Pjanic says the team are preparing to deliver, particularly in view of their 3-2 defeat to Sampdoria at the weekend that has left them four points off the pace at the top of Serie A.

“We’ve spoken about it with the coach and know we need to deliver answers tomorrow,” said the Bosnia and Herzegovina international. “We need to get back to winning ways because that’s the only way things can improve.

“We respect Barcelona as much as we did last year. They’re one of the favourites to win the Champions League, but tomorrow is our chance to wrap up qualification at home. We didn’t like losing at their place and we need to provide an answer to that at home.”

Only a win would confirm Juve’s place in the last 16. A draw would be enough if Sporting fail to beat Olympiacos in the group’s other fixture.