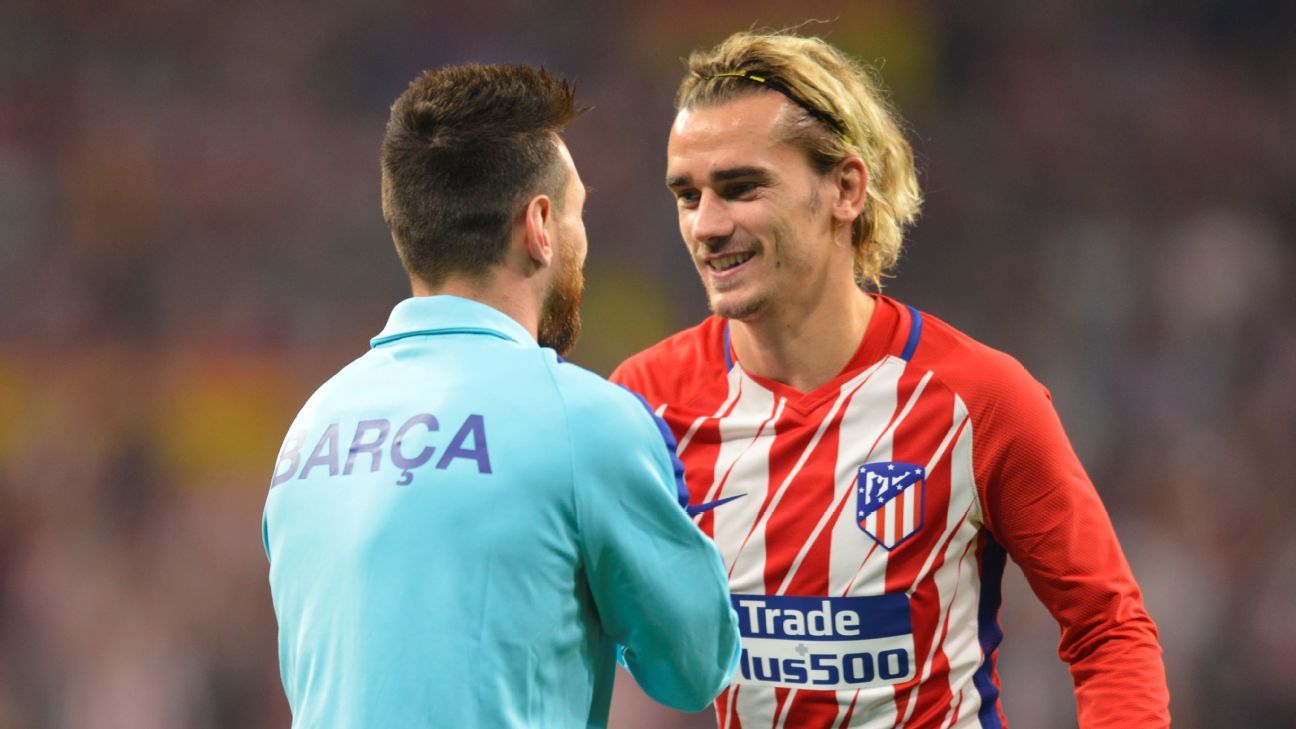 
Barcelona’s Lionel Messi welcomes the idea of Atletico Madrid forward Antoine Griezmann, who he called “one of the best players at the moment,” joining him at the Camp Nou.

Griezmann, 27, has been widely linked with a €100 million switch to Barca this summer, and Messi told RAC 1 radio after a 1-0 victory over Real Sociedad at the Camp Nou on Sunday that it was normal for a player of Griezmann’s class to join Barca, but he could not say for sure whether the move would happen.

According to AS, Messi has also called Griezmann to let him know that he would be welcome in the dressing room should he decide to move to Barcelona.

Griezmann, meanwhile, was whistled by some Atletico fans as he came on as a substitute in the 2-2 draw at home against Eibar on Saturday, with teammate Diego Godin leaving the bench to tell them to instead cheer a player who has contributed 29 goals and 15 assists as they won the Europa League and finished above neighbours Real Madrid in La Liga for just the second time in two decades.

Atletico coach Diego Simeone said at the postgame news conference that the whistlers had been a tiny minority, and that Griezmann had the club’s backing should he decide to stay and make the team even more competitive next season.

“Forty or 50 whistled,” Simeone said. “There were 60,000 people there. If he stays, we will keep becoming more competitive. I hope it is resolved in the way he feels is best for his growth. Here he has unconditional support. There are always critics, of me, Kiko in his time, [Fernando] Torres. … Nothing surprises you in football.”