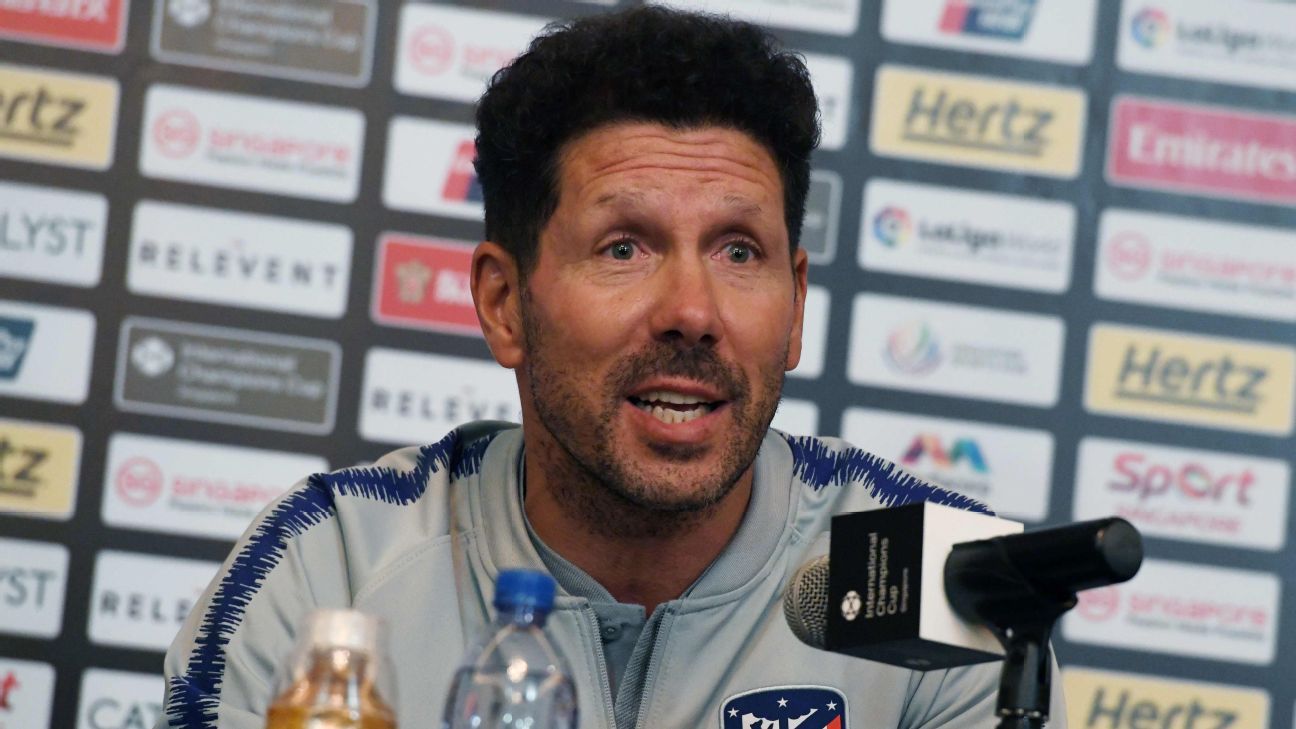 
Atletico Madrid coach Diego Simeone has attempted to clarify his comments about Lionel Messi that were made in a leaked conversation during the World Cup by insisting the forward would be his choice to have in a team of “great footballers” and not Cristiano Ronaldo.

Simeone admitted it was his remarks that emerged last month, analysing Argentina’s downfall and Messi’s contribution at the World Cup.

The conversation, one in which Simeone had with his Atletico assistant, German Burgos, following Argentina’s World Cup loss to Croatia, went viral.

“[Messi] is very good because he is accompanied by extraordinary footballers,” Simeone said in the conversation, before asking Burgos a question. “If you had to choose between Messi and Ronaldo for a normal team, who would you choose?”

Simeone, who has been linked with the Argentina job to replace sacked Jorge Sampaoli, has explained his remarks and said as reported in El Mundo.

“Yes, it was me who said it but I was explaining to German just as a conversation you would have between friends when talking about football,” he said. “I wasn’t talking about who is the best in the world but rather saying that in a normal club, with normal players, Ronaldo would be a better fit. But Messi, surrounded by great footballers, continues to be the best in the world.”

Ronaldo scored four goals in Portugal’s opening two World Cup games, including a stunning free-kick to complete a hat trick in a 3-3 draw against Spain, before the European champions were eliminated in the round-of-16 by Uruguay.

Messi came under fire for his performances in Russia, where the Barcelona forward scored only one goal as Argentina crashed out of the World Cup after a 4-3 defeat to France in the round-of-16.

Portugal captain Ronaldo recently left Real Madrid in a €100m transfer to join Juventus after nine seasons with Los Blancos, where he won four Champions League trophies among other titles and finished as the club’s all-time top scorer with 451 goals in 438 matches.

Asked who would he choose for his team, Simeone said: “I would probably choose Messi, without a doubt.”

Man United’s Fernandes laughs off suggestions of tiredness
Berhalter ready for USMNT’s busy 2021, with focus on trophies, points and building a squad
France’s Ligue 2 produced the likes of Riyad Mahrez and N’Golo Kante and remains a must-watch for scouts
Manchester United ahead of Liverpool in Upamecano chase
Liverpool checked on ex-Arsenal defender Sokratis