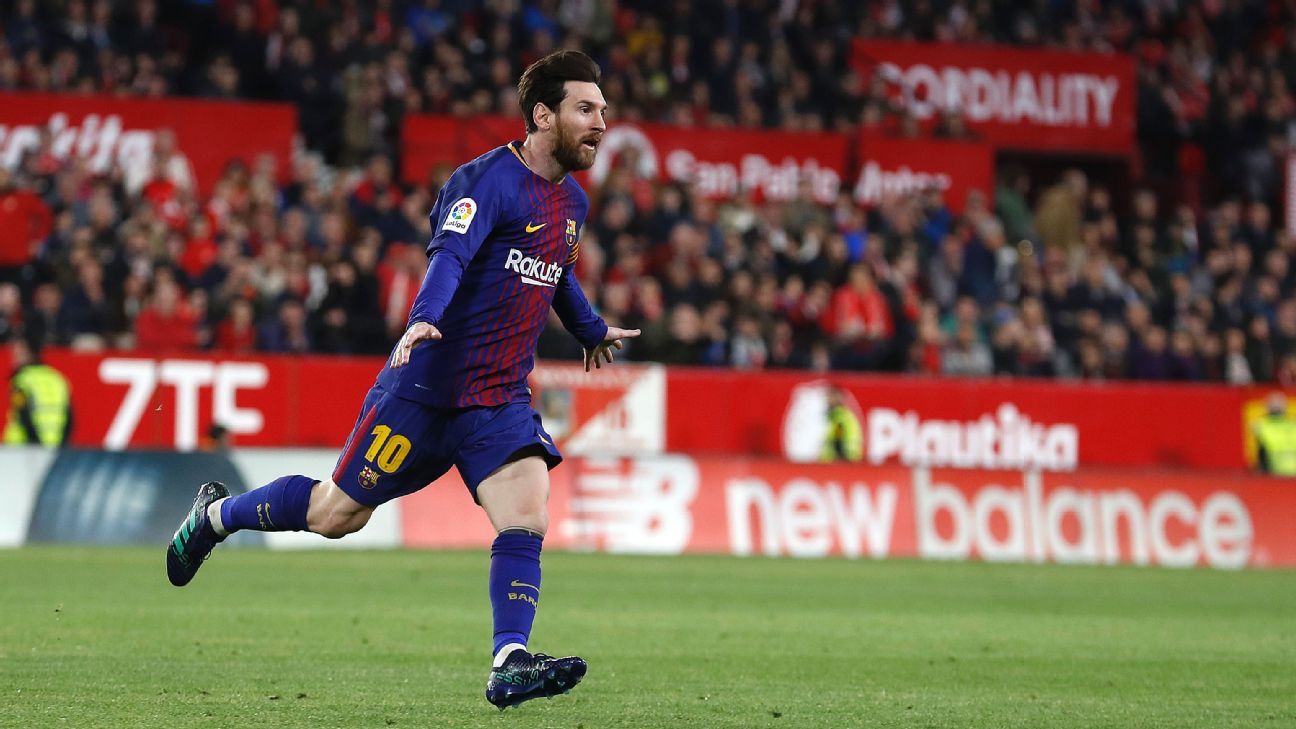 
Lionel Messi came off the bench on Saturday to spark a late Barcelona comeback that resulted in a 2-2 draw against Sevilla.

Messi scored an 89th-minute equaliser to stretch Barca’s unbeaten record in La Liga to 37 games as coach Ernesto Valverde lauded a player who “makes a difference every time he touches the ball.”

After missing Argentina’s games against Italy and Spain with hamstring trouble, Messi started the game on the bench at the Sanchez Pizjuan and watched as Sevilla took a 2-0 lead.

That prompted Valverde to introduce him to the game on the hour mark, but he left it late before making his mark.

“With or without Messi, any team would be different,” Valverde said in his postgame news conference when asked if Barcelona would be doing as well as they are this season without the forward.

“I won’t make reference to anything that’s been said recently [after Spain’s 6-1 win against Argentina], but of course he’s an important player. He makes a difference every time he touches the ball.”

Valverde added that regardless of the result it was always the plan for Messi to come on in the second half “even though he’s got a small [muscular] problem.”

“It’s been a while since he’s played after missing the [Argentina] games and he needed to play,” the coach said.

“He didn’t start the game as a precaution. We think he will be fine for Wednesday [against Roma in the Champions League] but we will see how he feels after tonight’s effort.”

Valverde says Barca’s never-say-die-attitude is proof that despite beginning the weekend with an 11 point lead over second placed Atletico Madrid they don’t think the title is already wrapped up.

“We don’t think the league is already won, not at all,” he said. “We competed until the very end here. The celebration which followed Messi’s goal shows the spirit we have in the team and the importance which we gave to getting the draw.”

However, Valverde didn’t let his side’s late turnaround disguise the fact Sevilla caused them far too many problems.

“We weren’t able to control their counter-attacks,” he admitted. “That’s not happened to us before this season. From three of our own corners, we didn’t control [the counter-attacks] and each one led to danger. That unbalanced us, we had problems.”

Sevilla coach Vincenzo Montella, whose side are in action against Bayern Munich in the Champions League on Tuesday, was left to lament a lack of efficiency in the final third.

After goals from Franco Vazquez and Luis Muriel had given them a two-goal lead, the home side had chance after chance to wrap the win up and become the first side to beat Barca in the league this season.

“We have to improve in terms of taking our chances,” Montella said in a news conference after declaring himself “proud” of the spirit showed by his players on the night.

“We could have killed the game off. It’s a shame. But Barcelona have great players and this can happen if you don’t [take your chances].”