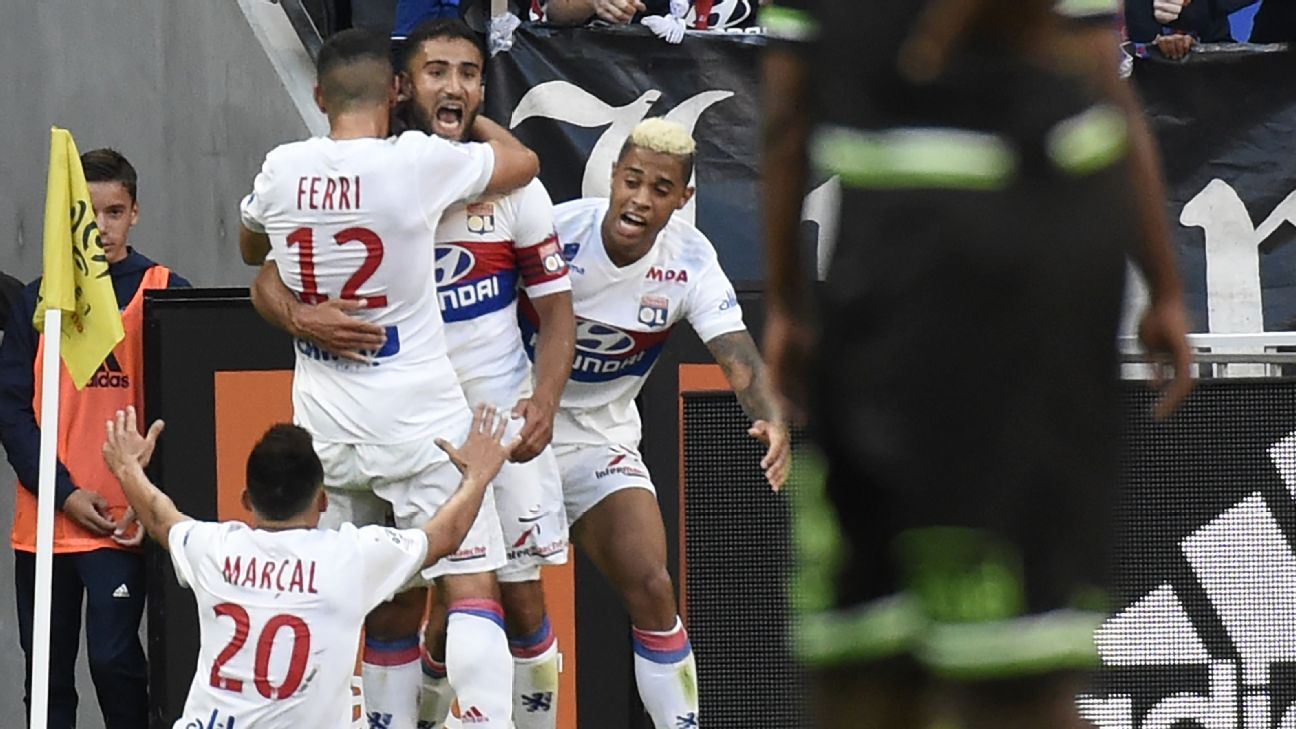 
Lyon have climbed to third in Ligue 1 after a 2-1 home defeat of Guingamp.

They took the lead in only the 19th minute when, after receiving possession from Nabil Fekir, Mariano finished into the bottom right corner from just outside the area.

The visitors equalised in the 71st minute when Marcus Thuram headed in from Etienne Didot’s cross, but Fekir restored Lyon’s lead and secured victory only a minute later following an assist from Memphis Depay.

Lyon have won three and drawn two of their opening five fixtures, leaving them with a total of 11 points, and four behind league leaders Paris St Germain.

Rennes have secured their first league victory of the season by convincingly winning 3-1 in Marseille.

The result also took them out of the division’s bottom three and up to 14th with five points, and left their hosts in 10th place with seven.

Benjamin Bourigeaud doubled their advantage eight minutes later, with a fine finish into the bottom right from outside the area.

St Etienne and Angers earlier each had a man sent off as they battled out a 1-1 draw at Stade Geoffroy-Guichard.

A hectic opening to the contest saw the hosts take the lead in the first minute through Remy Cabella and Thomas Mangani equalise with a penalty eight minutes later after Ronael Pierre-Gabriel had handled in the box.

St Etienne were reduced to 10 men four minutes into the second half when Vincent Pajot was sent off following a challenge on Alexandre Letellier.

The numbers were evened up with seven minutes remaining as Enzo Crivelli was shown a red card having fouled Bryan Dabo.

Hosts St Etienne sit fourth on 10 points after the stalemate, while Angers are seventh with seven.