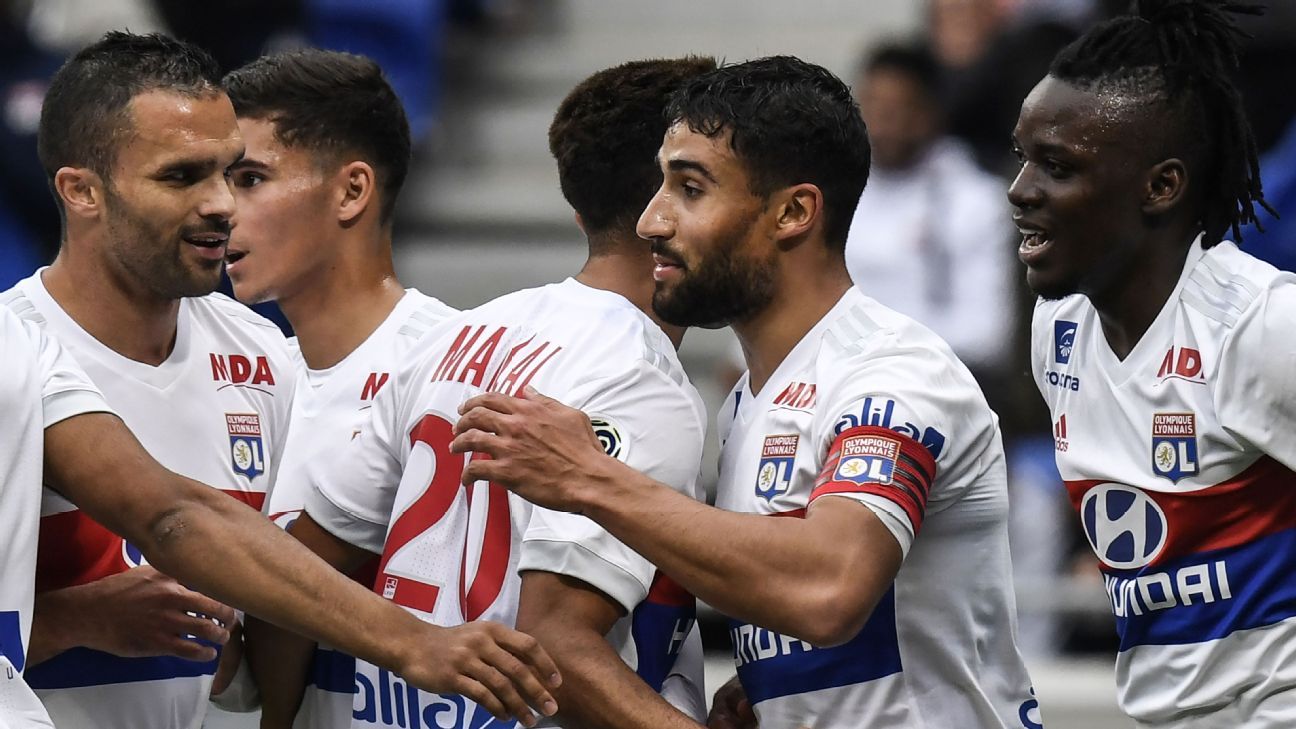 Nabil Fekir scored twice in the opening 20 minutes and the visitors, who have scored just two goals in five matches on the road this season, had no response.

The victory moved Lyon, now five matches unbeaten since September’s defeat to PSG, up to third in the table, three points behind second-placed Monaco.

Meanwhile, Lille‘s woes in Ligue 1 continued as they were beaten 1-0 by Marseille at the Stade Pierre-Mauroy.

Morgan Sanson scored what proved to be the winner in the fifth minute, meeting Florian Thauvin’s free-kick to sweep a shot past Mike Maignan.

With their attempts to respond to the early setback ending up fruitless, Marcelo Bielsa’s second-bottom side, now winless in nine games, remain four points adrift of safety, while Marseille are up from fifth to fourth.

Also on Sunday, Toulouse and St Etienne battled out a 0-0 draw at the Stadium Municipal.

Following a contest that was considerably low on entertainment, both sides rose one place in the table, with the visitors up to sixth and Toulouse ascending to 10th.