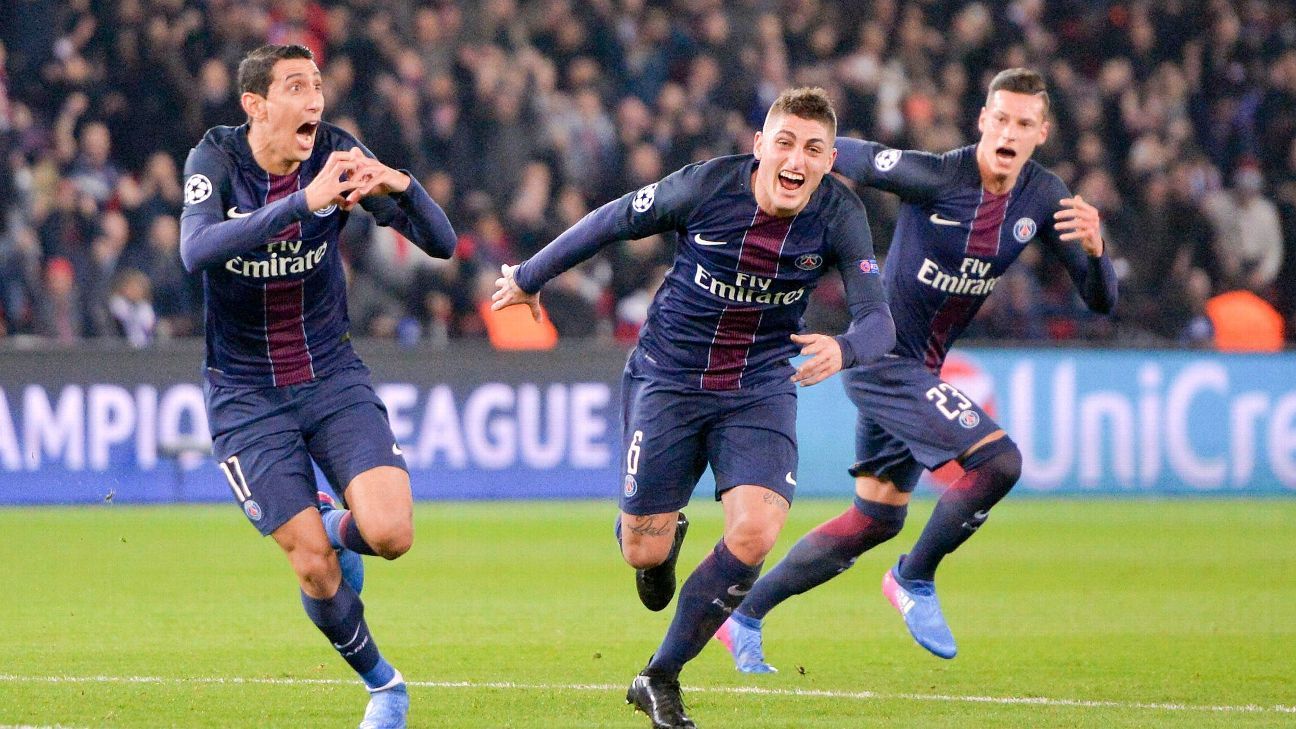 Unai Emery’s men have been gifted a gentle start with newly promoted Amiens at home before a trip to face Guingamp and two more home matches against Toulouse and Saint-Etienne.

Les Parisiens‘ run-in is not too tricky either, with Amiens and Caen away sandwiching a visit from Rennes. However, PSG will not be at home in the final game of the campaign, so potential title celebrations may not take place at Parc des Princes — if at all!

Amiens, Toulouse and Saint-Etienne at home, as well as Guingamp and Metz away, are the first five matches of the new term and that means the first real test for PSG in Le Championnat will come at home to Lyon on Sunday, Sept. 17 in the sixth round of games. It is reasonable to assume that the men from the capital will make a strong start, so depending on OL’s form, this clash could be an early indicator of how dominant Emery’s side will or will not be next season. As one of the biggest matches on the domestic calendar, both encounters — the second coming on Sunday, Jan. 21 — will be influential in any potential title victory.

Le Classique remains the headline rivalry in French domestic football and is one of the first fixtures any supporter — PSG, Marseille or otherwise — looks for when the Ligue 1 schedule is revealed. Sunday, Oct. 22 and Sunday, Feb. 25 are the two dates in question and like Lyon, both games should play a significant role in the French capital outfit’s push to win back their Ligue 1 crown from Monaco. OM should be much stronger next campaign than they were last, so these two clashes should be more keenly contested than many recent meetings.

Nice have so far managed to hold onto coach Lucien Favre and star midfielder Jean Michael Seri and Les Aiglons are expected to do some typically shrewd business this summer. With Wylan Cyprien and Alassane Plea to return from injury as well, Le Gym may well be challenging PSG and their Cote d’Azur rivals Monaco for the Ligue 1 title once again. PSG took just one point from a possible six against Nice last term, so know they must do better when they meet at Parc des Princes in October and at Allianz Riviera in March.

The big one. After Monaco convincingly beat PSG to last season’s Ligue 1 title, all eyes will be on the two meetings between the pair next campaign. Stade Louis II will be the venue for the first showdown on Sunday, Nov. 26 and Parc des Princes will host the return on Sunday, April 15. It remains to be seen if Les Monegasques can keep hold of all of their star names after already losing Bernardo Silva to Manchester City. But they have already landed youngster Youri Tielemans from Anderlecht, plus coach Leonardo Jardim and reborn striker Radamel Falcao have already penned extended contracts. Considering the business still to be done by both PSG and the principality outfit this summer, these two matches should be mouth-watering prospects when they roll around.

With Claudio Ranieri now confirmed as Nantes coach, PSG’s two encounters with Les Canaris will also be worth keeping an eye on. Promising Portuguese coach Sergio Conceicao worked miracles with the sleeping giants from Pays de la Loire in under six months before his abrupt departure for FC Porto, so the experienced Italian tactician’s return to Ligue 1 after a largely successful spell with Monaco has added intrigue given his miraculous exploits with Leicester City and massive failure with the Greek national team since leaving French football.