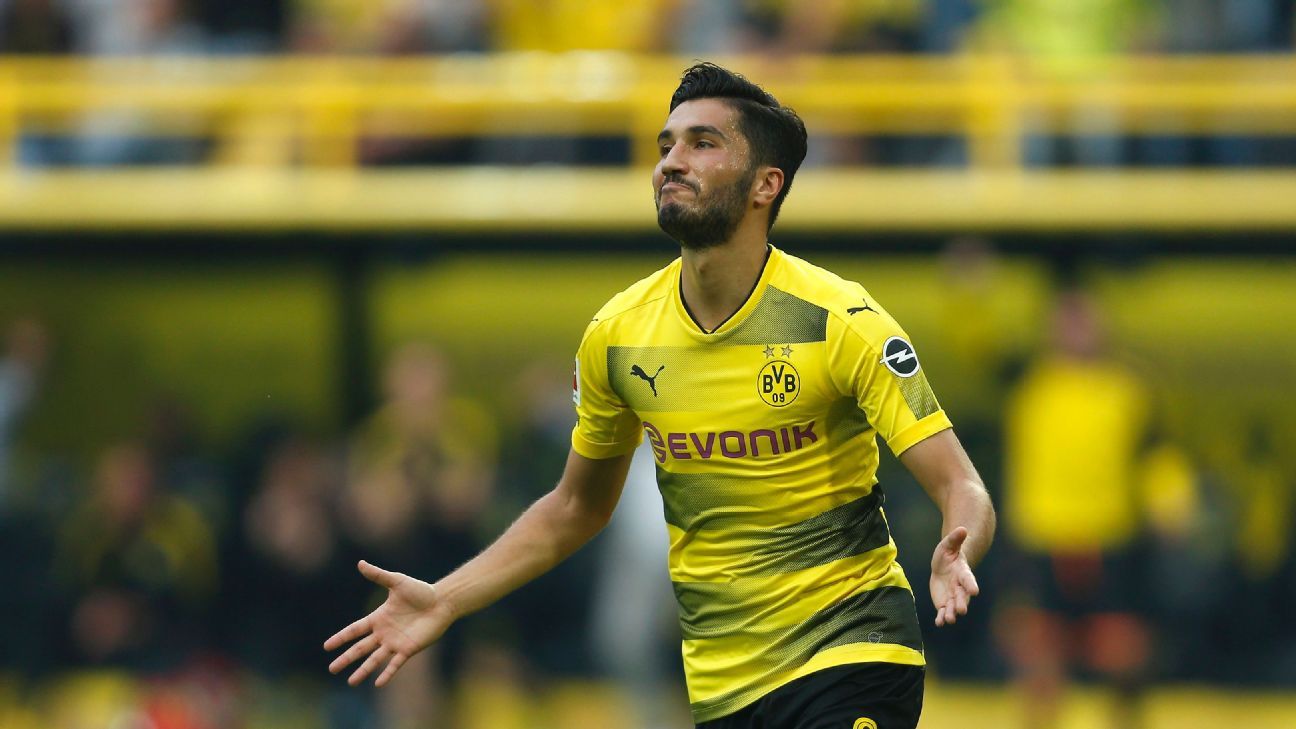 
In one of the most successful German TV programs of the Nineties, randomly-paired couples had to decide between going on a date with each other or taking home their game show winnings instead. It was, rather cleverly, called Geld oder Liebe (money or love), and it spoke to the country’s deeply romantic notion that these are — or should be — mutually exclusive terms.

In professional football, it’s near bordering on impossible to persist with that dichotomy. But Borussia Dortmund have given it a pretty good go regardless. The Westphalians’ marketing slogan Echte Liebe (true love) somehow manages to grace a thousand t-shirts and club shop products without sounding cynical, and the dismissal of coach Thomas Tuchel in May further proved that the club prefer emotional warmth to a cool, crisp bottom line. Tuchel had overseen a DFB-Pokal win in 2016-17 and some of Europe’s best football the season prior but unfortunately for his job security, had done nothing to become part of the BVB family. His cold-hearted treatment of Borussia stalwart Nuri Sahin ahead of the German Cup final in Berlin — the Turkish international was banned from the squad — had been the final straw.

On Saturday at the Signal Iduna Park, the first league home game of the season, the Tuchel era was officially, belatedly over. Love is in the air, again. A wave of happiness hormones came over the Black and Yellow faithful as Sahin, restored to a central role by new manager Peter Bosz, scored a goal of spectacular beauty to clinch the 2-0 win over Hertha Berlin and crown a fine performance pulling the strings. The high in the stands was all-natural. “Scientists would have noted heightened levels of dopamine,” Suddeutsche Zeitung attested.

Supporters adore the 28-year-old midfielder as a club icon, as a symbol of Dortmund’s renaissance after near bankruptcy in 2005 and as one of the last survivors of the golden Jurgen Klopp era. They feel that he’s himself a fan of the game and the club they love. They welcomed him with open arms after his return in 2014 from ill-judged spells at Real Madrid and Liverpool, sensing that his regrets about leaving three years earlier were heartfelt. The brutally honest way he has talked about the bomb attack on the BVB team bus has won him more admiration still. “That bond that I have with the people of Dortmund will never be broken,” Sahin told The Players’ Tribune this summer.

Dortmund CEO Hans-Joachim Watzke called the playmaker “1000 per cent Borussia” after his superb showing, in recognition of his special connection with the club. Sahin had come close to leaving at the end of the season, in light of scarce game time (“I was at the crossroads,” he admitted on Saturday) and never-ending injury problems, but was won over after talks with the board and Bosz. He might not hold onto his starting place in the Dutchman’s reconfigured 4-3-3 system once Julian Weigl returns to full fitness but he will settle for regular involvement of some sort. “I don’t want to be the best or the most important (player) but I do want to be part of the BVB family,” he declared humbly.

Bosz mildly castigated his men for not seeking out the star man more often; “things got dangerous when Nuri was on the ball,” he said. Whether Sahin will be able to dominate proceedings against less passive opponents in the middle of the park is a question for another day. Right now, the club can bask in the joy of re-found togetherness and pride itself of handling a tricky few weeks with aplomb. Ousmane Dembele’s drawn-out defection to Barcelona has been handled with much skill on and off the pitch. The most expensive Bundesliga player ever sold (€105 million down payment plus €43m in performance-related bonuses) has not been missed in the two opening games at all. “Six points, five goals scored, none conceded — no reason for complaints,” Bosz smiled.

BVB supporters, too, hardly acknowledged the Frenchman’s departure. The 21-year-old hadn’t worn the Yellow shirt long enough to develop emotional ties, on the contrary: the calculated way he forced through his move by going AWOL only convinced locals that he wasn’t worthy of their adulation in the first place. They were happy to cash in. Now it’s down to the club bosses to find a replacement willing to fall in love with the Yellow Wall.

Bayern Munich supporters were chanting Holger Badstuber’s name at the Weserstadion. The defender wasn’t in action in the game against Werder Bremen — he played for his new club VfB Stuttgart a few hundred kilometres to the south — but fans of the champions were happy to overlook that detail when news of the former Bayern centre-back’s winning goal at home to Mainz broke. Badstuber, 28, had wait 2,822 days for his second Bundesliga goal and nearly as long for an injury-free run in the top flight. He’s still a favourite back in Munich and could well become one in Swabia, too. VfB manager Hannes Wolf will need all of the ex-Germany international’s experience and leadership qualities if Stuttgart are to establish themselves in mid-table after promotion.

Bayern, meanwhile, can count themselves lucky that Robert Lewandowski’s continued excellence in front of goal makes coherent team football almost unnecessary. The Polish striker scored twice in the 2-0 win at Werder but it was unhappy substitute Thomas Muller who dominated the headlines. Muller lamented that his qualities were “not 100 percent appreciated” by Carlo Ancelotti. As criticism of a coach goes, this was a rather mild one. More interestingly, perhaps, was captain Manuel Neuer’s intervention. The goalkeeper confidently predicted that his Germany teammate would “start again in coming weeks.” The tone of the debate doesn’t reflect all that well on Ancelotti’s authority in the dressing room. But chances are, he’s not that bothered.

Two weeks into the new season, VAR technology continues to malfunction. There are no offside lines. Altogether more problematic, however, is the misguided view that the man in front of the box will offer redress for all wrong decisions. Bayer Leverkusen sporting director Rudi Voller angrily wondered whether the video ref had “fallen asleep” watching their 2-2 home draw against Hoffenheim.

As mandated by protocol, VAR had not intervened to chalk off Mark Uth’s goal for the away team. Uth may or may not have fouled a defender in the build-up but playing on didn’t constitute a “clear refereeing mistake”. The rather small scope for technological review has not yet filtered through to all protagonists.