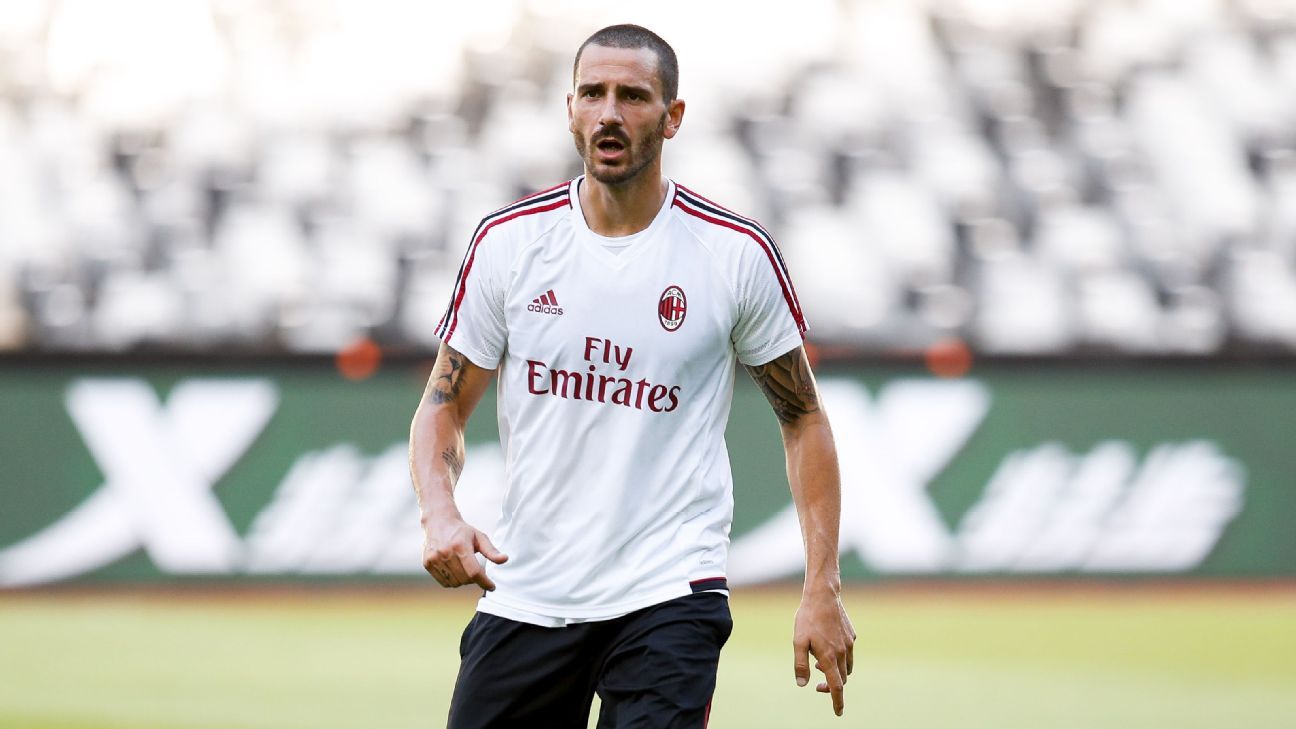 Bonucci, who arrived in a surprise summer move from Serie A champions Juventus, led the Rossoneri in their 2-1 friendly defeat to Real Betis on Wednesday.

He is set to be officially named as the new Milan captain after coach Vincenzo Montella pledged to give responsibility to one of his 10 new signings.

And Abbiati told Mediaset television: “This armband has a lot of significance and comes with a lot of responsibility.

“Leo has got the right personality and experience to wear it. This is how the club have decided — they wanted to make one of the new arrivals captain.”

Bonucci is set to make his first competitive appearance for Milan in the first leg of their Europa League playoff against Shkendija next week.

The 30-year-old was ineligible for Milan’s 3-0 aggregate win over Universitatea Craiova in the previous round because his transfer was not completed in time.

Bonucci had been destined to become Juve’s new captain, with Claudio Marchisio now tipped to take the role.