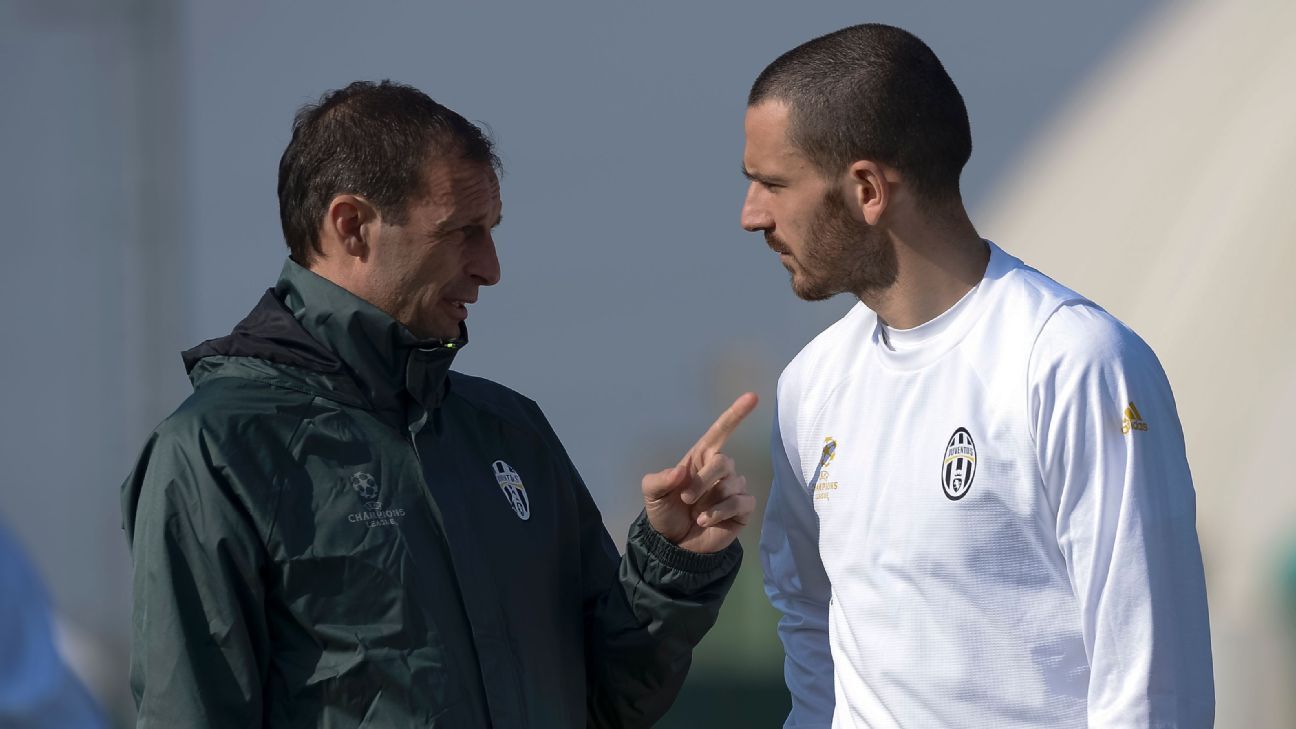 
Leonardo Bonucci says his spat with Juventus coach Massimiliano Allegri was one of the reasons he chose to leave the club for AC Milan this summer.

Bonucci completed a shock move between the Serie A rivals last month and had said last month that being left in the stands for Juventus’ Champions League meeting with Porto was the “final straw” when weighing up whether to remain with the champions.

Although Allegri previously said it was water under the bridge and that both he and the player had put the incident behind them, even going as far to say that Bonucci would become his captain once Gianluigi Buffon retired, the Italy defender has again indicated that was not the case.

“It all goes back to Porto, but there had been some incidents before that which were perhaps not so evident,” Bonucci told La Gazzetta dello Sport. “For me, all that counts now is Milan. Juve is in the past.

“I thank them for all that they gave me — I became one of the best defenders in the world with them — but when you take certain kinds of decisions then you have to take responsibility for them and you also have to pay the consequences. Juve and Allegri made some clear choices last season and I have just made the consequences of them.

“Certainly I no longer saw things as I had done previously, but the decision [to leave] was taken mutually with the club, so it is not all my making.”

The opportunity to join Milan came at the right time, with the club’s new owners having invested heavily this summer.

“It’s because they had an ambitious project,” Bonucci added. “I thrive on challenges and [Milan’s general manager Marco] Fassone and [sporting director Massimiliano] Mirabelli made me feel important and they really wanted me, otherwise the negotiations wouldn’t have lasted just 48 hours.

“On the other hand, either love sparks immediately or it never grows at all. And it’s got nothing to do with money either — to anybody branding me a money-grabber all I can say is that I had other offers also from abroad, and I would have earned more there.

“I hope to do at Milan what [Andrea] Pirlo did at Juve, just the other way around. One of the reasons why I joined Milan was to repeat the path I’ve been on with the Bianconeri, when we started off from scratch and reached high. Now I want to go even higher. Within four years, I hope to win the Champions League. I want to win everything.”

After that, Bonucci has already considered where his future lies.

“I’ve been thinking about it for four or five years,” he said. “I’m going to play for another six or seven years and then I’ll move into coaching. It’s something which [Antonio] Conte infected me with, and I see me in him a bit. I also want to lift a trophy as a coach.”