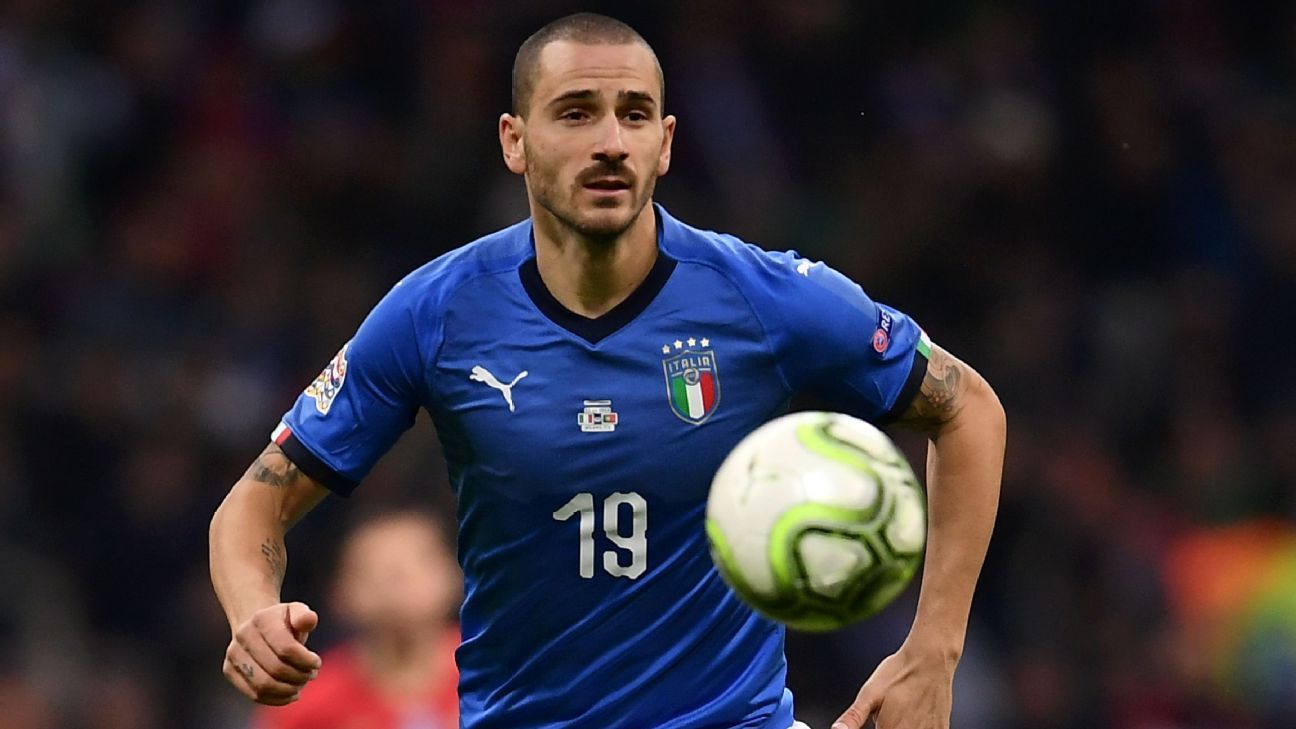 
Italy defender Leonardo Bonucci said on Monday he had no problem with being jeered when he was playing for his club Juventus but could not accept it when representing the national team.

Bonucci, who left AC Milan after one season to return to Juve in August, was booed by a small number of fans when he returned to Milan’s San Siro stadium to play for Italy in the Nations League match with Portugal on Saturday which ended 0-0.

“I was annoyed because when you play for the national team, the interests and issues of clubs must be put aside,” Bonucci told reporters ahead of Tuesday’s friendly against the United States in Belgium.

“When I found myself facing jeers by wearing the shirts of Juventus and Milan, I always accepted them. Unfortunately, it is part of Italian football and our culture to come to the stadium and whistle players for the choices they make,” he said.

“I never let certain things bother me, not even when they brought my family into it, but when you defend your nation and represent 60 million people it would be nice not to be subjected to them.”

Bonucci has made 84 appearances for Italy since his debut in 2010 and played in the Euro 2012 final defeat by Spain. At Juve he has won six Serie A titles and three Coppa Italia trophies as well as two runners-up medals in the Champions League.

Meanwhile, Italy boss Roberto Mancini said teenager Sandro Tonali could become the first player born in the millennium to play for the Azzurri on Tuesday.

The hype around Tonal has labeled the 18-year-old midfielder the next Andrea Pirlo.

Tonali has never played in the Italian top flight, and made his professional debut only 14 months ago for Serie B side Brescia, but has impressed sufficiently to be summoned by the national side.

He didn’t feature on Saturday but he and other young players will likely get their chance against the U.S.

“We’re here to look at players like Tonali,” Italy coach Roberto Mancini said on Monday. “And I’m curious to see them, too.

“If the players from Saturday have recovered and are well they’ll play. But then of course there will be space for others since it’s a test. We’re curious to see Tonali at work, as well as the other youngsters.”

Five of the players from Saturday’s match are unavailable: Giorgio Chiellini, Alessandro Florenzi, Lorenzo Inisgne, Ciro Immobile and Jorginho have been allowed to return to their clubs, as well as Lorenzo Pellegrini.