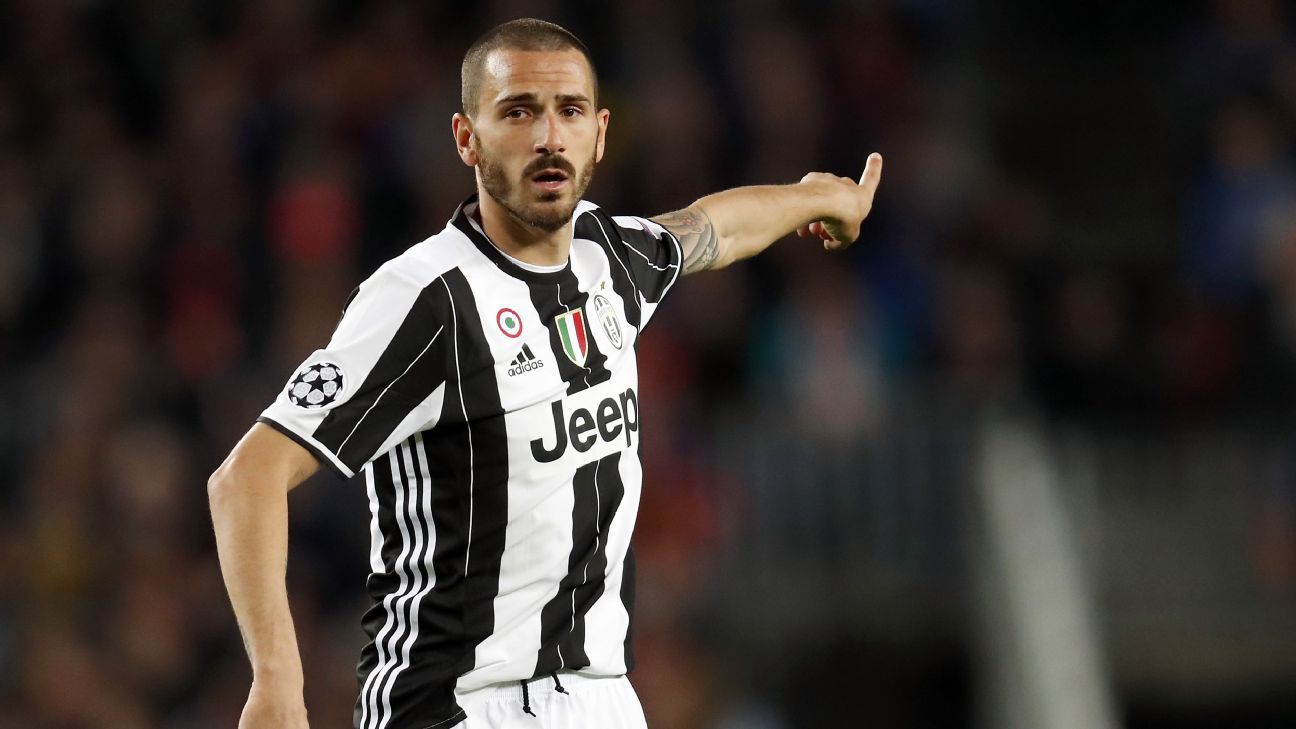 
Leonardo Bonucci is on the brink of leaving Juventus to join AC Milan, with the defender’s agent saying that he is “working on” an exit for his client after widespread reports in Italy had said a deal was on the cards.

Bonucci reported for preseason training with Juve on Thursday, while his representative Alessandro Lucci was spotted in Milan, where he told Sportitalia that he was “working on it” in reply to a question on whether the Italy international is set to leave Turin.

Juve’s general manager Beppe Marotta was also in Milan on Thursday and it is reported he met with his Rossoneri counterpart Marco Fassone and sporting director Massimiliano Mirabelli, with the two clubs negotiating a transfer fee for the 30-year-old.

Juve are seeking up to €50 million for Bonucci, but Milan are pushing for that fee to be closer to €35m.

Should an agreement be struck, it would rival Gonzalo Higuain’s shock switch to Juve from Napoli last summer in terms of its unexpected nature.

“I don’t know what to say as a Juve fan,” former Juventus captain Alessandro Del Piero told Sky Sport Italia. “I didn’t expect it. It’s just come like a bolt from the blue. I thought it was a joke at first. Let’s just say it was very, very surprising.”

Bonucci had been linked with a move to Chelsea or Manchester City a year ago, but after careful consideration he committed to a new Juve contract until 2021 in December.

The health of his son Matteo, who required surgery last summer, is believed to have contributed to his decision not to leave Italy, but it was not an ideal 2016-17 season for him despite winning his sixth straight Serie A title. Prior to Juve’s Champions League tie with Porto, he was dropped from the squad following an altercation with coach Massimiliano Allegri.

There were further reports of unrest in the dressing room involving Bonucci during half-time of the Champions League final against Real Madrid, although the player denied anything had happened afterwards.

Only a few weeks ago, Allegri stated that Bonucci has a bright future at the club, saying he will be the “leader of the Juventus dressing room.”

That no longer seems the case, however, with speculation mounting that a move to Milan will happen on Friday, when the Rossoneri fly to China for a preseason tour.

According to La Stampa, which joins the three main Italian sports newspapers Gazzetta dello Sport, Corriere dello Sport and Tuttosport in reporting on what appears to be an imminent move, Milan could offer full-back Mattia Di Sciglio as part of the deal.

Juve have shown an interest in Di Sciglio, whose contract with Milan expires in 2018 and is reported to already have an agreement to join the Italian champions on a free transfer then.

Lazio’s Stefan de Vrij has been touted as a potential replacement for Bonucci, whose departure would leave Juve with Giorgio Chiellini, Andrea Barzagli, Medhi Benatia and Daniele Rugani as their central defensive options, with Mattia Caldara not arriving from Atalanta until 2018.