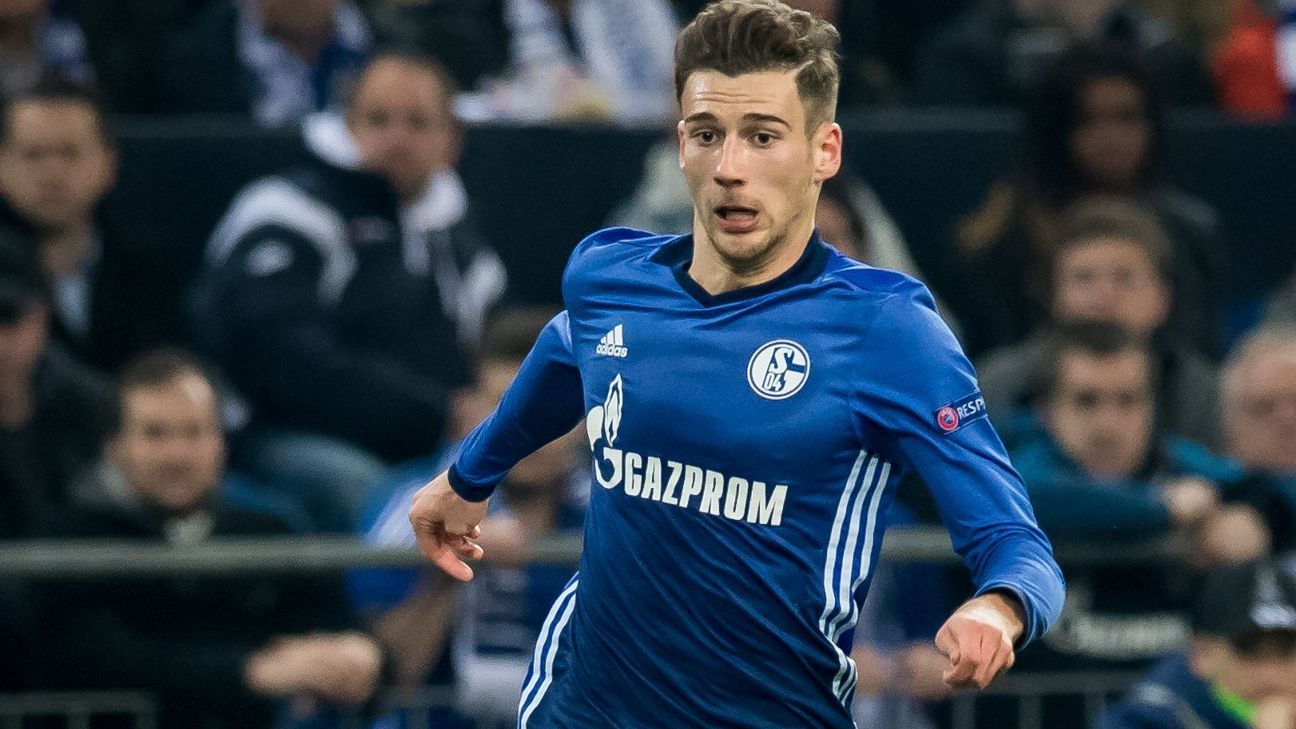 Tottenham will challenge Arsenal to sign Leon Goretzka, reports the Mirror, with the Schalke star set to become a free agent next year.

The Germany international is thought to prefer a move to Barcelona or Bayern Munich — who were rumoured to have struck an agreement this summer to move Goretzka to the Allianz Arena in 2018. The financial rewards of moving to the Premier League could still sway him, though.

The 22-year-old has begun the season in fine form, scoring four times already in the Bundesliga in just nine appearances, attracting more attention as clubs try to secure one of the finest talents in Europe for nothing.

Jack Wilshere has shown flashes of brilliance in his rotation role at Arsenal this year, shining in the Europa League.

He remains some way from being a pivotal member of Arsene Wenger’s first XI, though, and his contract is set to expire next summer. The Gunners might have to offer him first-team guarantees, in addition to a lengthy stay at the Emirates, to avoid losing him for nothing.

With his World Cup hopes hanging in the balance, Wilshere could opt for a fresh challenge and push for an early release in January. The Sun claims Real Betis could be an option.

Los Verdiblancos boss Quique Setien is a known admirer, and the opportunity to play regularly in La Liga may help draw Gareth Southgate’s eyes in the months leading up to Russia 2018. Ruben Loftus-Cheek is currently preferred in the latest Three Lions squad.

Manchester United have company as the race for Salzburg’s Dimitri Oberlin hots up, with Calciomercato detailing that Juventus will have scouts present at Sunday’s game between Basel — where Oberlin is currently playing on loan — versus Young Boys.

The Red Devils will also have to beat out Real Madrid for the Swiss starlet, who has turned heads in the Champions League with three goals already this campaign.

The 20-year-old has proved to be prolific through each youth international age group and currently has two goals in three caps for the Swiss under-21s.

— Fernandinho is set to belatedly sign an extension to commit his future to Manchester City, sources have told ESPN FC, with the Brazilian emerging as a key part to Pep Guardiola’s swashbuckling side this term.

The 32-year-old will become a free agent next summer, but has now ratified the terms of a one-year renewal and will sign upon the completion of a business matter back in his native Brazil.

“Right now Fernandinho is one of the best, best, best three holding midfield players,” claimed Guardiola, further emphasising his importance at the Etihad.

— Alexis Sanchez has decided where his future lies beyond the current campaign, according to Bayern Munich president Karl-Heinz Rummenigge.

The Chilean was thought to be of interest to the German giants, though exorbitant wage demands — reportedly in order to force the Gunners to deal with Manchester City — appear to have ended FC Hollywood’s hopes.

Bayern will likely miss out to City, who could reignite their interest in January after failing in the summer with a late move. Rummenigge believes Sanchez could reveal all in a matter of weeks.

“I think Sanchez has already decided which club [to join], so I suppose that the door will be closed in January,” the Bayern chief told Sky Germany.

— Fernando Torres could leave Atletico Madrid in January as his role with Los Colochoneros diminishes yet further upon the official arrival of Diego Costa.

A switch to MLS or China looks most probable as a distinguished career looks to be entering its final years.