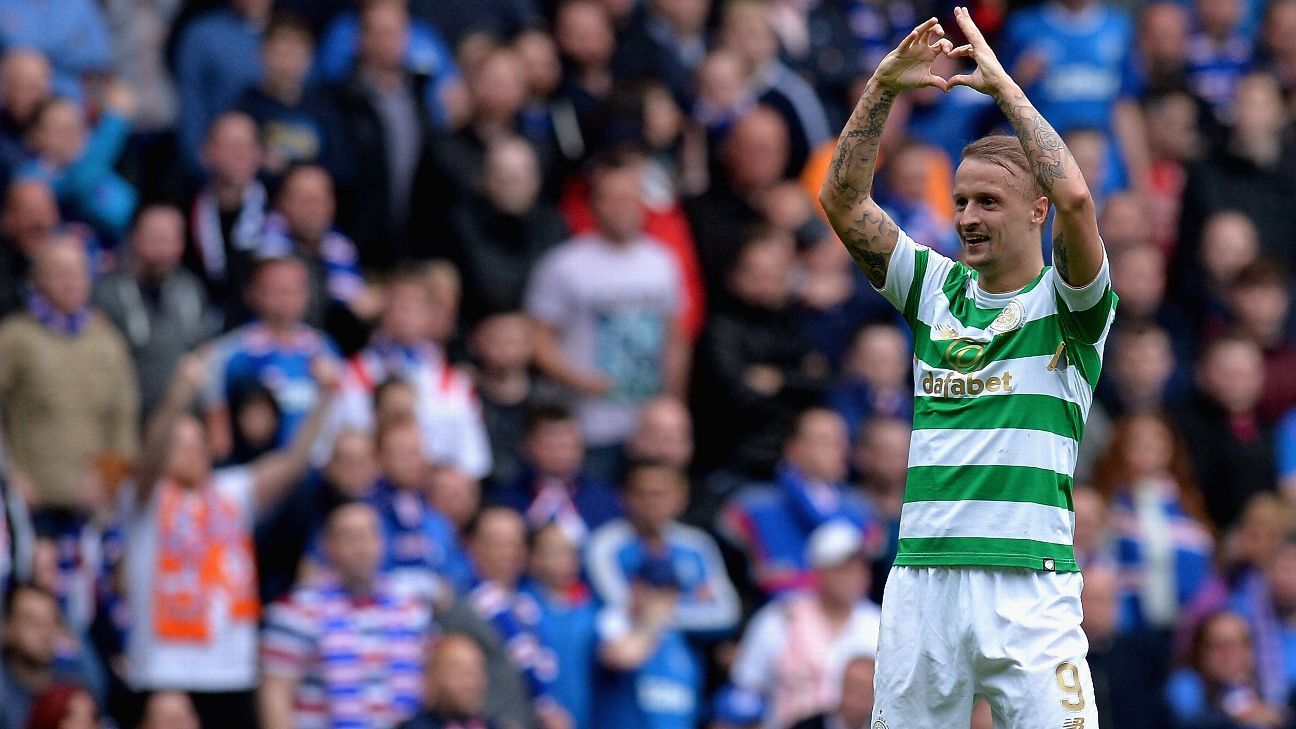 
Leigh Griffiths was pleased to score on his 100th league appearance for Celtic as they eased to a 2-0 win against derby rivals Rangers at Ibrox.

The Scotland international added to Tom Rogic’s opener to secure his side a third-straight win and maintain their unbeaten start to the season.

He has scored 67 goals in his 100 Scottish Premiership appearances for the club, and speaking about his record, Griffiths told Sky Sports: “It’s not too bad.

“I could have had a few more with the chances I’ve missed, but scoring on my 100th league appearance for Celtic is nice.

“I’m happy with a goal, three points, clean sheet. We’ll head back down the road and get ready for Wednesday [against Anderlecht in the Champions League].”

Celtic boss Brendan Rodgers was full of praise for Griffiths, saying of his achievement: “It’s exceptional.

“To come into a club like this and to score that number of goals in 100 games it’s absolutely brilliant. But it’s what he is, he’s done it all his life.

“I was talking to him in midweek about when he was at Dundee and he played 60-odd games there and got 30-odd goals so it’s what he is.

“He goes into every single game he plays believing he can score and the goal was perfect, the second one, in terms of our build-up play.

“It was a wonderful pass from young Pat [Roberts] to free Griff up to score. So it’s an exceptional achievement.”

Caixinha was reported to be unhappy with an incident involving Brown and Rangers striker Alfredo Morelos.

When asked what had happened, he said: “I just told him, be clear, with me on the pitch you’re not giving me [an] elbow. You’re not going to be allowed to give me an elbow.

“You do it because you demand everything and everyone allows you to do it but not with me. Loud and clear, loud and clear.”

Becoming more agitated, Caixinha added: “I don’t care if he got the message, I’m here to face whatever I need to face.

“When these things happen, someone needs to take decisions. I’m here to take my decision but all the others in other jobs need to take theirs.

“It’s the second time in a row I’ve watched this at Ibrox.

“It’s our fault because we committed mistakes, they committed less mistakes, but it’s not my job to comment on the referee’s decision. It’s my job to be aware of what’s going on in the game and a lot to defend my club and defend my players.”