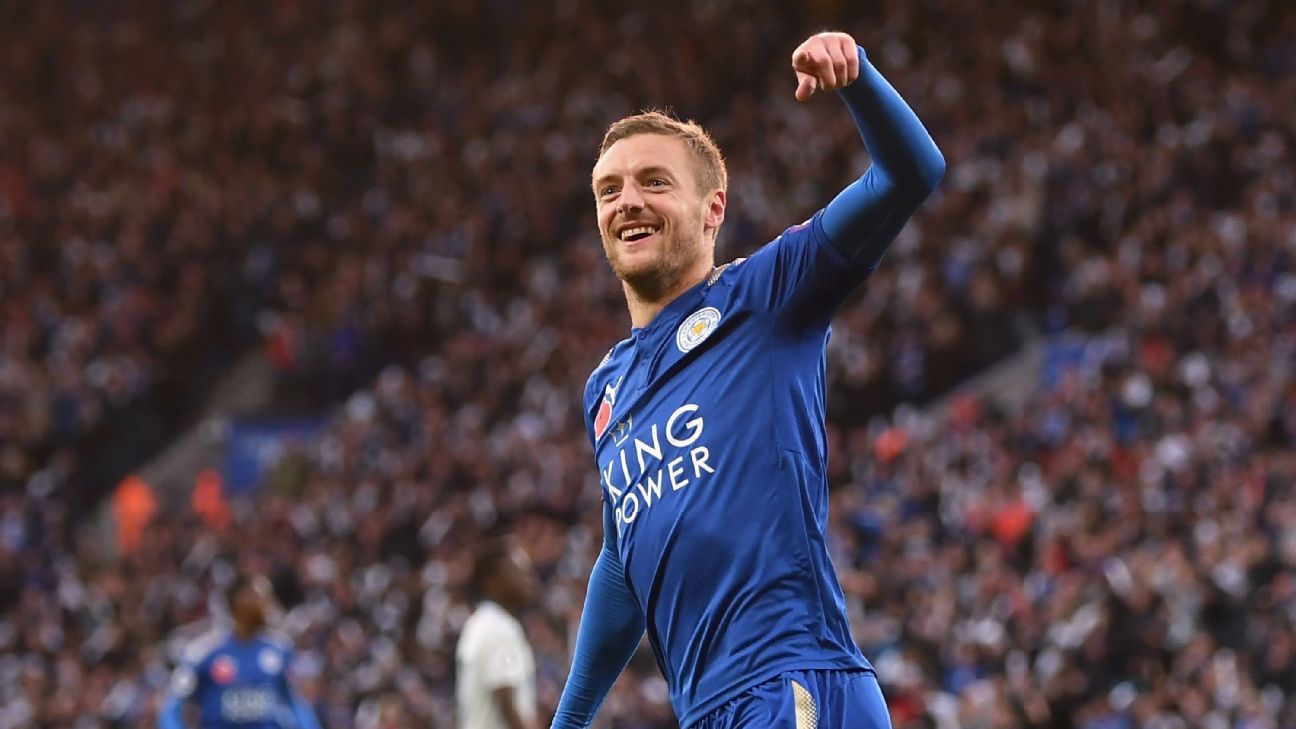 
Leicester striker Jamie Vardy has been described as “the complete player” by his manager Claude Puel.

Vardy has scored two of his seven Premier League goals his season in the six matches since Puel was appointed as manager at the end of October.

The 30-year-old, who joined Leicester from Fleetwood for £1 million in 2012, will look to score his 50th Premier League goal for the club when the Foxes face Newcastle at St James’ Park on Saturday.

Puel has been impressed with Vardy during the short time he has been working with him and heaped praise on the player ahead of the trip to the northeast.

“I think Jamie Vardy is the complete player. I would always prefer to have him in my team,” Puel told reporters at a press conference on Thursday afternoon.

“He’s enjoying his football, it’s amazing to see. He works hard for the team and always has a positive attitude.

“If we can help him to score it will be 50 goals, which is a good thing. He is a great player, and now with a lot of experience, maturity in the Premier League he can give a lot to the team. I was surprised to know his qualities.”

Leicester have won half of Puel’s six matches in charge, including back-to-back victories against Tottenham and Burnley.

The Foxes have earned 11 points under the Frenchman, taking them up to ninth in the table, and Puel admits he has been pleasantly surprised.

“I don’t know if I expected this,” he said. “The most important thing is to continue the hard work and to keep building momentum and confidence. We need to try and improve all the time.

“We must keep a good focus and try to make a strong game. After, we’ll see the result.”

Puel has no new problems ahead of the trip to Newcastle and he remains without defender Robert Huth (ankle) and midfielder Matty James (Achilles).