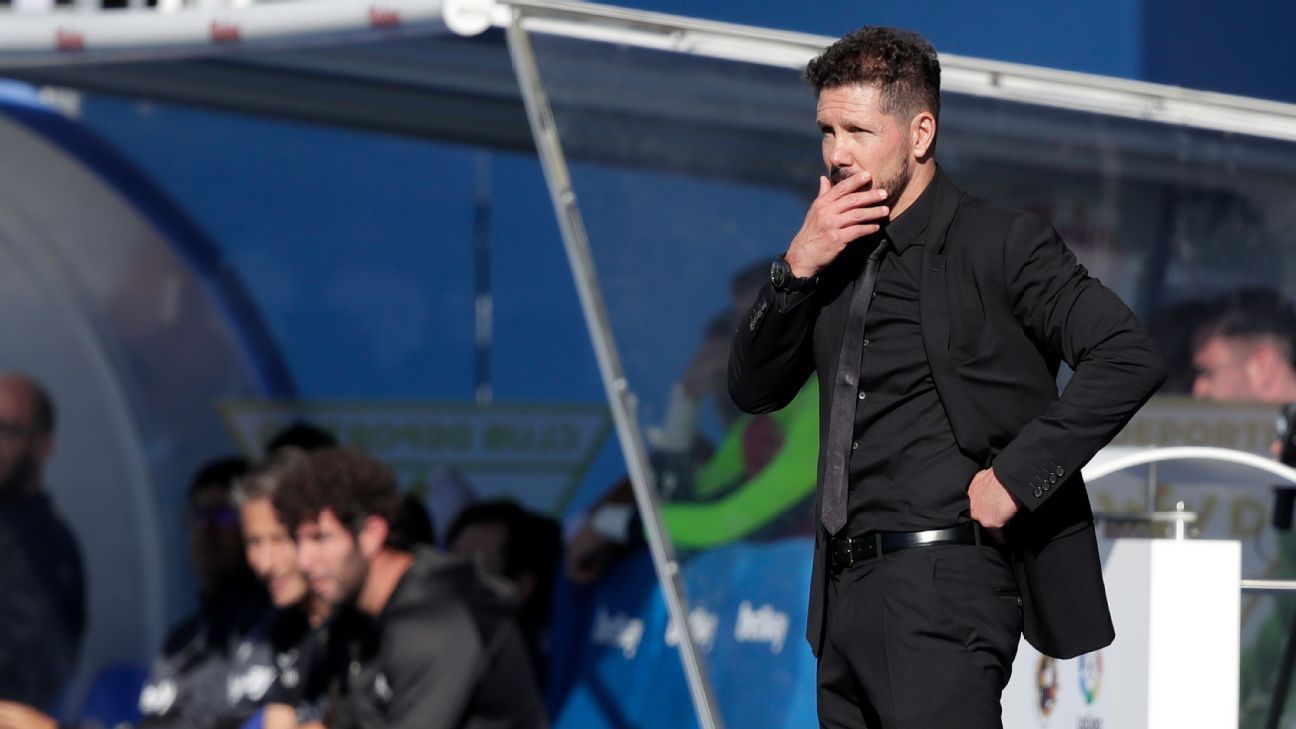 Atletico Madrid threw away the chance to go top of La Liga by conceding a late equaliser to draw 1-1 away to neighbours Leganes on Saturday as their miserable run at the Madrid minnows dragged on.

France forward Antoine Griezmann had given Diego Simeone’s side the lead with a sizzling free-kick in the 69th minute in a typically tight game at the Butarque stadium.

But Leganes hit back when striker Guido Carillo stabbed a loose ball over the line in the 82nd minute after full back Rodrigo Tarin’s cross thumped off the underside of the bar.

Atletico have failed to win their three games at Leganes since the latter were promoted to the top flight for the first time in 2016, drawing their last two outings at Butarque 0-0.

Atleti are second with 20 points, one point behind champions Barcelona who visit Rayo Vallecano later on Saturday.