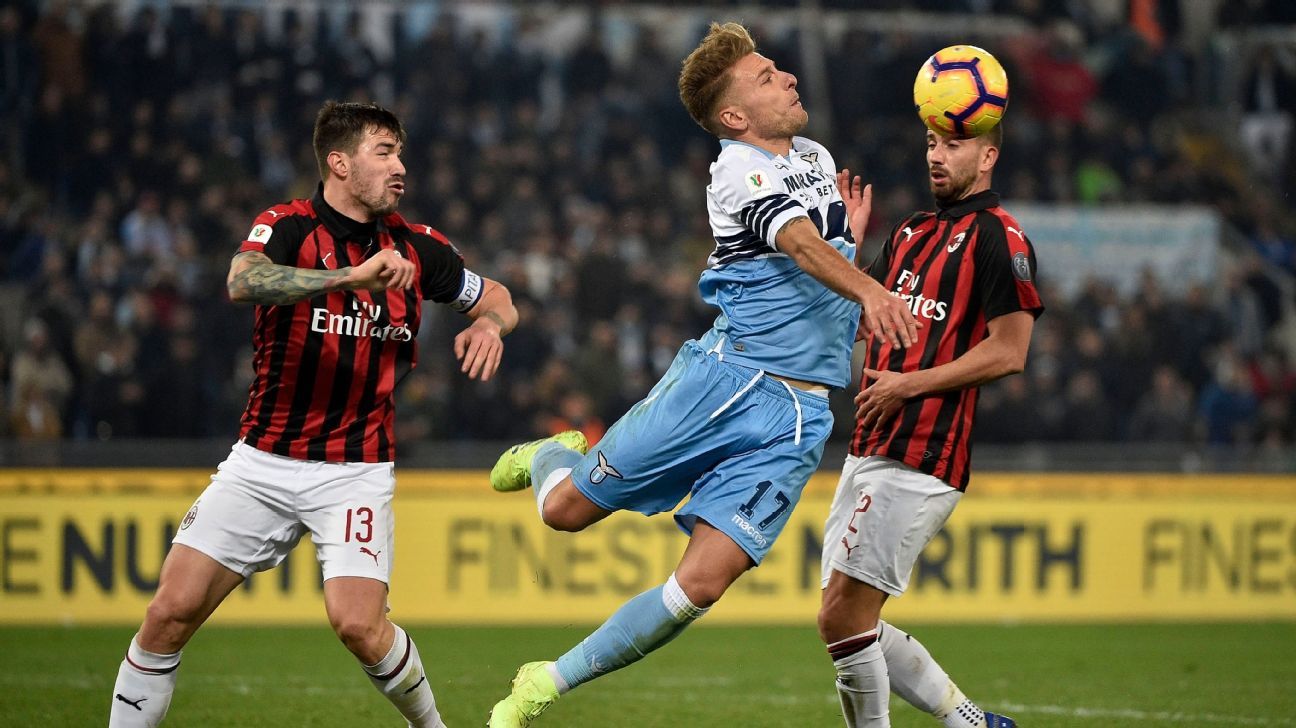 
Lazio and AC Milan played out a turgid 0-0 draw in the first leg of their Coppa Italia semifinal as both sides failed to create any clear-cut chances at the Olympic stadium on Tuesday.

With the return set for April 24, last season’s runners-up Milan stayed on course for their first major trophy since the 2010-2011 season when they lifted the Serie A title.

Fiorentina are at home to Atalanta in the first leg of the second semifinal on Wednesday.

Lazio dominated the first half but had little to show for their possession, with the best opportunity falling to striker Ciro Immobile who fired wide from 14 metres after the visiting defence failed to clear their ranks.

Milan packed their defence throughout the contest and held on comfortably in the closing stages as Lazio finally threw men forward in a bid to break the deadlock.