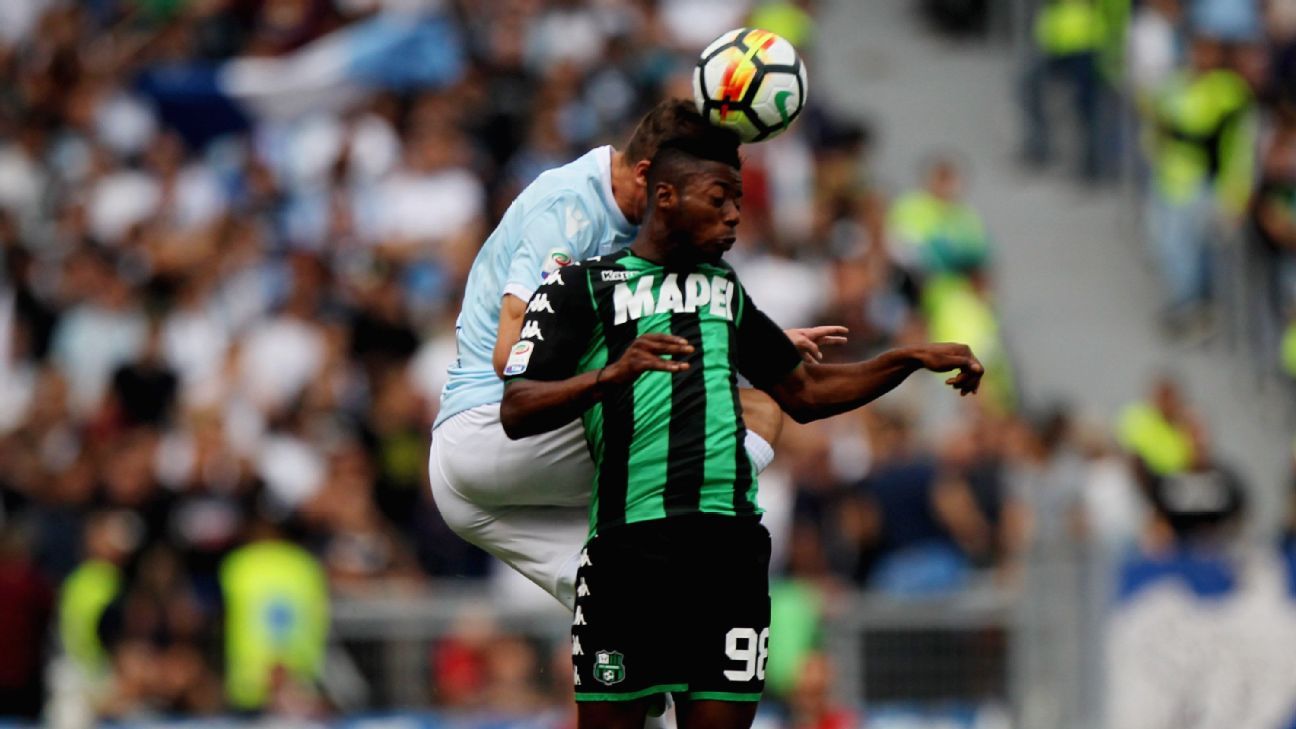 
Lazio have been ordered to play their next two Serie A fixtures with the Stadio Olimpico’s Curva Nord closed after racial chanting was heard during the 6-1 win over Sassuolo at the weekend.

Sassuolo midfielder Claud Adjapong was the victim of the latest round of racist chanting by Lazio fans and so a suspended sentence for a similar incident during the Rome city derby last season has been executed.

In addition to the one-game partial stadium closure for their clash with Cagliari on Oct. 22, they will, therefore, also have the same section of the Stadio Olimpico closed for the visit of Udinese on Nov. 5.

The Lega Serie A announced the sanctions in its latest round of disciplinary measures.

Adjapong says he heard the racial chanting aimed at him by Lazio fans at the weekend but blocked it out, while expressing his sadness that such incidents continue to happen.

Adjapong, who is currently on international duty with Italy under-21s, spoke of his disgust at what he heard, even if he did not let it get to him.

“I heard the racist chants at the Olimpico, but when I’m on the field, I just focus on playing my game and obtaining my objective,” he is quoted as saying by ANSA.

“It’s strange that in 2017 there are still people who discriminate due to the colour of your skin and your sexuality. I’ve had experiences of this in the past, but when I’m on the field it doesn’t interest me what people say to each other.”

Adjapong is the latest victim of racial chanting from Lazio fans, who have already served stadium closures for UEFA fixtures and bans for Serie A games in the past four years.

Lazio midfielder Senad Lulic was also banned for aiming a racial slur at then-Roma defender Antonio Rudiger in the Rome derby last season, resulting in the suspended sentence which has now seen their one-game closure doubled.