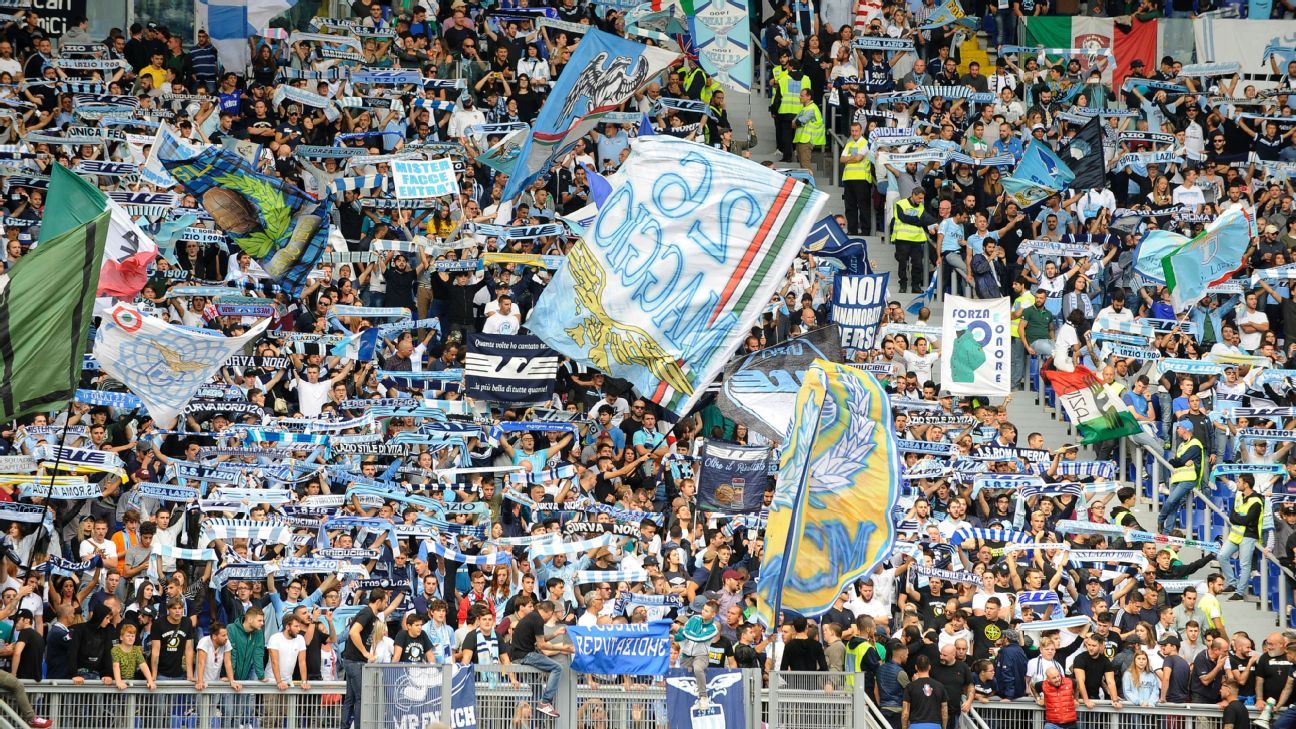 
ROME — Images of Anne Frank wearing a Roma jersey are among the anti-Semitic stickers and graffiti left by Lazio fans that have been discovered at the Stadio Olimpico in Rome.

It’s the latest in a long line of racist or anti-Semitic incidents involving Lazio supporters.

The northern end of the stadium where Lazio’s “ultra” fans sit was closed on Sunday for the match with Cagliari due to racist chanting during a match against Sassuolo this month.

As a result, Lazio decided to open the southern end and let the “ultras” in where Roma’s hard-core fans sit for their home matches.

The Italian football federation is likely to open an investigation, which could result in a full stadium ban for Lazio.

“This is not a curva, this is not football, this is not sport. Keep the anti-Semites out of the stadiums,” tweeted Ruth Dureghello, the president of Rome’s Jewish community.

Adjapong was born in Italy to Ghanaian parents and has represented Italy Under-19s. Duncan is from Ghana.

Lazio will also be without fans in the northern end when Udinese visit on Nov. 5, as it was also decided to apply a sanction that had been conditionally suspended for racist chanting during the Rome derby in April.

Also this season, Lazio beat Belgian side Zulte Waregem 2-0 in a Europa League match behind closed doors due to punishment from UEFA for racist chants aimed at a Sparta Prague player in the Roman side’s last continental appearance two seasons ago.

The club promoted an anti-racism initiative for the Cagliari game, saying it was up to other fans to educate the offending supporters until their “ignorance and lack of respect for the most elementary rules of coexistence disappear once and for all from our stadium.”

The racist and anti-Semitic incidents are obscuring a surprisingly positive season for Lazio on the pitch.

The Roman squad beat Cagliari 3-0 for their fourth straight win and are fourth in the standings, level on points with six-time defending champion Juventus, which they recently beat 2-1.