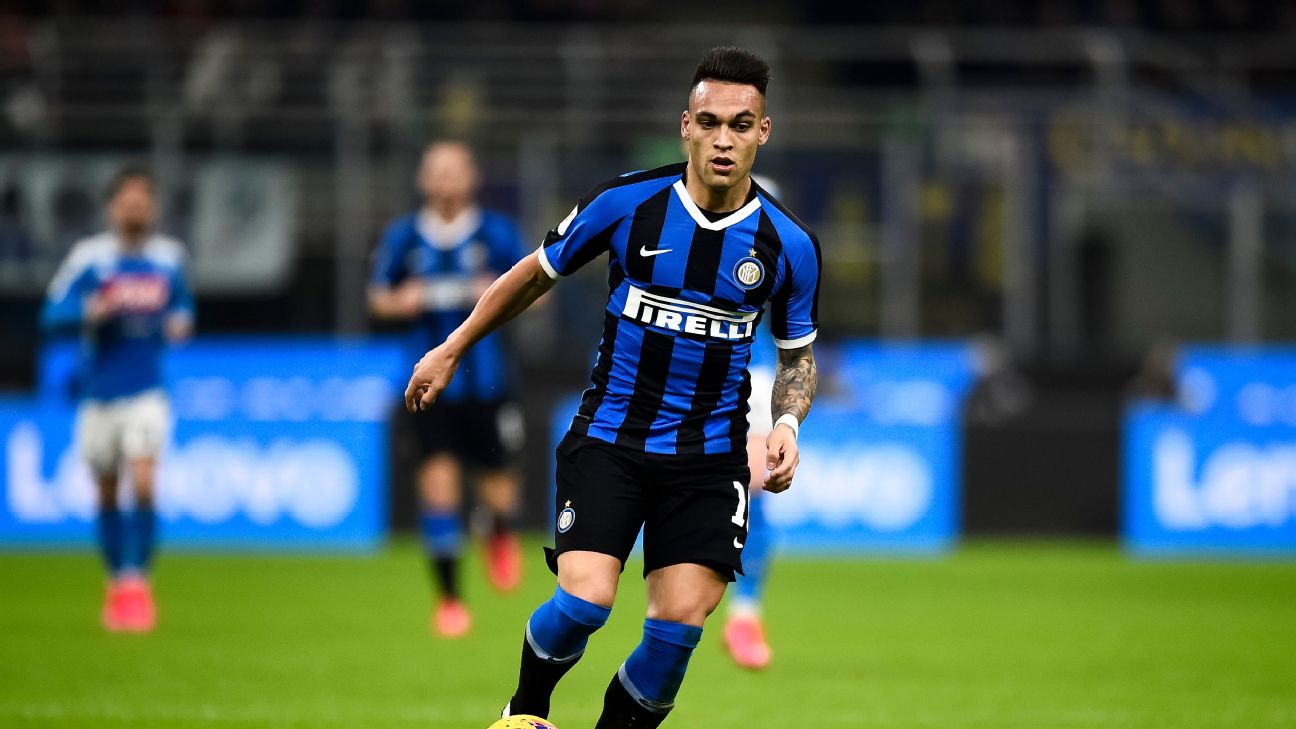 
Argentina coach Lionel Scaloni would like to see Lautaro Martinez playing alongside Lionel Messi at Barcelona next season but believes Inter Milan will make it difficult for their star forward to leave.

Barcelona coach Quique Setien said his club is always interested in great players and Martinez is one of them.

Barcelona and Argentina captain Messi recently praised the 22-year-old Martinez and labelled him a “complete forward.”

“It’s logical that they want to play together, they get along well,” Scaloni told Cadena Ser. “They understand each other well.

If the deal between Barcelona and Inter were to materialise, Scaloni said he “hopes it will be positive.”

Real Madrid, Manchester United and Paris Saint-Germain are also reportedly in the race to sign Martinez.

“Lautaro is the striker that is in fashion,” Scaloni said. “He has an incredible projection, he is strong, he is incredibly eager to succeed. Everyone is looking at him because he is young and talented. He is a player that everyone would want to have in their team.”

Martinez has scored 25 goals in all since joining Inter from Racing Club in the summer of 2018. He has a €111 million release clause and is tied to the Nerazzurri until June 2023.

Inter have no intention of selling Martinez this summer with vice-president Javier Zanetti claiming Martinez will remain at the club for “many years.”

“The first thing that I think of is how easy is it going to be to get Lautaro away from Inter? Inter is a big club, with a powerful president, ” Scaloni said. “It’s honestly not going to be easy and I hope he does what is best for him.”

Barca are looking to sign a player to become Luis Suarez‘s long-term successor and Scaloni said Martinez is the right match.

“He is similar to Luis Suarez,” Scaloni said. “They are area players that never give a ball up as lost, players that punish defences, that mark moves… players like [Martinez] can give a club certain years of tranquility as a No. 9.”