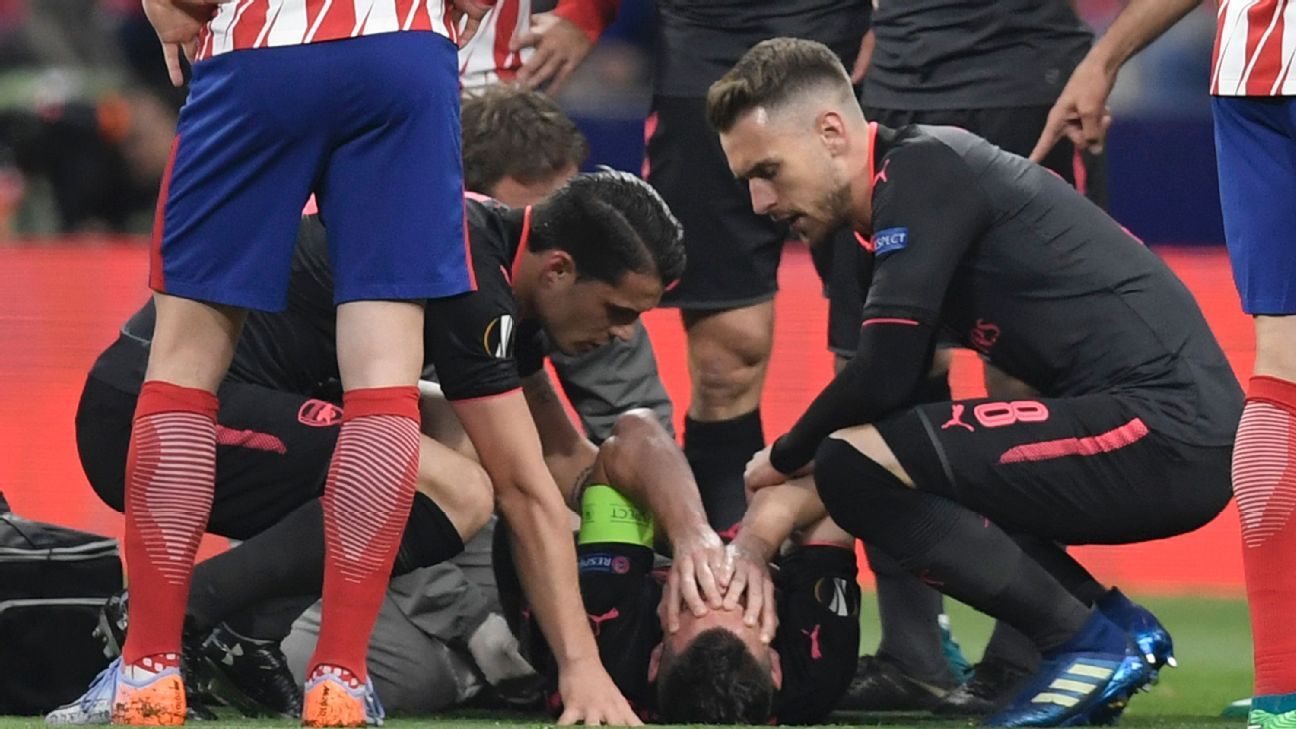 Laurent Koscielny was carried out of Arsenal’s Europa League semifinal second leg on a stretcher on Thursday night after suffering an apparent injury that puts the France defender’s World Cup in serious jeopardy.

Koscielny was making Atletico Madrid striker Diego Costa near midfield seven minutes into the game when he fell to the pitch untouched and grabbed his right leg in pain.

He was attended to on the pitch by training staff for several minutes before being carried off.

There was no immediate confirmation on the extent of the injury, but multiple reports from the stadium said the 32-year-old had torn his Achilles tendon.

Koscielny has dealt with a number of Achilles injuries in the past, and said a year ago he would need daily treatment for the rest of his career in order to to stay fit.

His absence would be a blow to France with the World Cup just six weeks away. Koscielny started France’s friendlies against Wales last November and at Russia in March and was set to be in a fierce battle with Raphael Varane to start at centre-back alongside Samuel Umtiti.