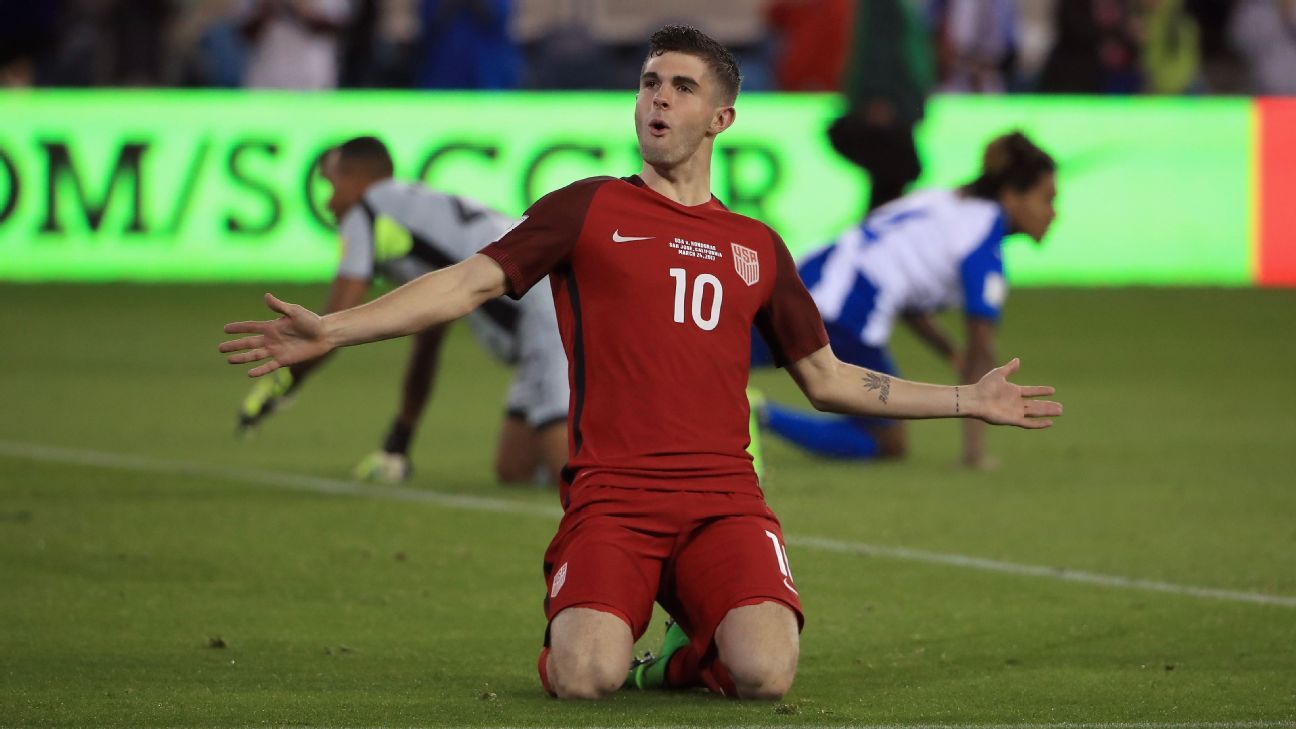 
Landon Donovan says that Portland Timbers midfielder Darlington Nagbe is the X-factor when it comes to the attack for the United States, and praised teenage sensation Christian Pulisic’s maturity.

Speaking exclusively with ESPN FC ahead of MLS Rivalry Week, Donovan spoke on a range of national team topics. But ahead of a crucial pair of World Cup qualifiers in early September, he said that Nagbe is a critical piece in terms of shouldering the attacking load.

Nagbe has been criticized most of his career for not producing enough goals or assists — a stance U.S. manager Bruce Arena has echoed. But Donovan indicated that the Portland midfielder helps the U.S. out in more subtle ways.

“Nagbe’s ability to influence a game is unlike any other player on this U.S. team,” Donovan, who is an analyst for Fox Soccer, said on Thursday. “If you think of the game, think of it like an American football game. If you’re able to dominate field position or ball possession over the course of the game, it kind of wears teams down.

“Nagbe’s ability to flip the U.S. from defending to now he gets the ball, beats a couple of guys, moves into the attack, gets fouled, now all of a sudden you’re 40 yards up the field. Now you start attacking and you’re in the other team’s end.

“Doing that time and time again over the course of the game is really valuable. I think that’s a piece of his game that people don’t appreciate enough when he doesn’t score a goal in the game or doesn’t have an assist. He makes plays that lead to other offensive plays that help you win games.”

Nagbe’s emergence in 2017 has been a big development for a U.S. team that can always stand to have more difference-makers on the field. Right now, midfielder Christian Pulisic is the most important attacking piece, but Donovan feels that the U.S. isn’t overly reliant on the Borussia Dortmund attacker, or asking too much of him.

“I think there are plenty of people that can pull off a special play,” said Donovan. “Christian is at the top of that list for sure, but Jozy Altidore can, Michael Bradley can, Clint Dempsey can, Bobby Wood can. I think Jordan Morris can at times, Nagbe can for sure.

“But Pulisic is clearly a critical part of the team now. I’m okay with that. Whether he’s 18 or 30, I think he’s shown that he’s mature enough to handle every step up that he’s gone through. I don’t worry about it.”

The recent months have seen the U.S. climb off the bottom of the World Cup qualifying group, and move into third place, the last of the automatic qualification spots. And Donovan for one, feels that the Americans’ triumph over Costa Rica in the semifinals of the Gold Cup sets the U.S. up well for the Sep. 1 crunch match at Red Bull Arena.

“It’s hard not to be optimistic,” he said. “It’s a little bit concerning with some of the injuries in the back now. But that win against Costa Rica [in the Gold Cup] carried so much more weight based on what was coming in the next month because if you tie that game or lose that game with five Costa Rican players injured and not there, and they have this belief that they can come in now and beat the U.S. in this crucial qualifier, it changes the dynamic a lot.

“So winning that game, and winning that game pretty dominantly I think sent a big message, and Costa Rica comes into that World Cup qualifier a little less confident than they otherwise might have been. I think it was really important.”

That said, Donovan has his share of concerns especially as it relates to the team’s lack of depth in the center of midfield.

“If you’re not going to play Bradley and Pulisic in the center, then who are you going to play?” Donovan said. “Kellyn Acosta we all like, I think he’s developed well. But he’s not a proven commodity there yet.

“I think he’ll get there, but you can’t say, ‘No problem, he’ll start, it’s okay.’ So, knock on wood, if Michael gets hurt or gets a yellow card suspension or a red card, who’s the next one? That needs to be sorted out and I think Bruce understands that too.”