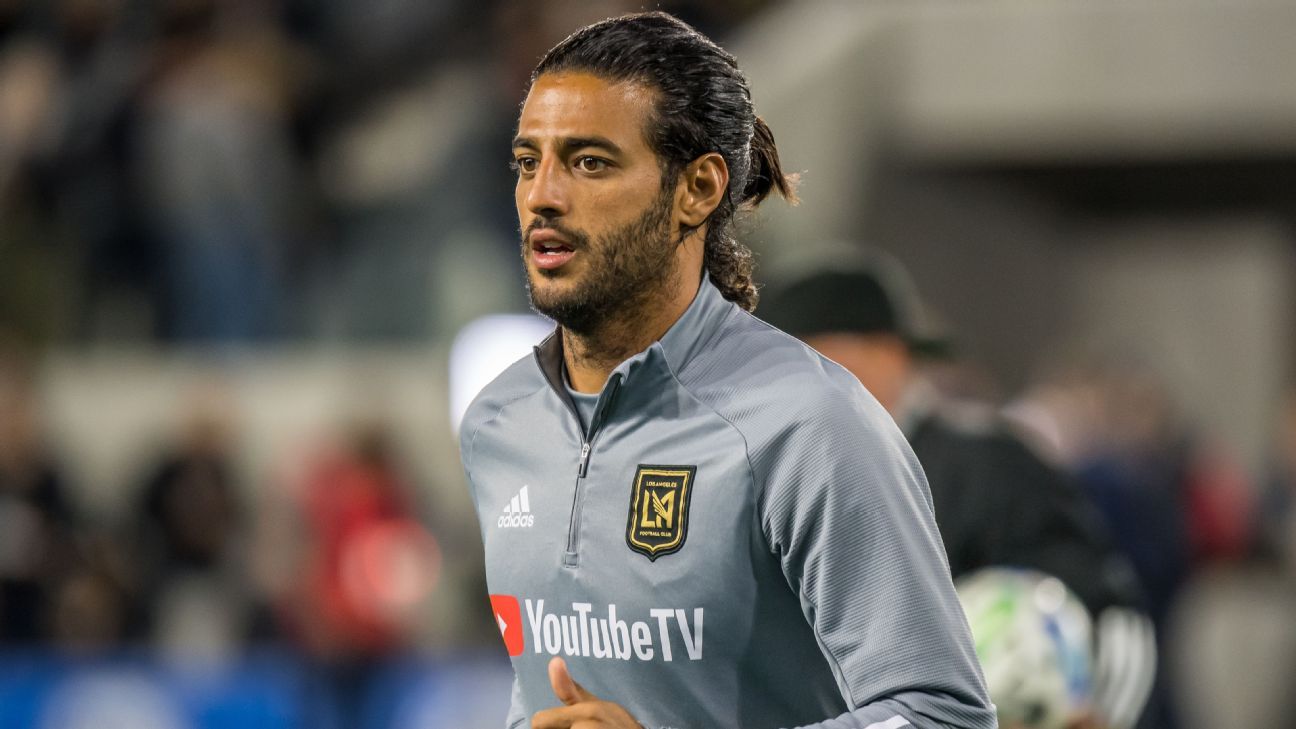 
LAFC forward Carlos Vela will not participate in the MLS is Back Tournament, the club and player announced on Monday.

– Stream MLS Is Back LIVE on ESPN networks, ESPN App (U.S. only)
– Group schedule set for MLS is Back Tournament

Reigning MLS MVP Vela, whose wife is pregnant, had long been unlikely to participate in the tournament, as ESPN reported earlier this month.

“I would like nothing more than to be with my teammates in Orlando. I always want to give everything I have to my Club, our fans and supporters and the city of L.A. However, it is in the best interest of the health of my family to stay home and be with my wife during what is a risky pregnancy,” Vela said in a statement.

The league’s setup on the grounds of the Walt Disney World Resort near Orlando prohibits family and friends from staying inside the bubble meant to protect teams amid the coronavirus pandemic.

“LAFC fully supports and respects the difficult decision Carlos and his family have made to not participate in the MLS Is Back Tournament. We have had numerous conversations with Carlos throughout this process and understand his unique situation and the importance of Carlos being home with his family at this time. We appreciate the support from the league, and we look forward to having Carlos re-join the Club when we return from Orlando and begin moving forward with the rest of the season,” LAFC general manager John Thorrington said.

Bob Bradley has no worries about LAFC without Carlos Vela and supports his captain’s decision to stay home.

The absence of former Mexico international Vela, 31, is a significant blow for LAFC. He has scored 57 goals in 72 league, playoff and cup appearances.

However, the Black and Gold would still be among the tournament favorites. LAFC is the reigning holder of the Supporters’ Shield, emblematic of the best regular-season record, and the team returned the bulk of its players this season.

Speaking at a news conference later in the day, LAFC coach Bob Bradley said the team will miss Vela but that it has been preparing to play without him.

“Certainly Carlos is an important player, but the way we train and the way we prepare is to be a good team when Carlos isn’t on the field and we’ve had some moments where I think that’s been the case,” Bradley said. “We train in different ways everyday, mix up line-ups, make sure guys get used to playing with different people, so the mindset is what I said earlier: we stand behind Carlos, it’s important for him to be with his family and now [comes] the challenge of getting back onto the field after a long layoff.”

Bradley also said the club has been monitoring the situation of the coronavirus pandemic.

“In terms of COVID cases, of course we’re concerned. We’re concerned with what we see going on around the country in different states and all of us are playing close attention to news coming out of Orlando out of the bubble,” Bradley added. “We’ve had confidence here even though there’s a big spike in cases in Los Angeles because we’ve continued to test negatively and guys have had the confidence that when they come in everyday our training facility is a safe place.

“The reminder to all the players is that it is about helping each other, it’s about as a group staying together, it’s not a time to be socializing with all the other teams. There are big challenges to this type of situation in a bubble and I think the best way to try to help each other to be strong as a group.”

LAFC is scheduled to travel to Orlando on Monday afternoon ahead of its first game July 13 against Houston Dynamo.