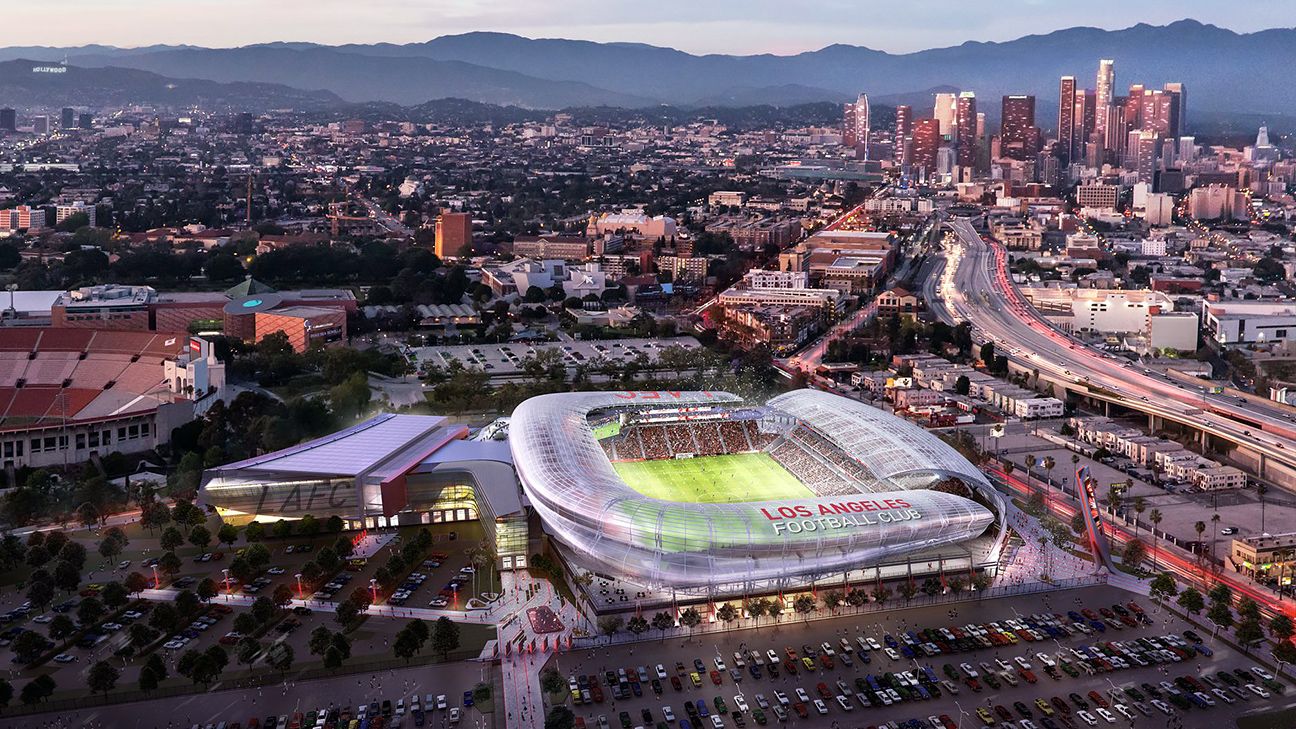 Synonymous with glitz, glamour and sporting success, the City of Angels will rubber stamp its place as a footballing hotbed when a second Major League Soccer team makes its debut in March, according to Penn.

LAFC will have been three-and-a-half years in the making by the time the 2018 MLS season gets underway — and the team has certainly embraced the Tinseltown razzle-dazzle.

Penn is understandably proud of a ground that remains on time, on budget and on course to attract the biggest names in the game.

“I think over time, you will see some of the best talent and best names in the world want to come to Los Angeles,” Penn told Press Association Sport at the club’s downtown headquarters.

“All players at all levels want to come Los Angeles and we feel like we’ve built a stadium worthy of any player in the world.

“The question is the correct timing and so we’re going to need stars through the cycle of our existence, but we want to win and we want to have an exciting style of play as soon as possible.”

Eight months out from LAFC’s debut, though, there are just two players contracted to MLS’s newest side.

An expansion draft will help build the team, while there is the budget and desire to make big signings, with Zlatan Ibrahimovic, Javier Hernandez and newly out-of-contract Wesley Sneijder among those linked to the new kids on the block.

“I think we’re interested in any player, any time,” Penn said confidently. “It could be [Lionel] Messi, [Cristiano] Ronaldo, you name it. We feel like that player is going to have interest in Los Angeles.

Pointed out that Ibrahimovic was free after leaving Manchester United, Penn said with a smile: “That is true, Zlatan is not under contract.” Penn then added jokingly: “He also has a bad knee, doesn’t he? And he’s very active in the news with other clubs, right?”

The pull of Ibrahimovic is undeniable, though, and that is why there has been such strong links to LA’s established MLS side, the Galaxy — former home to the likes of David Beckham and Steven Gerrard.

They boast a history of success but Penn points to LAFC’s freshness and downtown location among the club’s most attractive features.

“We’re in the heart of Los Angeles,” he said. “We’ll have the most spectacular stadium in all of North American sport and I’d say the world — for its size, there’s nothing like it.

“And then there was this opportunity for us to be different, to be of the city, to appeal in a different way, to create the club first before the team. That has resonated with all of our stakeholders, so this is a massive market.

In building a fan base, LAFC’s motto has been “street by street, block by block, one by one.” Without spending a dollar on traditional advertising, the club has enticed supporters that have had the chance help select the colours, crest and even design the stadium.

The approach has clearly worked, given premier and club level tickets have sold out and 17,000 deposits have been put down for season tickets — all before the club has even named a manager.

Appointing a coach is high on the list of priorities as focus increases on life on the pitch under executive vice president of soccer operations John Thorrington’s guidance.

The Manchester United youth graduate certainly has a lot on his plate over the next eight months but the drive, passion and backing behind the scenes means LAFC should hit the ground running.

“We won’t be satisfied until we’re a perennial championship-level team in the MLS,” club president Penn added. “We have aspirations to be a global club worthy of Los Angeles.

“As football evolves, Los Angeles Football Club eventually is going to be a relevant club on the global scale. But it’ll be very satisfying to play that first match in our brand new stadium, with the team that we’ve assembled, with our supporters roaring and singing.

“It’s going to be a crazy, crazy scene unique to Los Angeles, and special.”