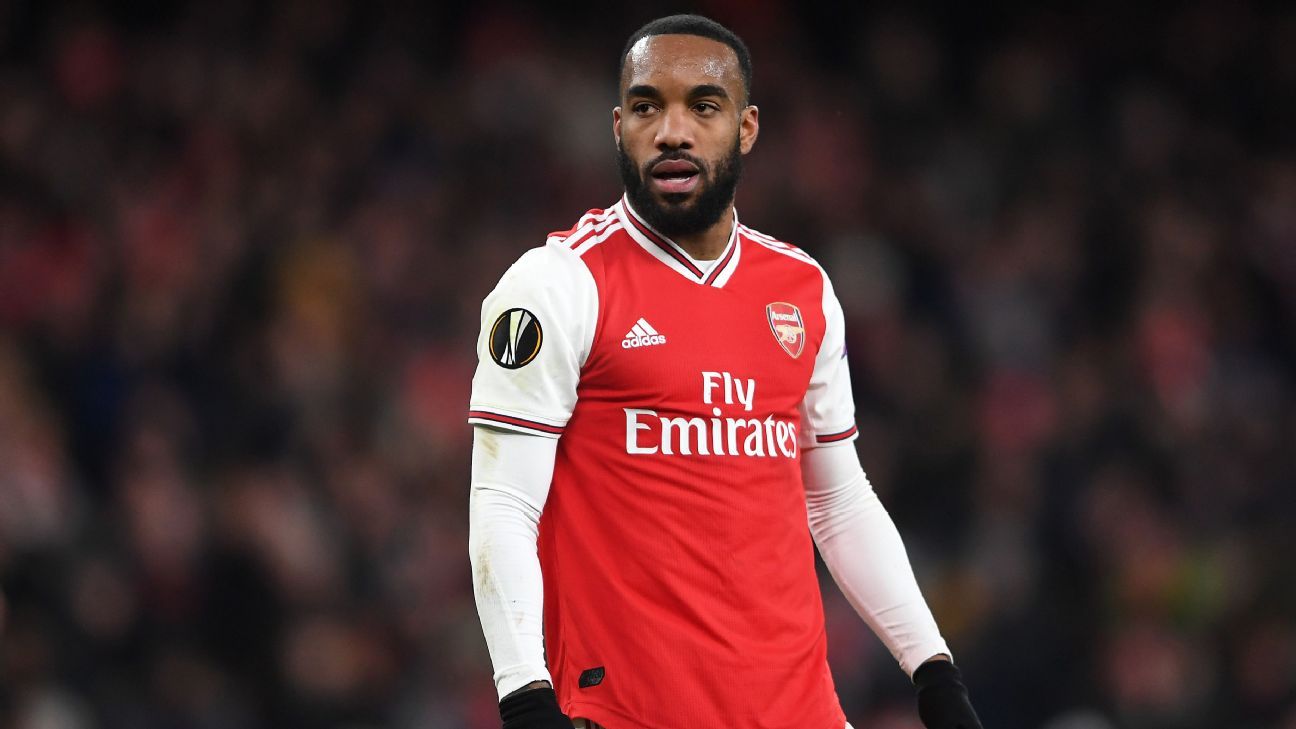 
Alexandre Lacazette has described Arsenal as his “dream club” in the United Kingdom — but revealed his future remains uncertain and is not linked to Pierre-Emerick Aubameyang‘s contract decision.

The 29-year-old has endured what he believes is his toughest season yet after struggling with a persistent ankle problem and loss of form, which led to prolonged goal droughts and spells in which head coach Mikel Arteta preferred young striker Edward Nketiah.

However, three goals in his final six Premier League appearances marked something of a renaissance and the player from France is expected to lead the attack in Saturday’s FA Cup Final against Chelsea at Wembley.

Lacazette has two years remaining on his current contract and had been expected to discuss his role with Arteta but he insisted negotiations are yet to begin.

“It was a difficult season, maybe the most difficult of my career,” said Lacazette. “But I know I learned a lot this season mentally and thinking more about the team than scoring goals when I had my long period without goals.

“So I noticed this season when we talk about statistics it is not the best one. But it’s still only one season in my career and I know next season is going to be totally different for me.

“I’m happy with my career because I played for Lyon, my club since I was a child. I played for Arsenal, my dream club in the UK. I’m still happy about my career but obviously I would love to win more trophies and this one can make me happier in my Arsenal journey.”

Lacazette has only won the 2017 Community Shield in his three years at Arsenal since joining the club in a £56 million move from Lyon.

The only other trophy of his club career came in Lyon’s Coupe de France success of 2012 but he has formed a close friendship with Aubameyang, who now has less than a year remaining on his contract.

ESPN revealed earlier this month that Aubameyang has requested a three-year deal worth up to £250,000-a-week and is keen to stay but Arsenal will miss out on Europe altogether if they fail to beat Chelsea, exacerbating the financial pressures on the club created by the coronavirus.

It is also understood that the Gunners have ruled out allowing Aubameyang and Lacazette to leave in the same summer but the latter claimed his situation is not related to his teammate’s decision.

“We know that Auba has a lot of discussion with the club but I can’t put my future in someone else,” said Lacazette. “Everybody does their own thing. Me I used to talk with him a lot at the beginning when we came back from lockdown. But since we really don’t really talk. I just know he will say something to me before you in the press will know but that is it.”

Arsenal will seek to avenge last season’s Europa League Final defeat to Chelsea, when the Gunners needed to win to secure Champions League qualification but were hammered 4-1 in Baku. But they will do so without Mesut Ozil who was still in Turkey on Friday.

Victory would secure a record 14th FA Cup success and gain a measure of revenge for a painful experience Lacazette still remembers clearly.

“Nobody was talking, it was a long flight [home from Baku],” he said. “Really silenced. Maybe the worst flight I have ever had. But yes afterwards when you lose a final it is really hard to try to talk with someone or to laugh. Obviously everybody was disappointed.

“Hopefully for everyone, the ones who played will not forget the final last season. Everybody has to find their own motivation for this game. Whether that is to think about the past or the future, or whether it is just because they want to win this game. I don’t think really care why they want to win. But normally everybody wants to win.

“We know in the League we finished in a bad position, we lost against Olympiakos early in the Europa League, so we missed a few of our targets. That’s why I say it would save our season.”