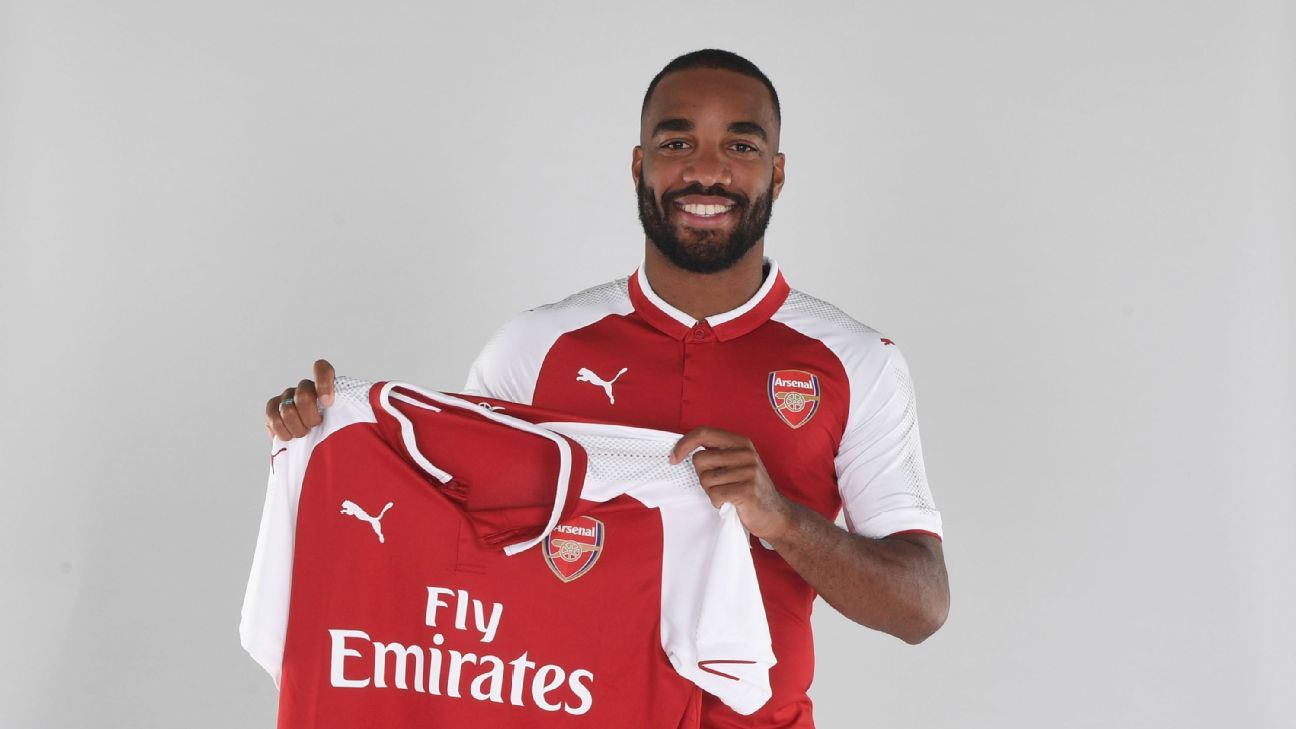 
After handing the No. 9 shirt to record £53 million signing Alexandre Lacazette, Arsenal are hoping they’ve finally found a player who will live up to the number.

But perhaps the French striker should have looked at the list of former wearers before accepting the number, as it doesn’t seem to bring a whole lot of luck.

Some Arsenal fans even talk about a “curse” being attached to the shirt, and it’s easy to see why: No fewer than eight players have worn the Arsenal No. 9 since Nicolas Anelka left the club in 1999. And for one reason or another, they all struggled to make an impact on Arsene Wenger’s team. None of them lasted more than three years.

Here’s a look at those players, and why Lacazette may have reason to be worried …

Suker was part of the deal that saw Anelka join Real Madrid, but didn’t prove to be much of a replacement for the Frenchman. He scored 11 goals in his only season at Arsenal before Wenger offloaded him to West Ham.

Jeffers may go down as one of Wenger’s more ill-advised signings, as Arsenal spent £8 million buying the striker from Everton. He never came close to displacing Thierry Henry or even Sylvain Wiltord, and left the club after netting just eight goals over two seasons.

There were high hopes that Reyes could be Henry’s long-term successor when the Spaniard arrived from Sevilla in a deal worth up to £17m. Instead, he became another disappointment, netting 23 goals in 110 games over three seasons. Perhaps he’ll be best remembered for being sent off near the end of the 2005 FA Cup final against Manchester United, which Arsenal nevertheless won on penalties.

Baptista joined on a season-long loan from Real Madrid with Reyes going in the opposite direction, but the bulky Brazilian struggled with the pace of the Premier League. Aside from his four-goal performance at Liverpool in the League Cup, he never looked comfortable in Wenger’s attack and finished with just three league goals on the campaign.

Unlike the previous names on this list, Eduardo was actually a success at the Emirates, until a gruesome leg break at Birmingham in 2008 ruined his career. The Brazilian never fully recovered his previous form, and Arsenal fans can only wonder how good he could have been if not for injury.

This was another curious signing by Wenger, as the South Korean never seemed likely to be a regular part of Arsenal’s first team. He only made one league appearance — as an 82nd-minute substitute — and his lone goal for the Gunners came in a 2-1 League Cup win over Bolton.

Like Eduardo, Podolski can hardly be called a failure after netting 31 goals in 82 games and establishing himself as a firm fans’ favourite. But despite a lethal left foot, the German couldn’t hold down a regular place in Wenger’s attack and was usually shunted out wide instead of playing up front. Nevertheless, he’ll be remembered fondly at the Emirates, both for his goals and his personality.

Perez felt a bit like a panic buy when he was brought in from Deportivo La Coruna last summer for £17m. Wenger had promised to buy a striker, but missed out on Lacazette and Alvaro Morata (along with several other targets if reports were correct) and was forced to make a late deal for Perez. Once Alexis Sanchez emerged as an option up front, however, Perez was never really given a chance, despite racking up seven goals and five assists during his limited playing time.