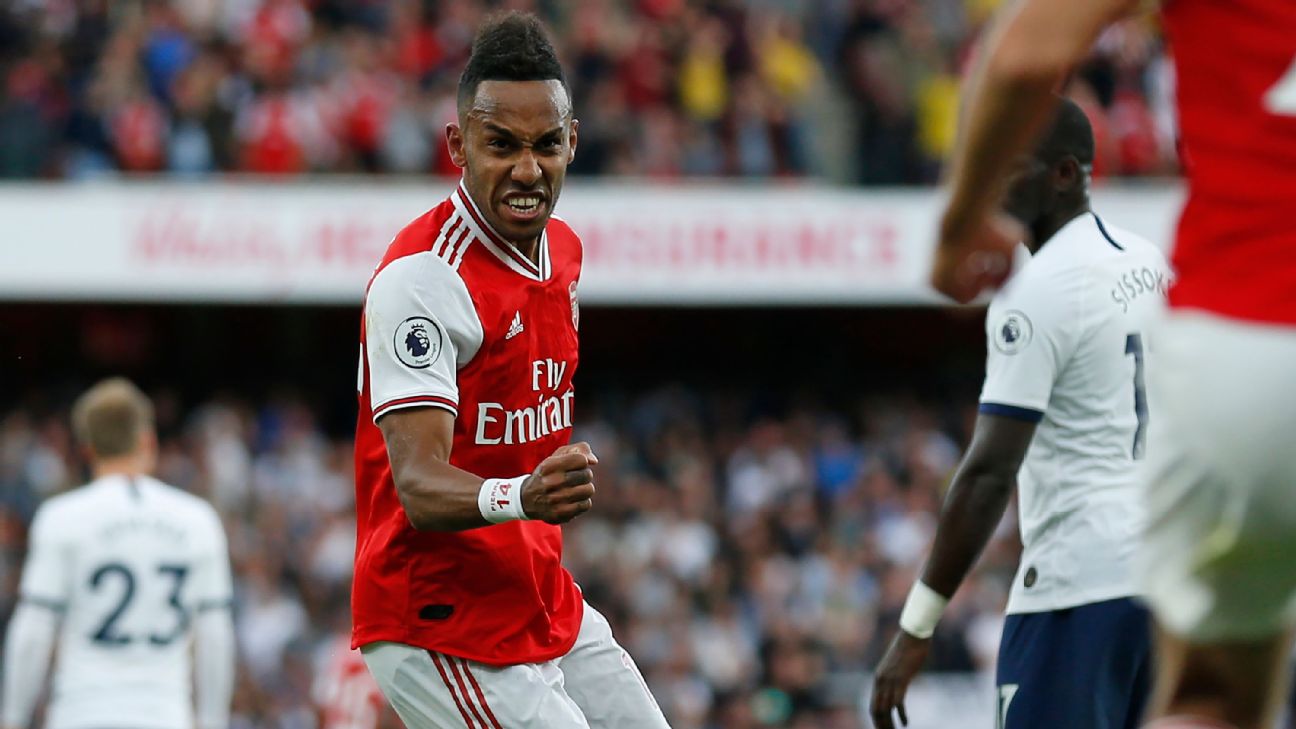 
Defensive errors were countered with a dominant attacking performance to earn Arsenal a 2-2 draw against Tottenham Hotspur in the North London derby at Emirates Stadium on Sunday afternoon. Christian Eriksen gave the visitors an early lead, before a poorly-timed Granit Xhaka tackle on Son Heung-Min presented Harry Kane the chance to double the lead from the spot.

Alexandre Lacazette got the Gunners back into the game with an emphatic finish on the brink of half-time, and the hosts began the second half as they finished the first, with Pierre-Emerick Aubameyang netting a deserved equaliser in the 71st minute. They were denied a stunning win by a clear offside decision to end the game with honours even.

Arsenal dominated possession for the majority of the match, limiting Spurs to few chances. The first-half dominance paid off when Lacazette deservedly got his goal, and it was important to get the Gunners back into the game. Had Spurs gone 3-0 up, it would likely have been game over before half-time. That continued into the second period, and it was the Gunners never-say-die attitude that earned them a hard-fought point.

Chants of “stand up if you’ve won the league” targeted at Tottenham rang around the Emirates Stadium, but it wasn’t quite a title-winning display from the Gunners. Silly mistakes at the back are becoming a theme of this Arsenal side, and Xhaka can’t keep making costly errors with his tackling.

6 — It’s becoming harder to justify David Luiz‘s inclusion in Arsenal’s starting lineup, and Emery should arguably have rectified that following the Brazilian’s mistake against Mohamed Salah last week. Xhaka also has a reputation for losing his head, and it proved costly. Taking Lacazette off with around 25 minutes remaining seemed a perplexing substitution at the time, but it allowed Aubameyang to play more central and exploit the space for Arsenal’s equaliser. The substitution of Dani Ceballos on for Lucas Torreira injected more pace into the attack.

GK Bernd Leno, 5 — Made Spurs’ opener too easy, parrying a relatively soft shot from Lamela into the path of Eriksen for a simple finish. Made a couple of great saves to deny shots by Son and Eriksen.

DF Ainsley Maitland-Niles, 5 — Coped relatively well with Eriksen and Son on the left wing, but was beaten by Kane on occasion.

DF Sokratis Papastathopoulos, 4 — Lost an aerial battle with Kane in the build up to Spurs’ first goal.

DF Sead Kolasinac, 5 — Looked lively on the left flank but stumbled over himself when presented with a good crossing opportunity. Should have buried a flick-on from Lacazette following an Arsenal corner. Proved to be a frequent creative outlet in the second half but should have done better to remain onside for Arsenal’s third goal, which was quickly ruled out.

MF Lucas Torreira, 7 — Injected pace into the build-up from back to front, demonstrating creativity with flicks forward to Lacazette. Set up Guendouzi nicely in a dangerous area in the second half.

MF Granit Xhaka, 3 — Lost the same aerial battle with Kane as Sokratis for Spurs first goal, and made a clumsy challenge on Son for Kane’s penalty. Reckless and unnecessary.

MF Matteo Guendouzi, 6 — Needlessly put the ball out of play for a Spurs goal-kick following a good spell of pressure and string of set-pieces from Arsenal. Top delivery to Aubameyang for Arsena”s equalising goal.

FW Alexandre Lacazette, 8 — Didn’t shy away from the battle with Alderweireld, and was fouled all over the place. Showed great strength, skill and desire to get Arsenal back in the game with a great finish for 2-1.

FW Pierre-Emerick Aubameyang, 8 — Consistently showed great skill and made things happen from the left wing, looking to create chances for Pepe. When he found himself in the danger area, he flicked in Guendouzi’s inviting through-ball for 2-2.

MF Dani Ceballos, 7 — Came on for Torreira in the 63rd minute. Showed great urgency and unleashed a rocket from distance, which Lloris tipped over the bar.

FW Henrikh Mkhitaryan, 5 — Came on for Lacazette in the 67th minute. Was unable to take advantage of a poor header from Davinson Sanchez.