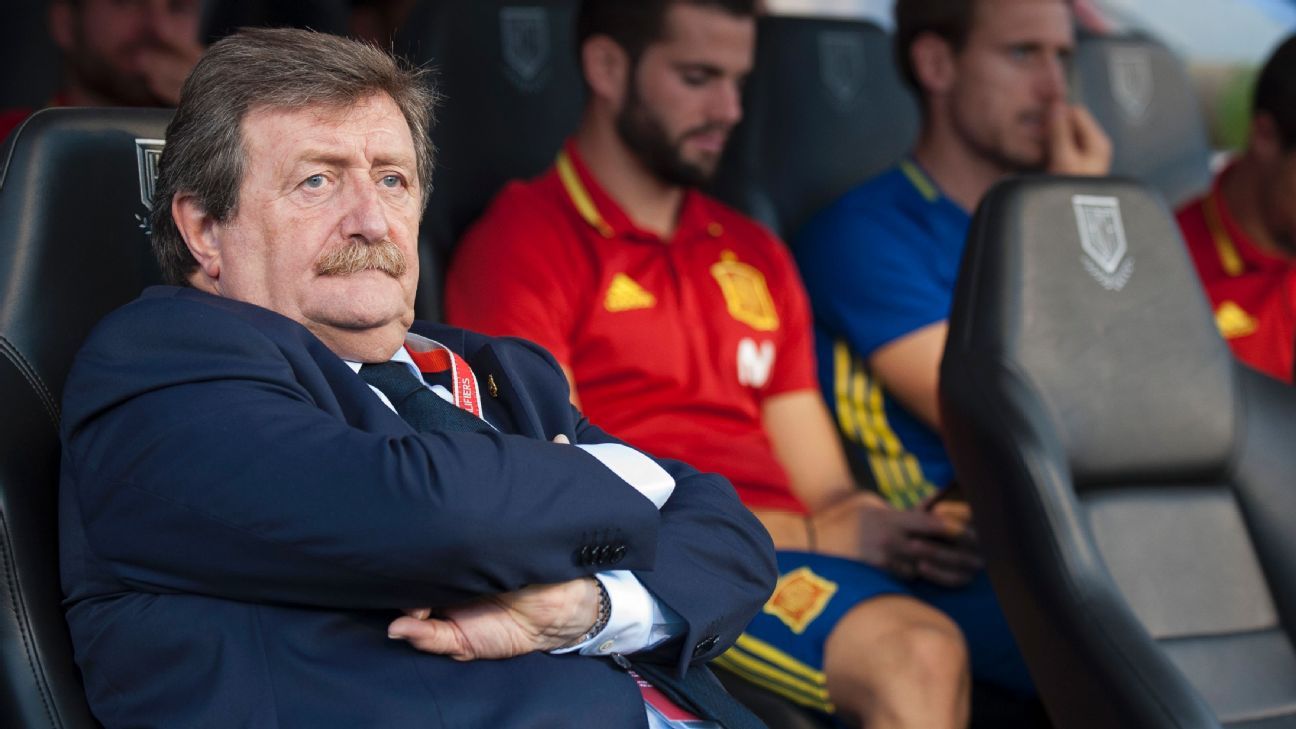 Both Serie A and the Bundesliga have already adopted the use of video assistant referees (VAR) this season, and RFEF chief Larrea said La Liga planned to follow suit.

“For next season. That is our intention,” Larrea told Cadena SER, adding that over 70 tests would first take place. “Technology is now coming into football and you have to accept it.”

The move would be quite a shift for La Liga, the only one of Europe’s top leagues yet to introduce goal-line technology, which has not been instituted amid cost concerns from La Liga president Javier Tebas.

La Liga did not immediately respond to Larrea’s comments on Thursday.

Earlier, Larrea said he is open to altering the current two-legged Copa del Rey format, but it will be down to the clubs to bring about a change.

Each stage of the cup from the round of 32 is played over two legs, with the team from the higher division playing the return at home, meaning the competition features many games but few upsets.

Ahead of Real Madrid’s visit to Fuenlabrada on Thursday, the third-tier club’s coach, Antonio Calderon, said the two-legged format does not give minnows much of a chance.

Espanyol coach Quique Sanchez Flores said this week that “everyone loses” at present, and called for ties to be decided by one-off games, and for the semifinals and final to be played off in the same city over the space of a few days.

And former RFEF treasurer Larrea, who stepped up to the top job when long-serving president Angel Maria Villar was arrested by anti-corruption investigators in July, told “El Larguero” that the clubs themselves could force a change if they wanted to.

“The current format has something, I like it,” Larrea said. “I believe it is even good to play over two legs. It is what they [clubs] wanted; we will change when they want to.”

Larrea was also asked about Madrid president Florentino Perez’s desire to shake up the system by which referees are appointed and managed in La Liga.

“In the meal before the Supercopa [return] we spoke about the refereeing,” Larrea said. “[Perez] understood that in the first leg there had been the issue of Cristiano and his sending off and the push. He felt hard done by. We told him that it was neither the time nor place for such a debate. Referees can make mistakes, it is a difficult job.”

Perez has been a long-term critic of Victoriano Sanchez Arminio, head of Spain’s referee’s authority since 1993.