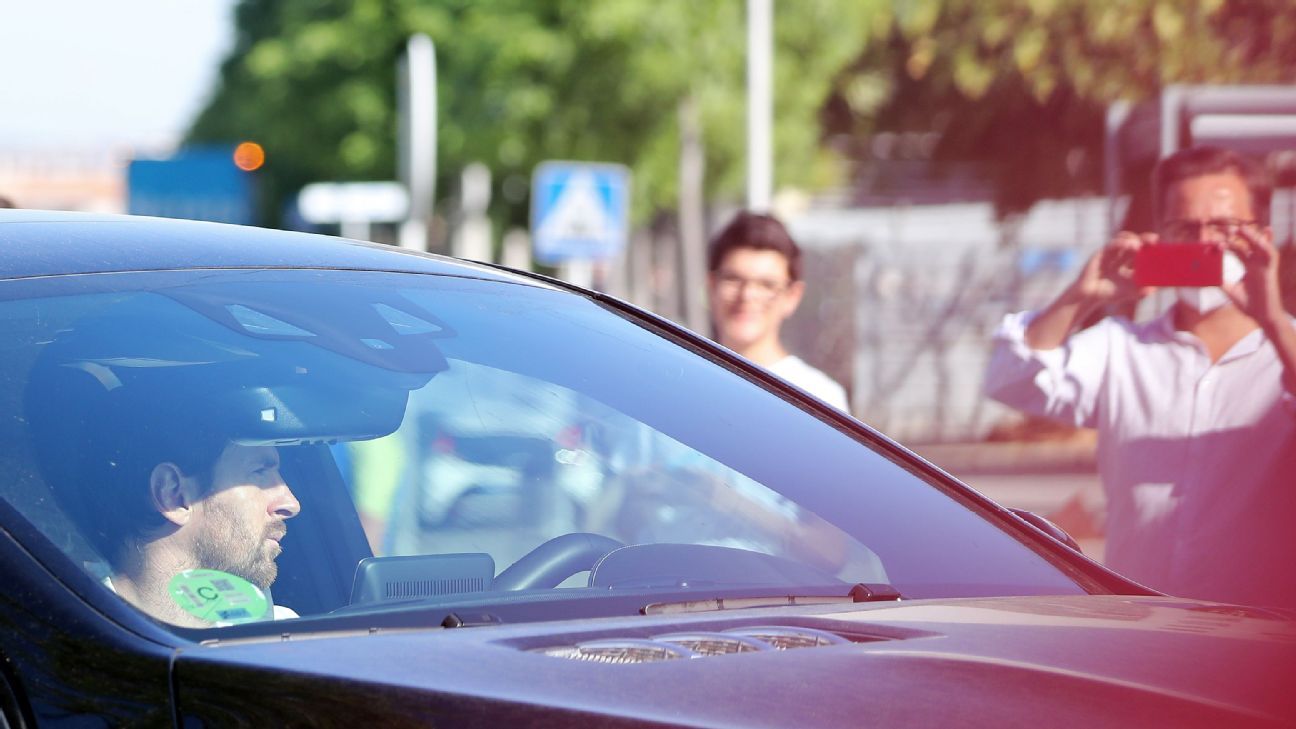 
It’s exciting and uplifting that La Liga is back, an indication that Spain is winning its battle with the coronavirus and a tantalising taste of a return to full-scale football in the months to come. Hallelujah is the right word.

But we can’t begin, I’d argue, without taking account of what we’ve lost forever and that which we’re currently going to have to go without. Not just because of this indiscriminately cruel virus, but because within this time capsule where we’ve been deprived of the world’s favourite sport, time hasn’t stood still.

Real Madrid will take to their training ground stadium, while the Santiago Bernabeu is being remodeled, on Sunday evening to play Eibar in search of a title I think is well within their grasp. But they’ll do so without the watching eyes of either Lorenzo Sanz, Los Blancos‘ president between 1995 and 2000, under whose reign they twice won the Champions League, or their famous defender Goyo Benito, who made 441 appearances and won 11 trophies there. Both were victims of COVID-19.

As we press helter-skelter into resumption, let’s not forget them or their contributions.

Sanz was responsible for the signing of Predrag Mijatovic — the cause of a breach with Valencia, which stirs bad blood to this day — scorer of the winning goal when Madrid won their eighth European Cup/Champions League, against Juventus in 1998. That year, Sanz also pushed through the biggest “Bosman” signing — which meant players could move to a new club at the end of their contracts without their previous club receiving a fee — the world had seen once Belgian footballer Jean-Marc Bosman’s costly legal action won end-of-contract freedom for footballers.

Steve McManaman moved from Anfield to the Santiago Bernabeu in 1999, without a transfer fee, and at the end of his first season was man of the match as Madrid lifted their ninth European Cup/Champions League. One of the saddest absences this week, and for a long, long time to come, will be the voice, handsome smiling face and football intelligence of Michael Robinson. Born in England, Irish by national team representation and gifted in both wit and sparkling vivacity, he was a good friend and talented, warm companion to anyone who knew him, in which group I include the millions who’ve only known football with his brandy-smooth voice to accompany them on radio or television since 1991.

Robinson’s battle with cancer wasn’t going to be winnable in the long term, but he’s gone far, far too soon. Being back without him will chafe hard.

Aritz Aduriz is a loss in a different sense, as he unexpectedly announced his retirement in May. Not many of us either get to choose when we exit stage left, nor how. Life often packages up its newsflashes to us in the most undignified, unexpected and unpalatable ways. Please don’t worry — I’m fully aware that life just as often drops little magical parcels of happiness, comfort, fun and exuberance into our lives, too, but there’s a specific reason I’m sad we’ll be returning without Aritz Aduriz Zubeldia, but content, too.

Aduriz was one of those footballers who, whatever the state of the game, the weather, the way his team was playing, the degree to which a rival centre-half was trying to bully him or the service he was receiving, could be relied upon to make us exclaim in admiration. He was really clever, and also wily. He was gifted technically, and he truly played to win.

Believe me, not every footballer outright plays to win — Aduriz did. All-in, every time. That in itself exudes life affirmation. Guys like him inspire us. Not for him, the percentage idea of “doing OK” or trying to ensure that his team, first and foremost, didn’t lose. Meet him and he would be soft-spoken, just a tad on the shy side — get to know him or watch him regularly, and it was clear that this was a formidable man, made of the right stuff.

So if you enjoy Spanish football, Spanish football culture and the special things Athletic Club have achieved in recent years, then obviously his retirement is a loss. However, don’t lose perspective of the fact that Aduriz was afforded the right to choose. The 39-year-old Basque native wasn’t told by anyone that he was off the pace, was getting cut from the squad or needed to find another place to wind down his career. No. The surgeons warned him that his hip needed replacement sooner rather than later, but it was still within his decision-making power to hold on until the end of this season.

We all yearn for the right to choose in life, particularly the most vital aspects. When given his choice, typically, Aduriz opted for dignity — for team benefits. I’ll long treasure his “adios” words: “I can’t help my teammates the way I would like to, nor the way that they deserve. That is the life of a professional athlete. Simple, very simple.

“Unfortunately, we are living through situations much more grim and painful; the pandemic that we are suffering from has left us with irreparable damage and we have to keep fighting it, together. Therefore, I don’t want you to worry about me; this is just an anecdote.”

Now, there’s something else we’ll be returning without.

There’s a debate right now about whether or not it’s fair for parts of Spain, where the fight against the virus has advanced more quickly, to let some fans into their stadiums when other clubs are still strictly prohibited from doing so. How and when to open the gates to paying fans is an argument for the future, when we in Spain are further still from the desperate situation of the past few months. When Spain is sure that beginning organised professional sport does not trigger a spike in either infections or deaths.

Until then, I trust common sense will prevail: no paying fans allowed in until all clubs are permitted the same provision.

In the meantime, there will be a significant period during which Liga matches are played in empty arenas. I mention this not because of the debate about whether TV viewers should have crowd noise piped into their audio feed in order to add “atmosphere” (for the record: I’m in favour) or whether a type of computer-generated imaging of fans should cover up the bare stands and tribunes.

No. When the most recent round of La Liga matches was played, in the first week of March, every single game featured at least one black footballer. Valencia, Barça, Getafe, Celta, Leganes all chose four from their squad, Real Madrid seven. Now that La Liga is back (#BackToWin, as their own slogan states), we know that these men are currently guaranteed not to suffer racist abuse in their places of work.

How sad it is that empty seats is the only way to be absolutely sure of this. There will be no fans, the bare minimum of staff from each club, security personnel, a variety of officials … and that’s about it. No abusive chants or words from spectators. The most high-profile examples in recent history include Barça striker Samuel Eto’o trying to abandon the field of play at Zaragoza because of racist chanting, Dani Alves eating a banana thrown at him in Villarreal and some utterly horrendous abuse of Real Madrid’s Marcelo by some Atleti followers after a cup game, but as recently as January, Athletic Club’s Iñaki Williams was the victim of more of the vileness at Espanyol.

When league play resumes, La Liga’s stars will not only be allowed to ply their trade without unwanted distractions, but will be guaranteed to be able to do so with dignity. What would be an enormous victory, and something that won’t happen organically — it needs promotion, publicity, persuasion and education — is if those who attend football as we go forward become happier to pick out and expose those among them who resort to racist language or actions. By that I mean crowds will be allowed back gradually — small numbers, growing as social distancing becomes less vital until, step by step, we go from quarter-, to half- to completely full stadiums. I contend that the dull-minded brutes who abuse those who are different will be easier to spot, will be isolated and can be reported, arrested and banned. I say “can be,” because it’s not automatic that they will be.

La Liga — as an institution, the clubs, their stewards and police — would have to be more proactive, more strategic and much more public about their zero tolerance. However, this is a genuine opportunity. It’s not a complete start from scratch, but we are entering uncharted territory from which everyone involved in Spanish professional football can benefit.

We need to build, to protect, to achieve. There’s no doubt that the return of La Liga this week is “moving forward,” but let’s hope for advancement, too.