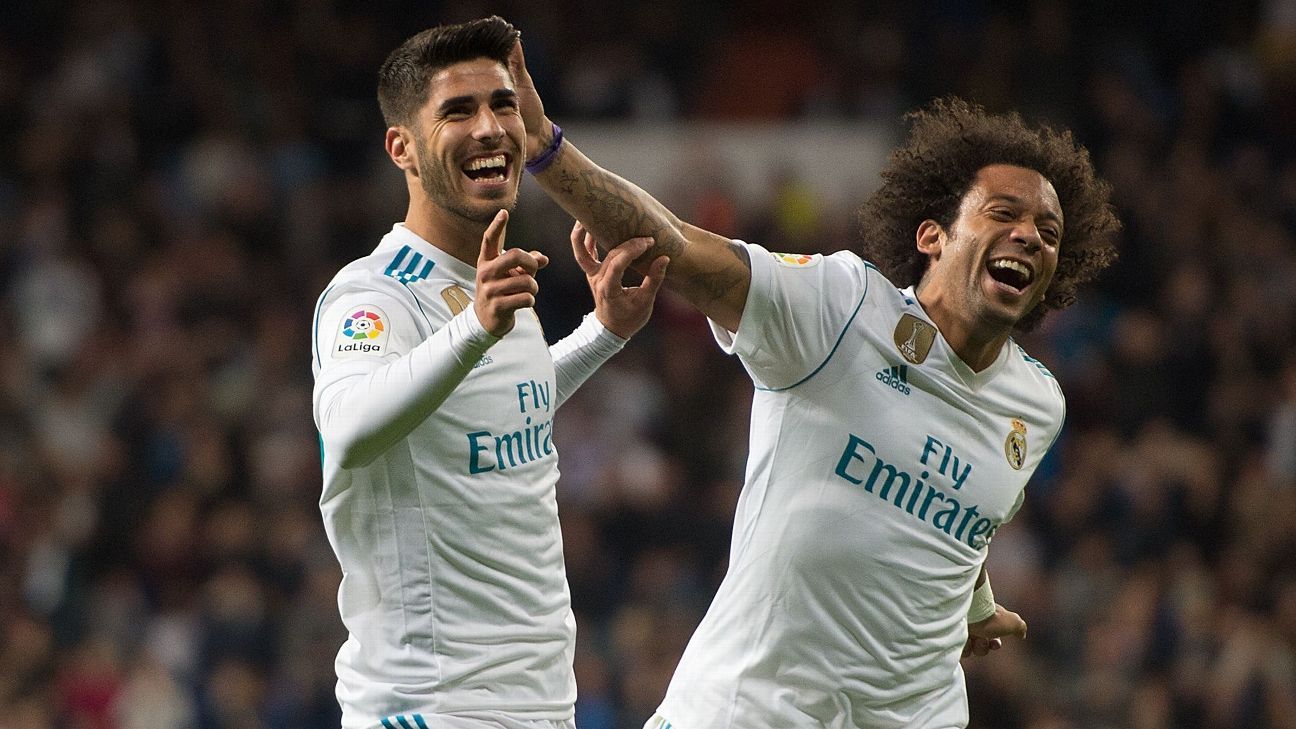 
Real Madrid remained third place in La Liga with a comfortable 3-0 defeat of Las Palmas at the Bernabeu on Sunday.

Goals from Casemiro, Marco Asensio and Isco saw the defending champs sail past Pako Ayestaran’s side and stay within eight points of early leaders Barcelona.

It took nearly a half for Real to breakthrough before Casemiro did the honours just four minutes before the break with a close-ranger header from a corner kick.

Asesnio added a touch of brilliance to the match with his strike in the 56th minute — the Spain international sweetly returning a punched goal-line clearance with a rocket into the top corner from some 25 yard away.

And Isco rounded off the scoring in the 74th, when he punched home Cristiano Ronaldo’s perfect cross from close range.

Girona followed up last weekend’s dream result with another win at Levante, jumping into the top half of the league in the process.

After upsetting the defending champions last weekend, the Catalonians were 2-1 winners at Estadi Ciutat de Valencia.

Christian Stuani was on the scoresheet again, as he was against Real, with Borja Garcia opening the scoring for Girona and Enes Unal claiming the hosts’ late consolation.

The sides were level on 11 points at kick-off but it was the hosts who made made the move towards mid-table with a decisive spell of three goals in 10 minutes.

Sergi Gomez got the ball rolling just after the quarter-hour before Spain striker Iago Aspas netted twice in quick succession to effectively kill the game.

Raul Garcia pulled one back before the break but that was as good as it got for Athletic, who have now lost four in a row.

Nicola Sansone grabbed both of the goals in the space of eight second-half minutes, to leave the visitors rooted to the basement and the Yellow Submarine in the hunt for Champions League football.

Willian Jose, Adnan Januzaj and Mikel Oyarzabal all registered for Sociedad before Joan Jordan hit back in consolation.