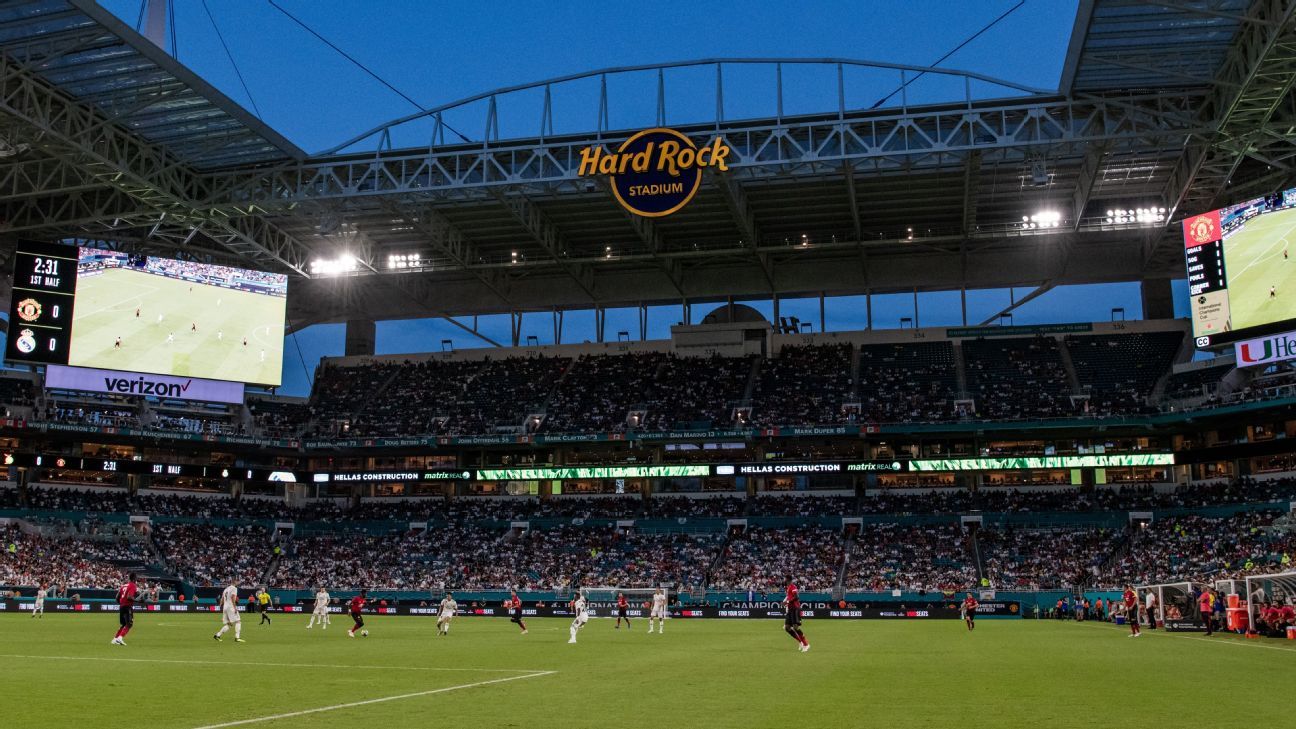 La Liga players are unanimously against playing a league game outside of Spain and have not ruled out going on strike.

Captains and players representing the Spanish top-division clubs, including Real Madrid’s Sergio Ramos and Barcelona’s Sergio Busquets, met on Wednesday afternoon in Madrid to discuss La Liga’s plans to stage a game in the United States as early as this season, among other issues.

“The players are outraged, very surprised, and are all against it. It’s unanimous,” Spanish Footballers’ Association (AFE) president David Aganzo said after the meeting, which lasted an hour.

“The players don’t want to play overseas. Things have to be done in a more coherent way and with common sense. A decision of this magnitude, that affects players, referees and fans, was taken unilaterally and is a lack of respect.”

Aganzo could not rule out the possibility of a work stoppage when asked if the players’ union is willing to strike over the issue.

“I have information that there are certain clubs that are in favour and others against this, but I represent the players,” Aganzo said. “We need to sort this out with the union, and we will tell them all of our problems. If, from then on and after a few days, they don’t answer, then we will have to solve the situation.

“We are going to try to see that it doesn’t reach that extreme [of a strike]. But we are willing to go right to the last option if it is necessary.”

La Liga announced last week that it would stage one league game in the United States as part of the 15-year agreement it signed with Relevent, the sports and entertainment company that operates the International Champions Cup, in order to promote the sport in North America and expand its brand.

Such a game could provide a financial benefit to the league and clubs, at the price of disruption to La Liga’s balanced schedule, in which each club plays all the others twice per season, once at home and once away.

“This agreement that La Liga has reached without consulting anyone shows a lack of respect,” Aganzo said. “It’s not just the game as such, in terms of health and travel, it just makes no sense to have a game played in the United States and have one team have to give up a home game.

“It cannot be that a person takes a decision of a 15-year agreement, which affects many people and without consulting. We are fed up with not being valued.”

Players are also upset by La Liga’s tight schedule, with league games being played from Friday until Monday.

“We have a few issues,” Aganzo said. “Besides the game in the United States, we are dealing with calendars and schedules that only benefit the exportation of football but not the fans or the players. The problem is the lack of common sense.

“We are getting accustomed to things that are not natural, like having a game on a Monday, and there is a time to say enough is enough. I ask [La Liga president] Javier Tebas to one day put on his football uniform and put himself in the shoes of a footballer.”

A spokesperson for La Liga told Reuters that the league had no immediate comment following Aganzo’s declarations. The AFE have a meeting scheduled with La Liga for next month.