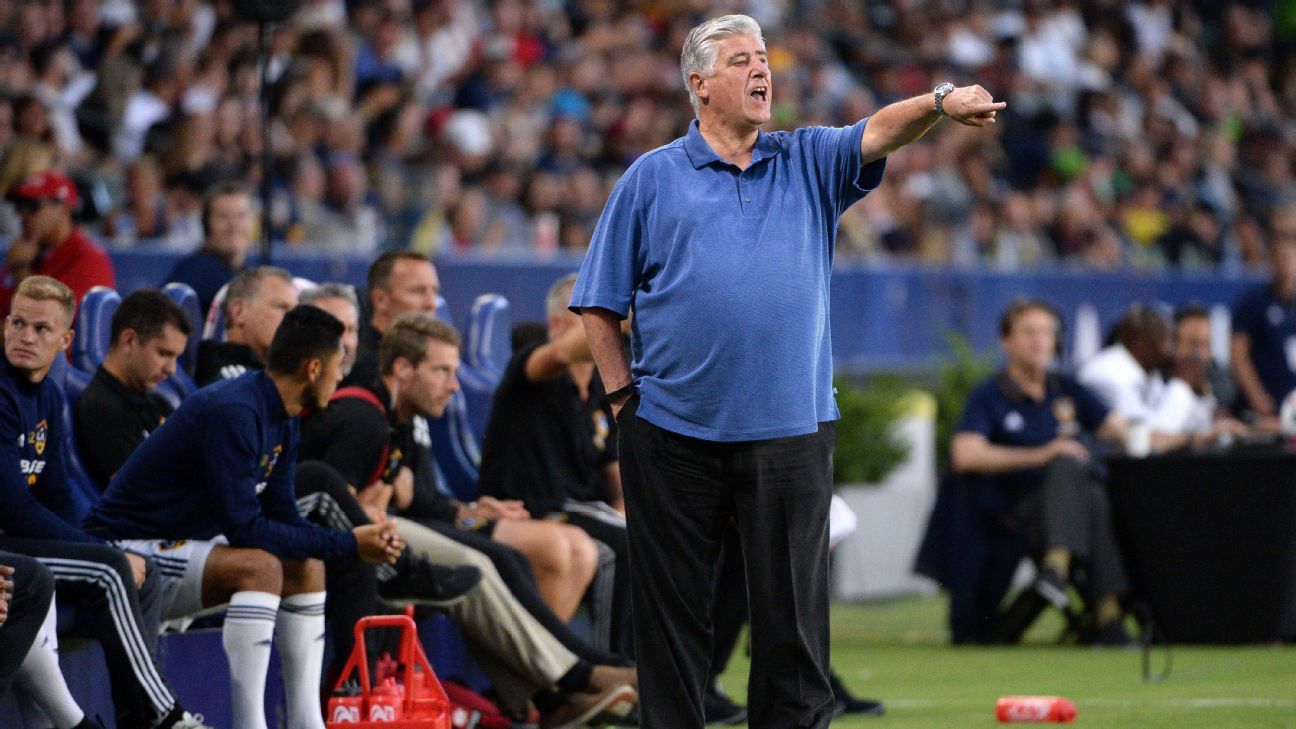 
CARSON, Calif. — One by one, the Seattle Sounders players walked up to Sigi Schmid to shake his hand and give him a hug.

Seattle, Schmid’s old team, had just drawn 0-0 with the LA Galaxy, Schmid’s new team for all of three days.

Yet they felt compelled to pay their respects. These were no cursory postgame handshakes, either. There was a warmth that was the product of hard days on the training field and trophies won.

Not every player came over, mind you. No coach is universally loved by an entire roster. But a solid chunk of the Sounders’ core made its feelings known. Seattle midfielder Nico Lodeiro never even got a chance to play for Schmid given that his signing last year was made official on the very day that Schmid was fired by the Sounders, yet he and Schmid embraced after the final whistle.

Stefan Frei, Joevin Jones and Jordan Morris did the same. Chad Marshall, whose ties to Schmid go back to the days when they were winning titles with the Columbus Crew, was next.

“I came over and gave him a big, sweaty hug,” said Marshall. “Soaked his polo.”

Some players didn’t even wait until the end of the match to show their appreciation. When the halftime whistle blew, Roman Torres and Cristian Roldan both walked over and greeted Schmid.

“It was very emotional for me,” said Roldan, who spent parts of two seasons playing for Schmid. “I sent him my best wishes. Anytime he’s not playing us, I want Sigi to succeed.

“He’s given the club so much. For myself, [he gave] all he had. He’s given me support, advice. I appreciate all that he’s done for myself and for the guys around me.”

For Schmid, the respect shown meant a great deal, especially given that the Sounders went on to achieve their burning ambition as a club — an MLS Cup victory — without him. There were deeper emotions at work as well.

“One of the most important things for me about this game is the friendships and relationships you develop,” he said in an exclusive interview with ESPN FC after the match.

“A lot of my former players have become very good friends, and there’s a lot of connections that I have to Roldan, to Morris, to Torres, to Frei and all that. That’s something that you always want to maintain.

“A lot of my former players showed up today to watch the game. It just gives you a good feeling that they care enough about you.”

Without question, the last few days have been fraught with emotion for Schmid, brought on in part by the ironic overload at work. Schmid was hired by LA a year plus a day after he was let go by Seattle. And just like Seattle last year, the Galaxy is in ninth place in the Western Conference standings and has just signed a designated player — in this case midfielder Jonathan dos Santos — who it hopes will help turn the season around.

There were additional layers underneath the surface. In the wake of Schmid’s firing last year, some relationships were damaged, but not fractured. Schmid indicated that Seattle owner Drew Carey came down for the game, and that he spoke to Sounders majority owner Adrian Hanauer in the run-up to the match. Schmid’s postgame handshake with his replacement and longtime assistant, Brian Schmetzer, seemed perfunctory — “I said, ‘Hey, we had to stop our bleeding first,'” Schmid said — but in fact the two had gotten together the night before.

Then there is the fact that Schmid is an L.A. guy, and this is the job that he has long wanted to come back to. This was the case even though the Galaxy fired him back in 2004; a shocking development given that he had won the club’s first MLS Cup two years before and the team was in first place at the time. Even as he was winning trophies in Columbus and Seattle, L.A. was still home.

“You have different dreams, and some dreams you don’t achieve,” he said. “But when this opportunity did present itself, I did pinch myself a little bit, saying, ‘Is this really happening?’

“The opportunity was something I didn’t want to pass up.”

So as gameday dawned, Schmid found himself a bit off his game in terms of his pregame preparation. The first days in a new coaching job can be overwhelming in terms of what needs to be done. Staff needs to be settled, there are meetings with players, game tape to be watched. He also found himself a bit out of practice in dealing with the gameday buzz.

“But I was probably more nervous than I’ve been for a long time before a game, just because it’s been a while, it was the opponent and stuff. I needed to get myself in the right frame of mind, settle down.”

Settle down he did. The result wasn’t the storybook start that he hoped for, but for a team that had conceded 16 goals in its last five games in all competitions, it was certainly a step in the right direction.

Schmid asked Jermaine Jones to play in a holding midfielder role, and the U.S. international delivered a disciplined, tough tackling performance. His central partner, Joao Pedro, covered tons of ground. The defense was stout, though Jelle Van Damme’s two yellow cards will now see him suspended for two games, one for yellow card accumulation and another for the ejection. The attack showed promise but still needs some refinement. Jonathan dos Santos is on the way. All of that is just a start, however.

Schmid will be more focused as well, especially now that the first game is out of the way, and a little more distance has been created between last year’s disappointment.

“I try not to think about the emotion because otherwise I’ll tear up and cry,” he said about coaching against the Sounders. “I don’t want to do that. My heart right now is LA Galaxy.”

And now it’s back where it belongs.