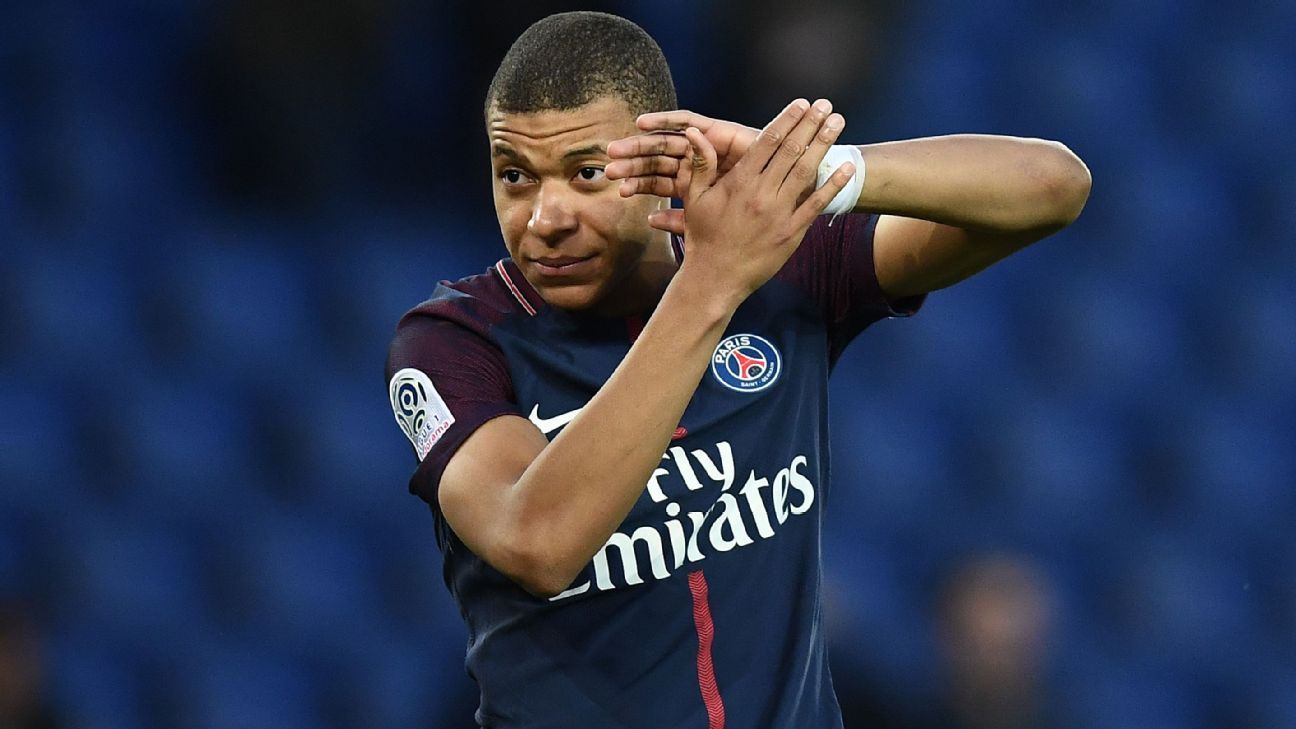 
Kylian Mbappe has laughed off suggestions Neymar could leave Paris Saint-Germain in the summer, telling Telefoot speculation regarding his future is “just hot air.”

Currently sidelined after surgery on a broken foot, Neymar has seen himself linked with a return to Barcelona and a €400 million transfer to Real Madrid in recent weeks.

The 26-year-old, who signed a five-year contract following a world-record move from Barca last summer, is expected to return to the pitch to take part in PSG’s final matches of the season before playing for Brazil at the World Cup.

Mbappe, who could face his club teammate in Russia this summer while playing for France, is convinced he will be playing alongside Neymar again for PSG next season.

“He sends me messages regularly to encourage me on the pitch,” Mbappe said. “I sent him a message to get well soon, get playing again and then have a good World Cup — but not to win it.

“Regarding his future, there is no question of that. It was just destabilisation, and as it was a big thing, the media had to keep it going, but it’s just hot air.”