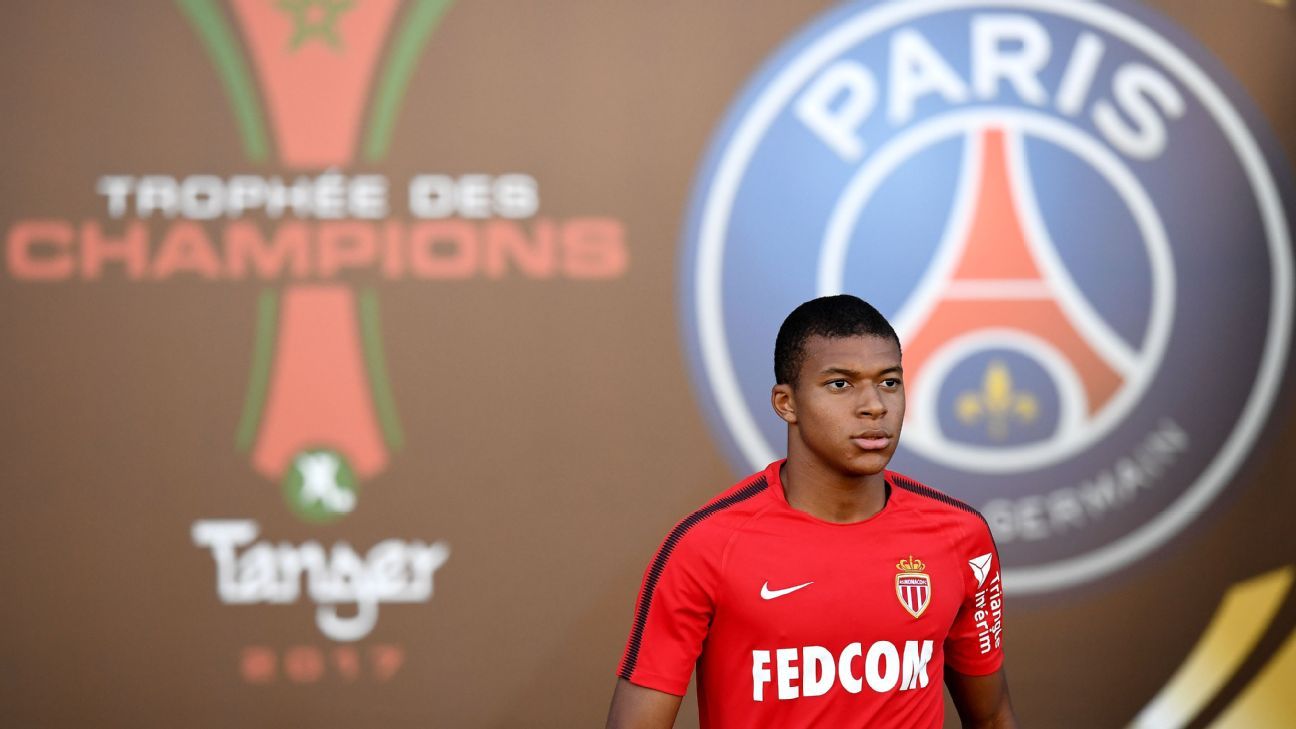 
Kylian Mbappe has told L’Equipe he loved speaking to Pep Guardiola, but rejected Manchester City’s approach because he had wanted to stay in France.

Mbappe was officially presented as a Paris Saint-Germain player this week after joining the club on loan from Monaco, who will receive up to €180 million after a purchase option is taken up next summer if PSG avoid relegation from Ligue 1.

The 18-year-old said he had met Guardiola after the end of last season to discuss a potential move to England, and had enjoyed their chat.

“He’s a coach who lives and breathes football,” he said. “He has won everywhere and he transmits his passion, he really gives you a desire to play, to just think about the game, because he only talks about the game. He doesn’t talk at all about what happens around it.

“Coach Emery also talks a lot about the game. I love coaches who only talk about the game, because that is what interests us. Those two coaches have a passion for football that goes above and beyond their profession. It’s good to work with people like that.

“When I saw him, we talked tactical setups, the way in which he would use me. We talked more about that than my qualities, because I know myself better than anyone. Even Guardiola can’t tell me what I already know. I didn’t say ‘no’ to Guardiola, I said ‘no’ to Manchester City.”

City were not the only team disappointed. Real Madrid were also in the hunt for the teenager, who has gone from promising youngster to established senior France international in the space of 12 frenetic months.

Mbappe said he had turned down the opportunity to join the European champions with playing time and his reputation in his native country uppermost in his mind.

“It’s not a question of certainty [of playing], because you never have certainty. That’s a load of rubbish. No one’s going to write into your contract that you’re certain of playing here or there. But I felt that in Paris, I was more likely to than in Madrid,” Mbappe, who could play just his 42nd Ligue 1 game in PSG’s encounter with Metz on Friday, said.

“It was important for me to stay in my country. To do six months and then leave like a thief in the night, that’s not worthy of the greats. Great players win everywhere they go. In France, I didn’t feel I had earned that respect that would make me a great player.”

Mbappe had planned on doing that in Monaco for at least another season.

The youngster, who was born in the Paris region but joined the Monaco youth academy, only signed his first professional contract in summer 2016, and had been intent on heading into the second of his three-year deal.

However, he said circumstances had changed over the summer, details of which he promised to provide at a later date.

“When I finished the season in May, I was staying,” Mbappe said. “There was nothing else in my head. When I met the coaches [like Guardiola], I said to them — and they can confirm it — my priority was Monaco. And if Monaco did what was required, I would stay. There was no question of going elsewhere. After that, things happened that changed my position.”