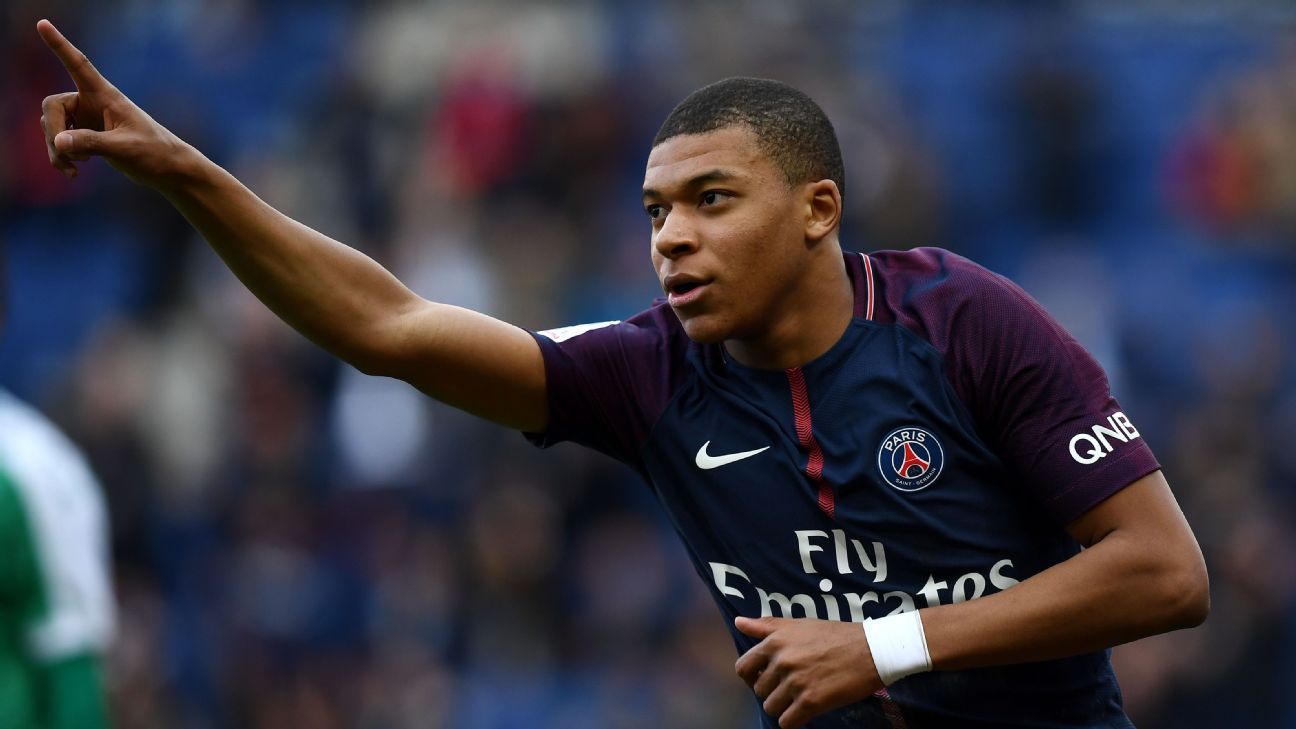 
PARIS — Paris Saint-Germain have opened up a provisional 17-point lead at the top of Ligue 1 after a Kylian Mbappe doubled ensured a 2-1 win over Angers at Parc des Princes on Wednesday, despite Karl Toko Ekambi’s late consolation effort.

Mbappe has been criticised because of his recent dip in form and the France international himself has admitted that his recent performances have fallen short of expectations. Therefore he answered his own criticism with two first-half goals and came close to completing his first PSG hat-trick when he hit the woodwork after the break.

Motta’s straight red card was disappointing but totally deserved. The veteran Italy midfielder’s frustration with the way this season has gone is understandable, but his behaviour will have only exacerbated that. His early exit meant that PSG were outnumbered for over an hour and although Unai Emery’s men ultimately won, they were holding on at times.

Overall the early kick-off time created a limp atmosphere at Parc des Princes, to nobody’s surprise, so the match was devoid of much passion.

6 — Emery’s starting XI was strong enough to dispose of Angers with and then without Motta, but the the substitutions did little to strengthen the side after going down to 10 men.

GK Kevin Trapp, 7 — Author of an excellent late save, he atoned for questionable play on Toko Ekambi’s consolation goal with a stop that was worth all three points.

DF Dani Alves, 5 — Handed the start with Thomas Meunier unavailable, it was not his best outing and he picked up a second-half booking.

DF Thiago Silva (c), 6 — Paired well with Presnel Kimpembe but will be disappointed with how he and his back line were torn into late on.

DF Presnel Kimpembe, 6 — More or less solid alongside Silva, he will also know that he could have done more to stem the tide of Angers pressure late on.

DF Layvin Kurzawa, 5 — Recalled after being dropped against both Real Madrid and Metz, he teed up Mbappe for the second goal but was otherwise disappointing.

MF Thiago Motta, 2 — Shown a deserved straight red card early on for a nasty stamp on Romain Thomas, he illustrated why he’s approaching the end of his time with PSG and possibly his professional career.

MF Marco Verratti, 7 — Aside from Mbappe, he was probably the best performer for the hosts and had a second-half goal disallowed for offside.

MF Julian Draxler, 7 — Another bright spot for Emery’s men, he assisted Mbappe for the opener and looked dangerous until he was substituted after 76 minutes.

FW Kylian Mbappe, 8 — The scorer of two goals, the woodwork denied him a third but he was PSG’s most dangerous player by quite some distance.

FW Edinson Cavani, 4 — Starved of service, the Uruguay international suffered in front of goal and was withdrawn after just 58 minutes.

FW Angel Di Maria, 5 — Not one of his best performances in 2018 and better will be expected of him in Nice this weekend unless Draxler is picked ahead of him off the back of this match.

MF Adrien Rabiot, 4 — Given just over half an hour in place of Cavani, he was far from his usual level and is suffering through quite a drastic recent dip in form.

MF Giovani Lo Celso, 6 — Allowed a 22-minute run-out, he did reasonably well and could start in defensive midfield in Nice given Motta’s suspension.

MF Christopher Nkunku, NR — Despite three goals in his last three appearances, he was a substitute and only given 14 minutes at the end when PSG were playing largely on the defensive.