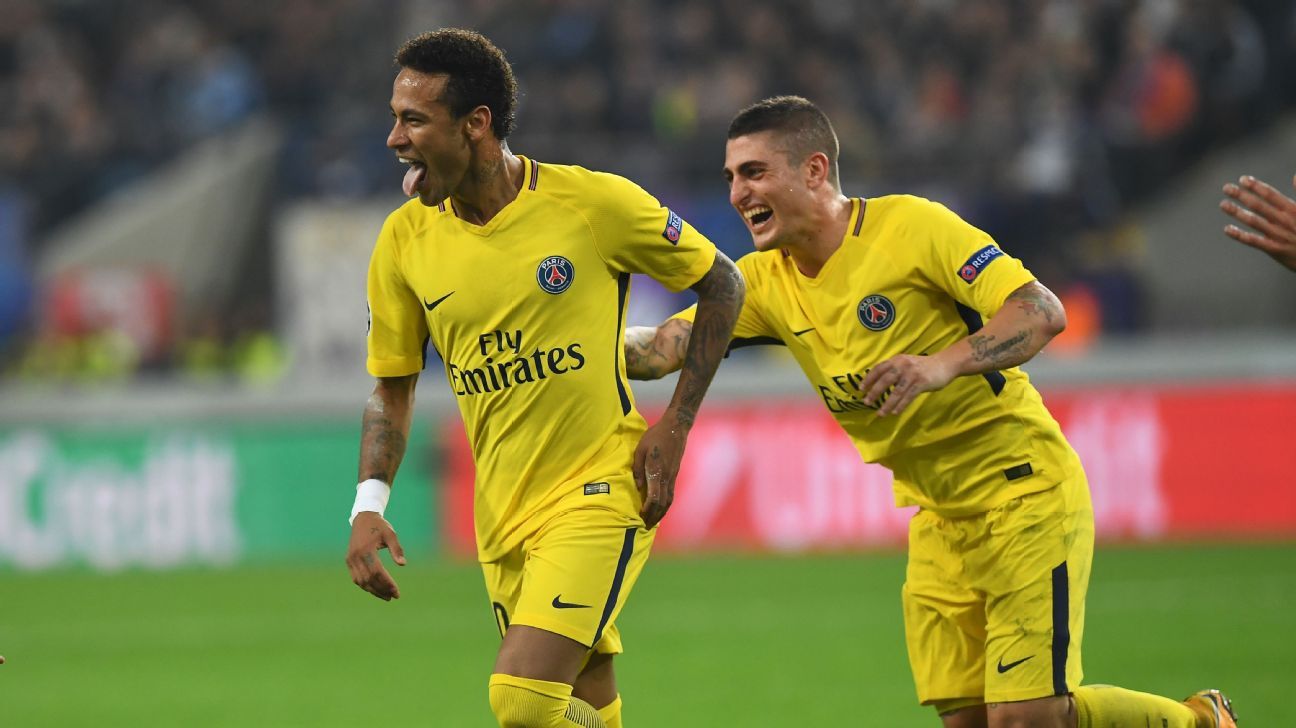 
Paris Saint-Germain have nine points from a possible nine in UEFA Champions League Group B after a flattering 4-0 win away at Anderlecht on Wednesday thanks to goals from Kylian Mbappe, Edinson Cavani and Neymar — MCN — as well as late substitute Angel Di Maria.

Three matches into this season’s group stage and the French capital outfit have nine points and have scored 12 goals without reply. Regardless of the underwhelming nature of the collective display from Unai Emery’s men at Constant Vanden Stock Stadium, home wins against Anderlecht and Celtic should mean that even a defeat away at Bayern Munich will not knock them off the Group B summit.

Considering how vulnerable PSG looked in defence, particularly at left-and right-back, it is something of a miracle that the Ligue 1 outfit managed to shut their Belgian hosts out. Arguably the biggest factor in PSG’s clean sheet was their goalkeeper, Alphonse Areola. The youth academy graduate made a number of good saves, particularly in the first half, as his confidence continues to grow between the sticks.

Like we saw away at Dijon in Le Championnat last weekend, the French giants were not at their best and rapidly lost interest after Mbappe’s opener. PSG’s superior individual quality enabled them to win comfortably (score-wise) in the end but stronger opponents could have punished the disinterest shown by Emery’s side.

There were struggles in defence and in the midfield as well. The full-backs, notably Layvin Kurzawa, were poor in Brussels and consequently, the defence was all over the place at times in the first half. Although Marco Verratti started well, the trio of the Italy international, compatriot Thiago Motta and Frenchman Adrien Rabiot were less than spectacular over the 90 minutes.

7 — Emery’s starting XI was a classic possession-based 4-3-3 setup, and although it was ultimately enough, there is room for improvement. One or two players should find their starting roles under threat.

GK Alphonse Areola, 8 — The Frenchman ensured that his teammates were not shown up for switching off. He had a string of impressive saves in the first half and has yet to concede a goal in this edition of the Champions League.

DF Dani Alves, 4 — The Brazil international was given the runaround by Henry Onyekuru in arguably his worst PSG display. Considering it was his return to Belgium, Thomas Meunier could, and perhaps should, have replaced the 34-year-old.

DF Marquinhos, 6 — The rising Brazilian star and Presnel Kimpembe form a promising central defensive partnership but what is the point when their full-backs, particularly Kurzawa cease to exist?

DF Presnel Kimpembe, 6 — Like Marquinhos, the youth academy graduate was solid enough but made to look more vulnerable than usual by Alves and Kurzawa’s struggles.

DF Layvin Kurzawa, 3 — Poor. Each passing game is another ringing endorsement for Yuri Berchiche to replace the France international in the starting XI.

MF Thiago Motta, 6 — Despite a booking early in the second half, the veteran Italian was more or less solid until he was replaced by Julian Draxler after 71 minutes.

MF Marco Verratti, 6 — The Azzurri star started very, very well and provided Mbappe with a sublime pass for his opening goal after three minutes. However, after that, the 24-year-old tailed off and was replaced by Giovani Lo Celso with 15 minutes left.

MF Adrien Rabiot, 5 — The France international grew into the match in the second half but was guilty at times in the first of letting the midfield get overrun. Not his best run of form at present.

FW Kylian Mbappe, 7 — The youngster combined the sublime with the frustrating. The 18-year-old took his goal well just three minutes in, but his profligacy from Dijon caught up with him again. He also assisted Cavani’s headed effort but was booked early in the second half.

FW Edinson Cavani, 6 — El Matador took his goal well and had two more ruled out for offside before Angel Di Maria replaced him after 74 minutes.

FW Neymar, 7 — A Ronaldinho-esque free kick salvaged what would have been an otherwise disappointing evening for the Brazilian superstar. Although there were some brief flashes of magic and he was involved in the build-up to Cavani’s goal, the 25-year-old appears to be in a bit of a slump after the most recent international break.

MF Julian Draxler, NR — With 19 minutes to go, the Germany international was sent on to replace Motta but it was not in his preferred position.

FW Angel Di Maria, NR — The Argentine was given 16 minutes in place of Cavani late on and he added the fourth goal with a chipped finish. He could have added a late second to make it 5-0.

MF Giovani Lo Celso, NR — The ex-Rosario Central youngster replaced Verratti after 75 minutes but that was not enough time to really impose himself.