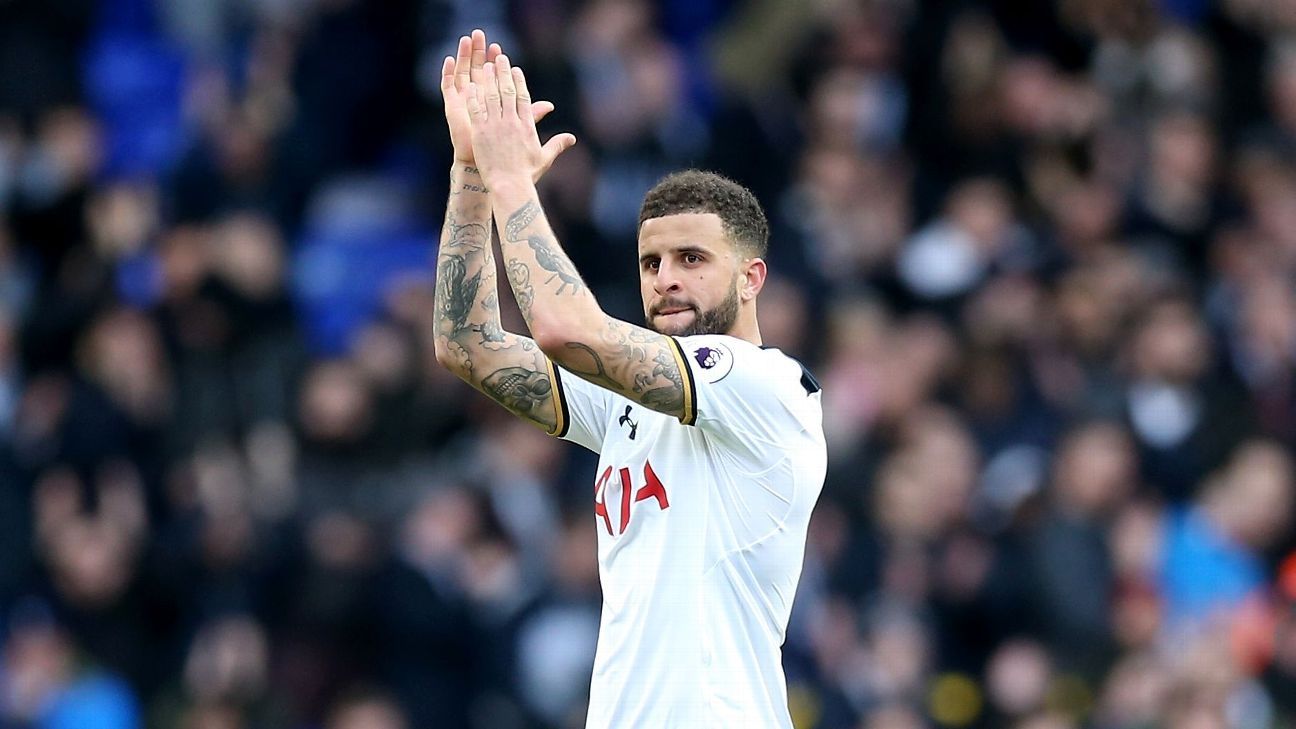 
Manchester City have completed the signing of Tottenham defender Kyle Walker in a world-record deal for a defender.

Sources told ESPN FC on Thursday that the clubs had agreed a fee of £50 million for the right-back, surpassing the £47.5m that City paid Everton for John Stones a year ago.

The deal also breaks the record for an English player, previously set by Raheem Sterling’s £49m move to City from Liverpool in 2015.

Walker, 27, has signed a five-year deal and will join up with City’s first-team squad on Monday when they fly out on their preseason tour to the United States. He will wear the No. 2 shirt.

Pep Guardiola identified the England international as a top target after allowing right-backs Pablo Zabaleta and Bacary Sagna to leave on a free transfer at the end of last season.

City stepped up their interest after missing out on the free transfer of Dani Alves, who opted to move to Paris Saint-Germain instead after leaving Juventus.

“I am thrilled to be signing for City and can’t wait to get started,” Walker told City’s website. “Pep Guardiola is one of the most respected managers in the world and I feel he can help me take my game to a new level.”

Walker has been a senior figure at Tottenham for the past six seasons, making 229 appearances for the club, while he has twice been named in the PFA Team of the Year, including last season.

“Tottenham is a great club that helped me get to where I am now,” Walker said. “But sometimes your path is not there, you have to move on.”

Walker also said Guardiola told him he would “fit into his style of play really well” as City’s full-backs look to add pace and energy into attacks.

“Attacking is a big part of my game but as I said countless times, I’m a defender,” Walker said. “That’s first and foremost. If I can go and give something offensively that’s going to be a positive for the team, it’s going to give us an extra edge that we can hopefully bring teams down with to go and get the win.”

City director of football Txiki Begiristain added: “Kyle is a fine full-back, one capable of producing quality at both ends of the pitch.

“We’ve followed his progress at Tottenham and have been really impressed by how he has developed. He is now one of the best right-backs in the Premier League and justifiably an England regular. I am sure he will be a success at Manchester City this season and beyond.”

City are also reportedly closing in on a deal for Monaco left-back Benjamin Mendy.