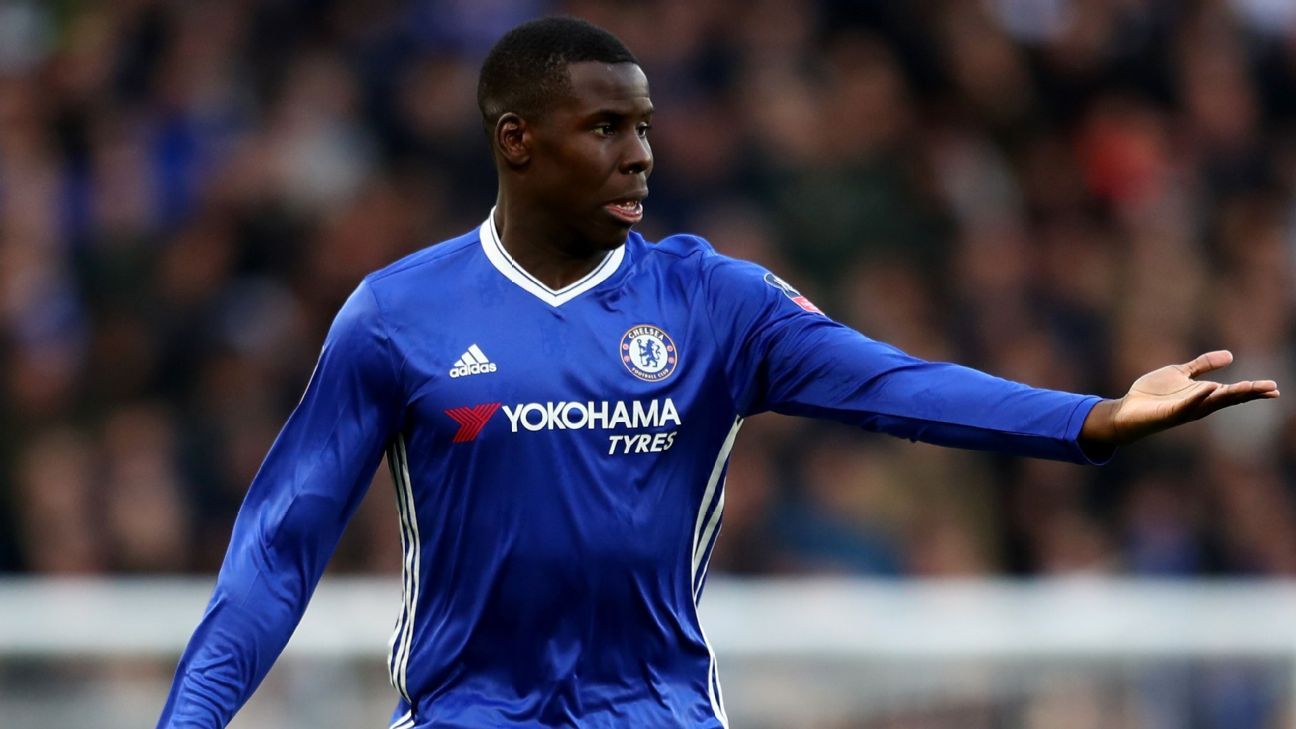 
Chelsea defender Kurt Zouma has told France Football he is committed to fighting for a first-team place despite speculation linking him with a loan move.

The Premier League champions are pursuing several high-profile transfer targets as they prepare to return to the Champions League next season, with Virgil van Dijk and Leonardo Bonucci among those reported to be interesting them.

Any defensive reinforcements would push Zouma — who made nine Premier League appearances after returning from a serious knee injury last season — further down the pecking order, and reports have said the 22-year-old has been made available for loan.

But with Chelsea facing a more crowded fixture list next season, Zouma is confident that he will get a chance to impress.

“I’m very good at Chelsea,” he said. “I hear rumours, it’s flattering. That means I’m a player who’s being watched.

“But I’m not stuck on that. My main aim is to stay at Chelsea. Next season we’ll start from scratch, there will be a lot more games. The cards will be put back on the table. It’s up to me to get the job done.”

Coach Antonio Conte made a point of including Zouma in his pre-season tactical sessions last summer as he completed his rehabilitation from injury, and he said he felt his manager’s preparation and passion were his greatest qualities.

“He’s given us his Italian touch,” Zouma said. “Tactically, he’s very exact about every detail. Have I learned to love tactics? Ah yes. I have understood their importance.

“The coach doesn’t joke around with that. He’s very detailed, and wants everything to be perfect.

“He leaves his mark on everyone. He lives the thing 100 percent… sometimes you see him do it and we laugh about it.”